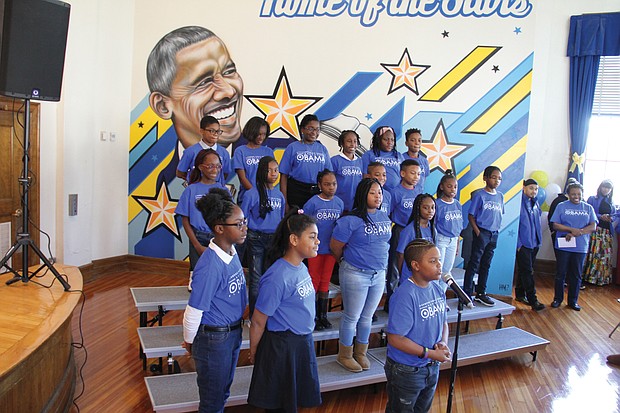 The Barack Obama Celebration Choir sings an original song, “O,” about the former president during last Friday’s dedication ceremony. A mural by Richmond artist Hamilton Glass is behind them.

It was an Obama love fest last Friday as students, teachers, officials and special guests dedicated Barack Obama Elementary School, the North Side school built in 1922 and previously named for a Confederate general that was renamed in September 2018 to honor the nation’s first African-American president.