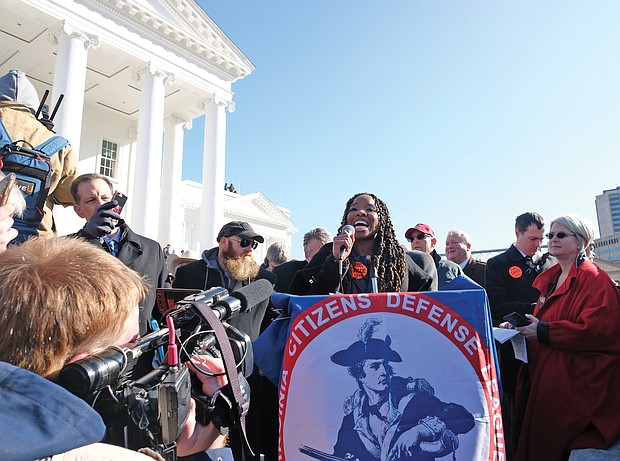 Antonia Okafor of Texas addresses the crowd inside Capitol Square, where guns were not allowed. She was the sole African-American speaker at the rally.