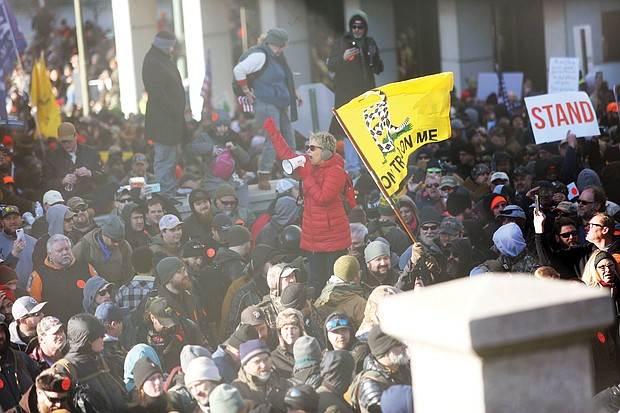 Roxanne Christley of Roanoke addresses the crowd outside the fencing on Capitol Square where thousands of people were able to openly carry weapons.