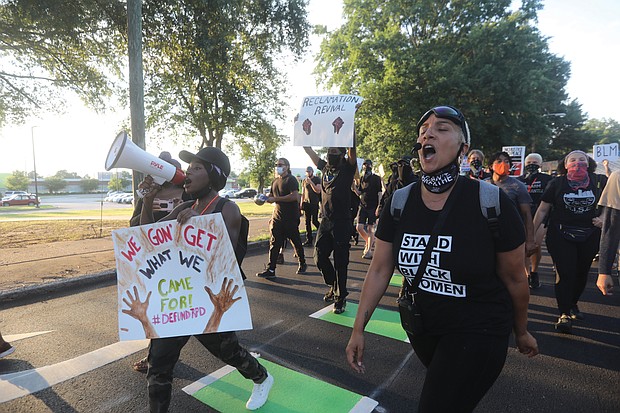 Naomi Isaac, left, and Chelsea Higgs Wise lead a group called “Defend Black Life” during Sunday’s march to City Hall from Martin Luther King Jr. Middle School. The group seeks a range of police and justice reforms, including establishing an independent civilian review board to investigate alleged police misconduct and reopening the case of Marcus-David Peters, the 24-year-old biology teacher who, naked and unarmed, was killed by a Richmond Police officer in May 2018 during what has been described as a mental crisis.