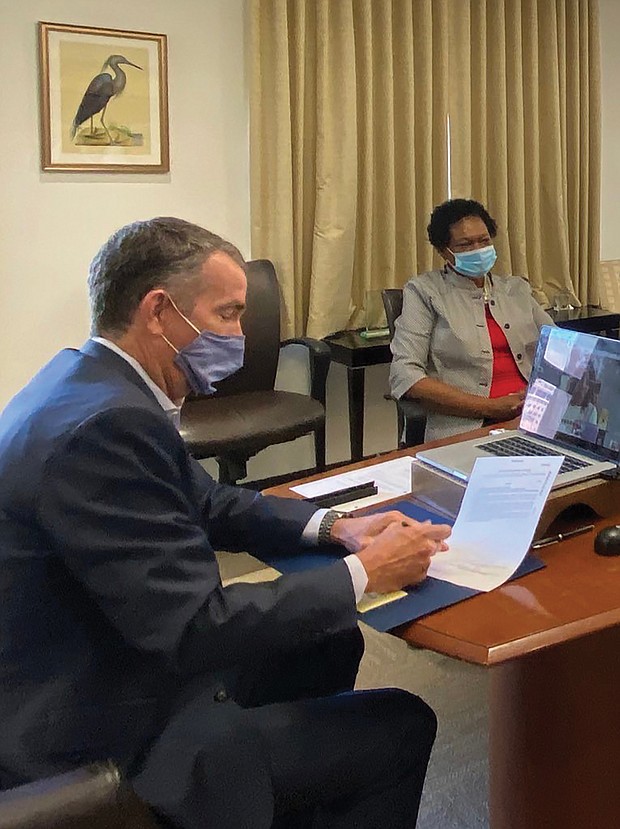 Gov. Ralph S. Northam holds a ceremonial signing into law event for Virginia’s new CROWN Act, legislation that bans discrimination in the workplace and at schools based on a person’s choice of hairstyle, including locs, braids, Afros or curls. The law, which went into effect
July 1, was sponsored by Delegate Delores L. McQuinn
of Richmond, who was present during the ceremonial signing on July 23 in the governor’s office, and Sen. Lionell Spruill Sr. of Chesapeake, who participated virtually. Virginia is the fourth state in the nation — and the first in the South — to pass the Crown Act. Crown stands for Create a Respectful and Open World for Natural Hair.