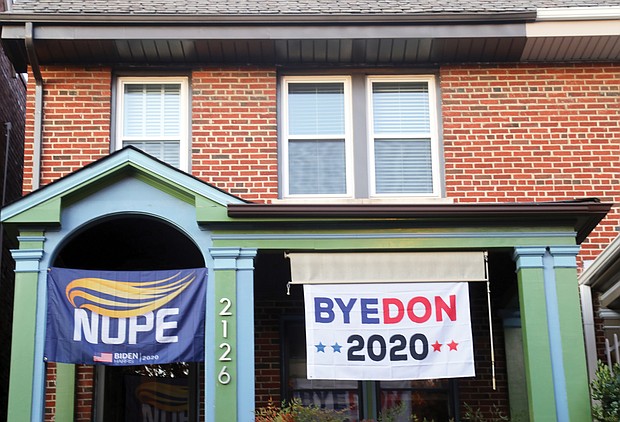 Banners at two homes in the near West End exemplify the views of many who hoped this election would bring an end to Donald Trump’s presidency. Expectations that Democrats Joe Biden and Kamala Harris would win the election proved accurate after they were announced as the winners in Pennsylvania last Saturday, ensuring they had won in enough states to gain the required 270 electoral votes.