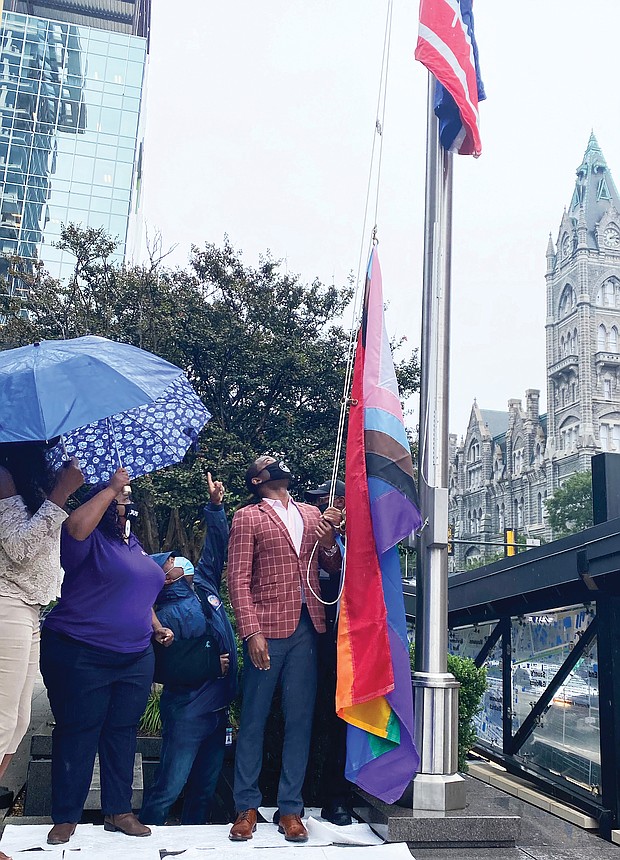 Mayor Levar M. Stoney prepares to raise the Progress Pride flag outside City Hall’s Broad Street entrance. It is the first time a symbol of the gay community has flown outside the 18-story municipal center in Downtown. The multicolored flag went up last Friday in recognition of Richmond’s annual PrideFest weekend and flew through Wednesday when Virginia PrideFest Month ended. The mayor stated the flag was raised to let LGBTQ Richmonders “know that this city stands behind them.”
The Progress Pride flag was chosen because, along with traditional rainbow colors, it incorporates additional stripes to symbolize the inclusion of African-Americans, Latinos, people of color, transgender individuals and those living with HIV/AIDS. Lacette Cross and Louise “Cheezi” Farmer, founders of Black Pride RVA, were among the participants at the upbeat ceremony. Black Pride RVA also received Virginia Pride’s annual Firework Award for being catalysts for community change.