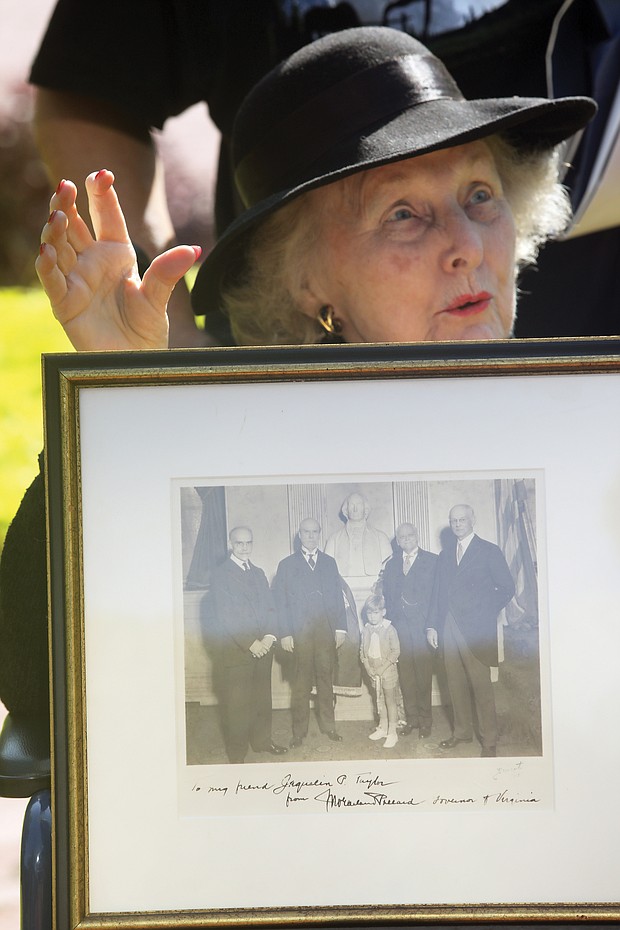 Helen Marie Taylor, 96, is taken by wheelchair to the John Marshall Courts Building in Downtown on Monday, where she sat in a hearing by Monument Avenue residents to keep the statue of Confederate Gen. Robert E. Lee in place. Ms. Taylor wants to halt the statue’s removal. She holds a photo taken with a descendant of one of the Confederates whose bust was removed earlier this year from the State Capitol.

The General Assembly appears to have torn away the foundation of a lawsuit seeking to stop Gov. Ralph S. Northam from removing the statue of Confederate Gen. Robert E. Lee from Monument Avenue — the giant symbol of white supremacy that has loomed over the city since 1890.