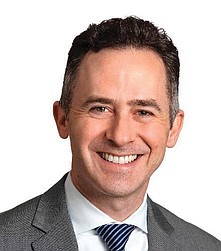 Richmond Public Schools student Standard of Learning (SOL) scores are among the lowest in the state of Virginia this year.

Despite thousands of unused Chromebooks, RPS plans to buy 4,000 more

Three months ago, the Richmond School Board was told that the school system had enough Chromebooks to provide every student with a laptop “for years to come.” Now the board is being advised that Superintendent Jason Kamras’ administration plans to buy at least 4,000 more Chromebooks using a newly awarded federal grant.

Richmond Public Schools’ Standard of Learning test scores remain below pre-pandemic levels, coming in the same for reading, but falling in math and science when compared with scores from last year.

Starting pay for Richmond schoolteachers will top $50,000 for the first time after July 1.

Nearly four weeks after approving the 2022-23 budget, the Richmond School Board is still struggling to complete a final version with all line items filled in to send to City Hall and City Council.

The Richmond School Board is still trying to come up with a finished spending plan to send to City Hall so it can be included in the proposed 2022-23 budget that Mayor Levar M. Stoney will present to City Council on Friday, March 4.

Fully fund computer-based learning. And maintain the current cadre of 21 family and community engagement ambassadors who are critical to keeping Spanish-speaking students engaged with Richmond Public Schools. That was the gist of the message that parents, teachers and other speakers passionately expressed to the Richmond School Board Monday night during a public hearing on the proposed budget that board members are now working to finalize.

Richmond teachers would get a 5 percent raise, the largest in years, while 33 new people would be added to the Richmond Public Schools payroll.

If Gov. Ralph S. Northam’s proposal to increase teacher and school staff pay by 10 percent over the next two years wins support from the General Assembly, Richmond taxpayers could feel the impact.

Richmond Public Schools is considering a fourth option in adjusting the academic calendar for the 2022-23 school year.

Richmond Public Schools has reported that 2,700 fewer students were enrolled Sept. 30 as the new school year began than in 2019 before the start of the pandemic.

In a stunning 180-degree turn, the Richmond School Board reversed its mandate that teachers and staff be vaccinated against COVID-19 or forfeit their pay and possibly ultimately be fired.

The Richmond School Board and schools administration debated the future of who will be contracted to provide meals to the city’s 24,000 students and what they will eat after last week’s public outrage over the condition, quality and nutritional value of the “Grab and Go” meals delivered to schools daily by provider Preferred Meals.

Richmond schools Superintendent Jason Kamras presented to the School Board a list of recommendations designed to re- imagine the day-to-day roles of those charged with security in schools.

Richmond schools Superintendent Jason Kamras presented a proposal to the School Board Monday night to re-imagine the role of school resource officers, or SROs, the police hired to provide public safety in the city’s public schools.

Richmond Public Schools teachers, staff, cafeteria workers, bus drivers, volunteers, contractors and anyone else working with the district must be fully vaccinated against the corona- virus by Friday, Oct. 1.