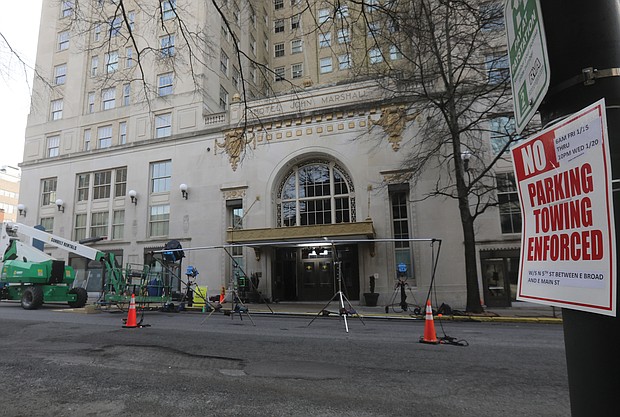 The Residences at the John Marshall on 5th Street in Downtown became a setting Tuesday for a new TV miniseries, “Dopesick” that is to stream on Hulu. The production is based on Beth Macy’s book, “Dopesick: Dealers, Doctors and the Drug Company that Addicted America.” The production arrived in the city as separate CBS crews continued work on another miniseries, “Swagger!,” that focuses on youth basketball, coaches and players’ families and was inspired by the life experiences of NBA superstar Kevin Durant. The network has yet to announce a release date for the 10-part series that was filmed largely in Gilpin Court and other areas of the city.