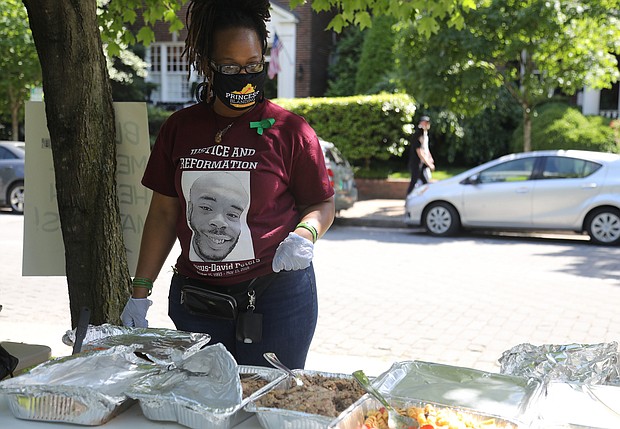 Remembering her brother-Princess Blanding hosts a community remembrance of her brother, Marcus-David Peters, last Saturday on the third anniversary of his death. Mr. Peters, a 24-year-old Virginia Commonwealth University honors graduate and biology teacher, was shot and killed May 14, 2018, by a Richmond Police officer as he was experiencing what some have described as a mental health crisis just off Interstate 95. Ms. Blanding held the anniversary gathering on Monument Avenue, near the Lee monument circle that some renamed Marcus-David Peters Circle. She and other family and friends honored Mr. Peters’ life and called for a federal investigation into his death. Ms. Blanding is running as a Liberation Party candidate for governor.