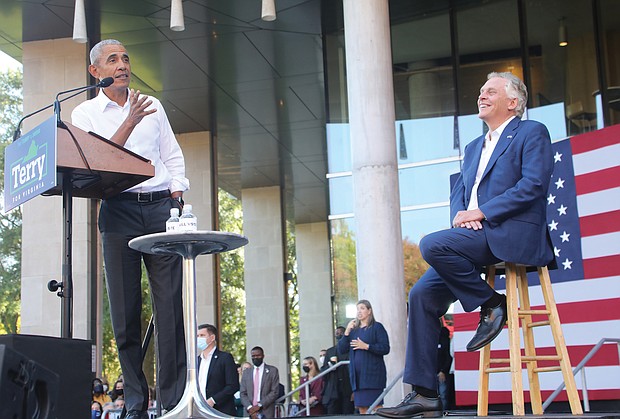 Former President Obama fires up a crowd of nearly 3,000 people last Saturday as he campaigned for Democratic gubernatorial candidate terry McAuliffe on the campus of Virginia Commonwealth University.

Former President Obama brought a welcome gift to Democrat Terry McAuliffe in his campaign for governor – a surge of energy ahead of Election Day next Tuesday, Nov. 2.