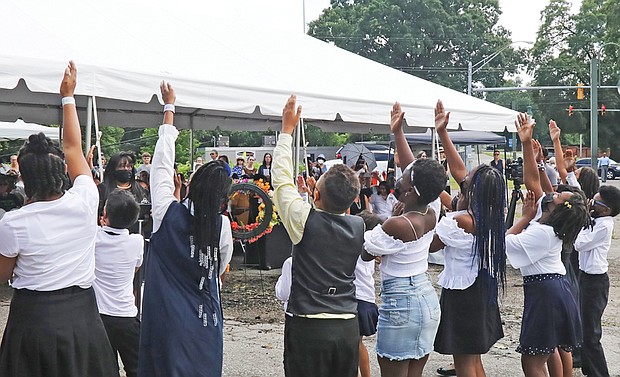 The choir from Swansboro Elementary performs at the cemetery. The city opened the cemetery in 1816 as the last resting for slaves and free Black people and offered burials there until 1879. Now considered the largest municipal cemetery for Black people in the country, the 30-acre burying ground was promptly forgotten, with the city selling off pieces while allowing railroad tracks and highways to be run through the gravesite. The city recently repurchased 1.5 acres; Monday night, City Council incorporated the cemetery into plans for a slavery memorial and museum that are to be developed next to Main Street Station.