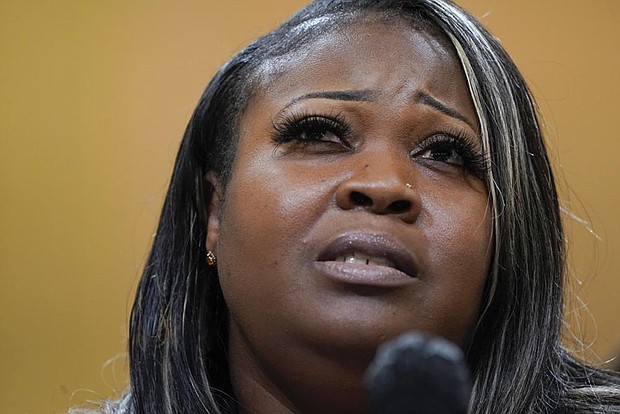 Wandrea “Shaye” Moss, a former Georgia election worker, testifies Tuesday as the House select committee investigating the Jan. 6 attack on the U.S. Capitol continues to reveal its findings of a year-long investigation, at The Capitol in Washington.

What we’ve learned, and what’s next

The House committee investigating The Capitol insurrection heard from election workers and state officials on Tuesday as they described former President Trump’s pressure to overturn his 2020 election defeat. On Thursday, the nine-member panel will hear from former Justice Department officials who refused Trump’s entreaties to declare the election “corrupt.”