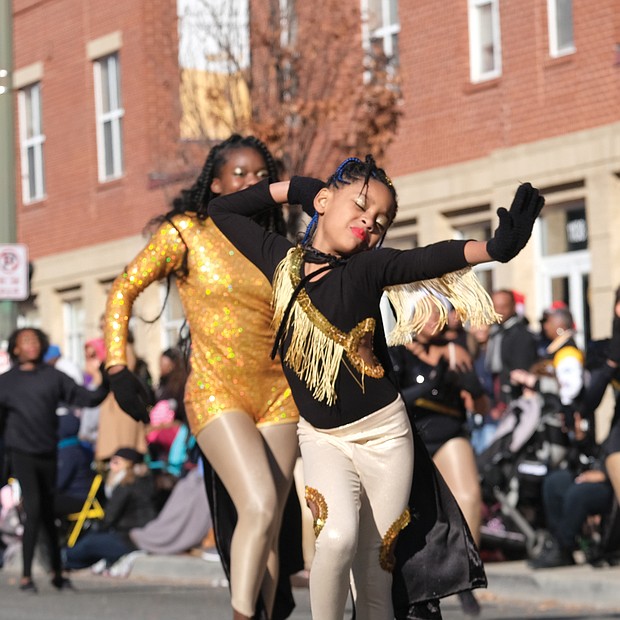 Members of the Dangerous Royalettes Dance Team strut their stuff in the 36th Annual Christmas Parade last Saturday. Thousands of spectators lined the 2-mile route along Broad Street between the Science Museum of Virginia and 7th Street in Downtown to watch an array of floats, marching bands, character balloons bring the holiday spirit. 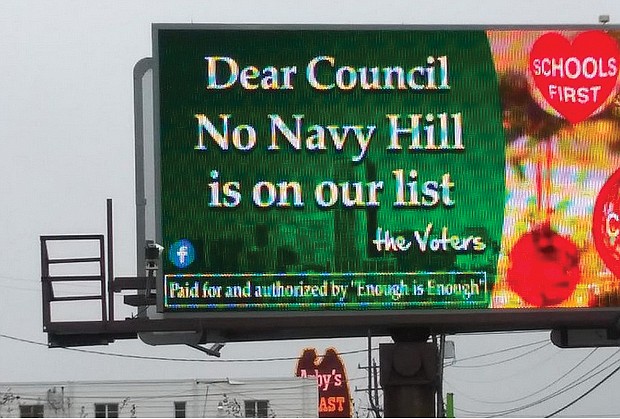 Community activist Farid Alan Schintzius is once again using billboards to send a message on a major Richmond proposal. This is one of two new messages he and a group of like-minded opponents of the proposed $1.5 billion Coliseum replacement plan have installed to counter the push by Mayor Levar M. Stoney and the Navy Hill District Corp. to advance the project. The electronic billboard seen here is in the 5900 block of West Board Street facing eastbound traffic. Another is on Interstate 195, according to Mr. Schintzius. In 2014, Mr. Schintzius was involved in using billboards to oppose the plan to relocate Richmond’s ballpark to Shockoe Bottom under a redevelopment plan that then Mayor Dwight C. Jones was promoting. That plan ultimately failed. 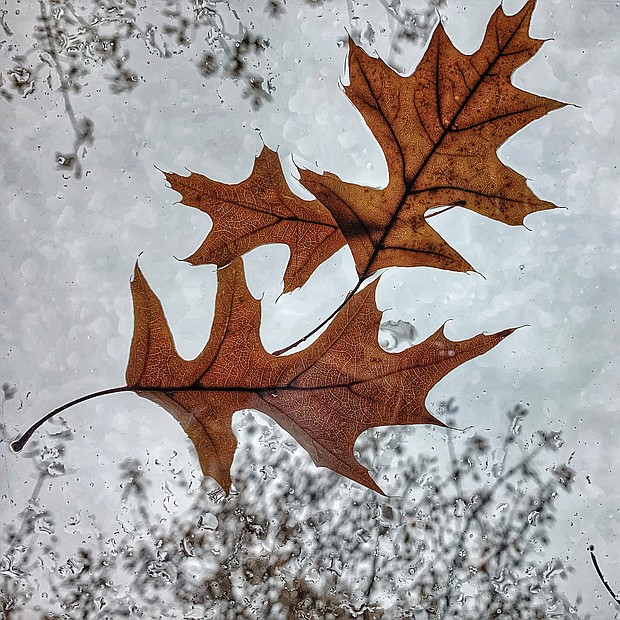 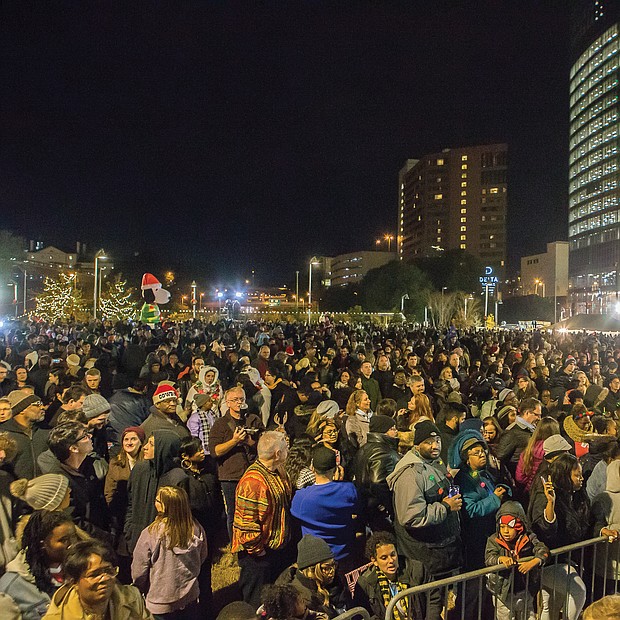 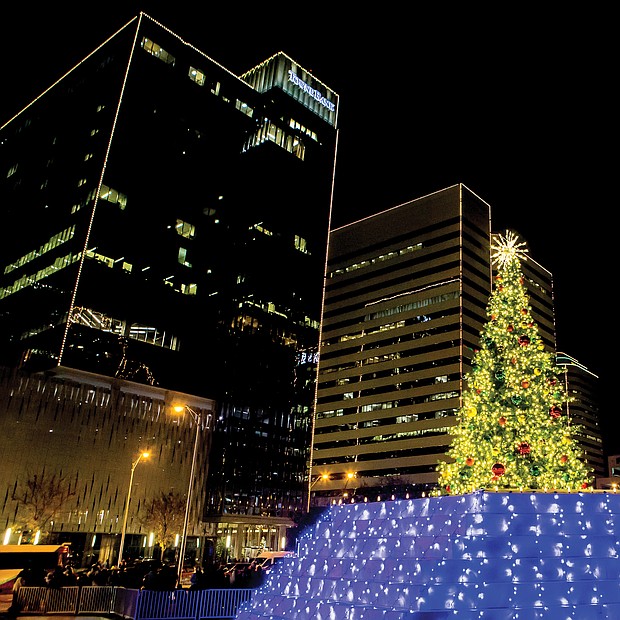 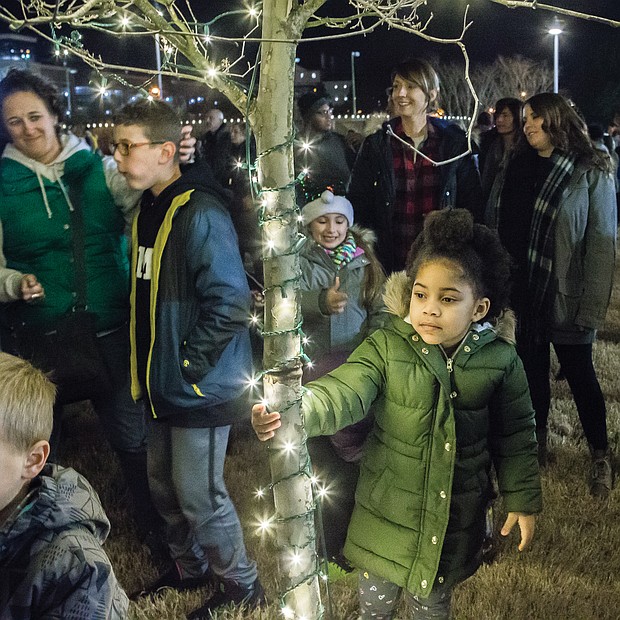 Eden Boyce, 5, hangs on to a tree decorated with lights during the festivities. 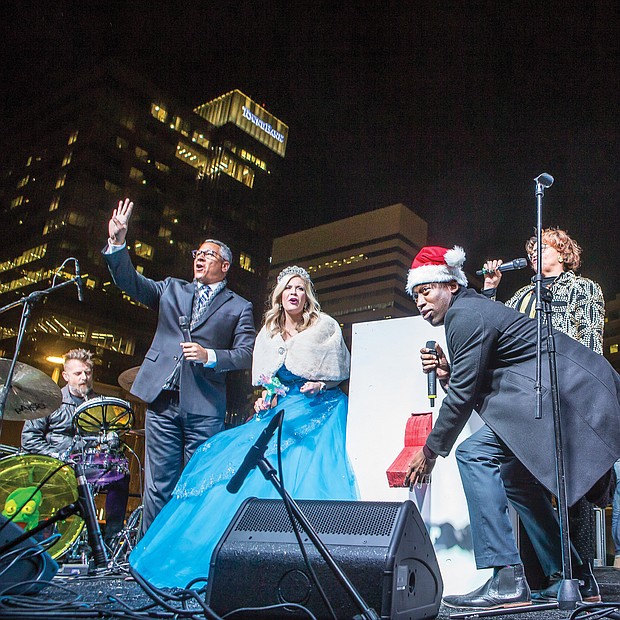 Mayor Levar M. Stoney is poised during the countdown to flip the giant switch to light up the city’s skyline. 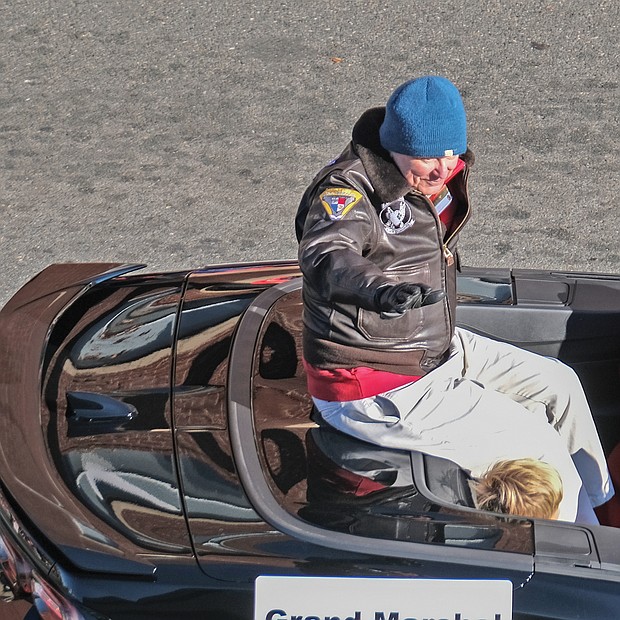 The holiday fun continued last Saturday with the 36th Annual Christmas Parade. People of all ages lined the 2-mile route along Broad Street to enjoy the bevy of featured floats, bands and giant balloon characters. In this photo, Parade Grand Marshal Paul Galanti, who was a P.O.W. during the Vietnam War, waves to the crowd. 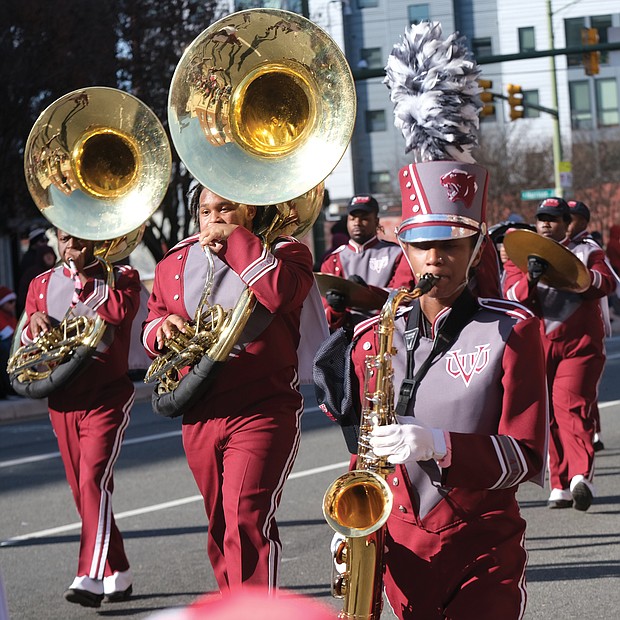 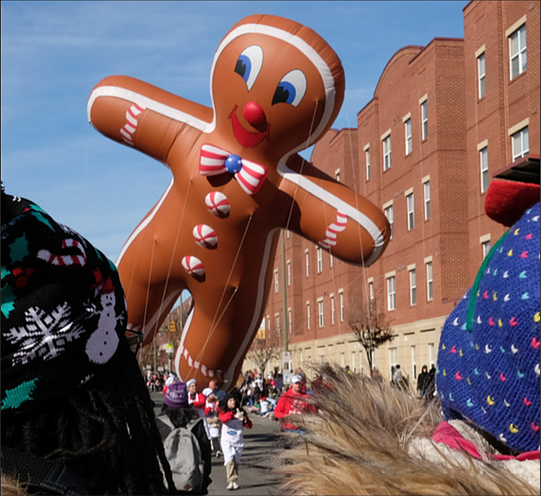 The Gingerbread Man balloon was a favorite, bringing smiles and waves from people in the crowd. 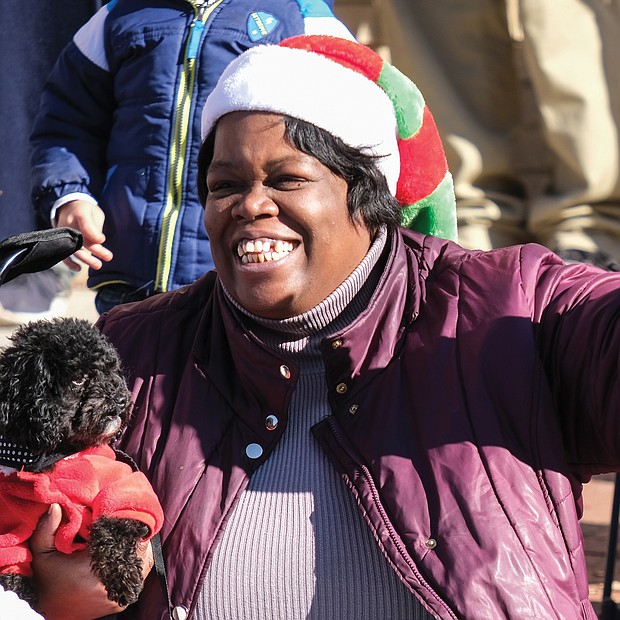 Cheryl Woodley was accompanied by her dog, Cupcake. 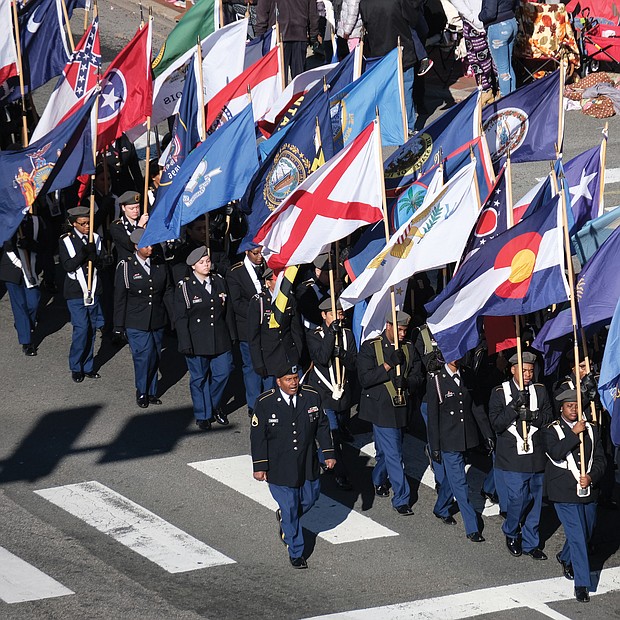 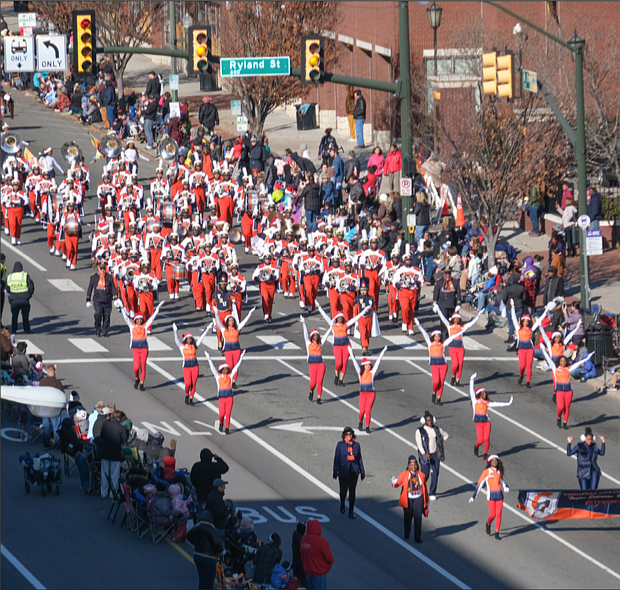 The Virginia State University Trojan Explosion Marching Band puts out a big sound as they march down the route into Downtown. 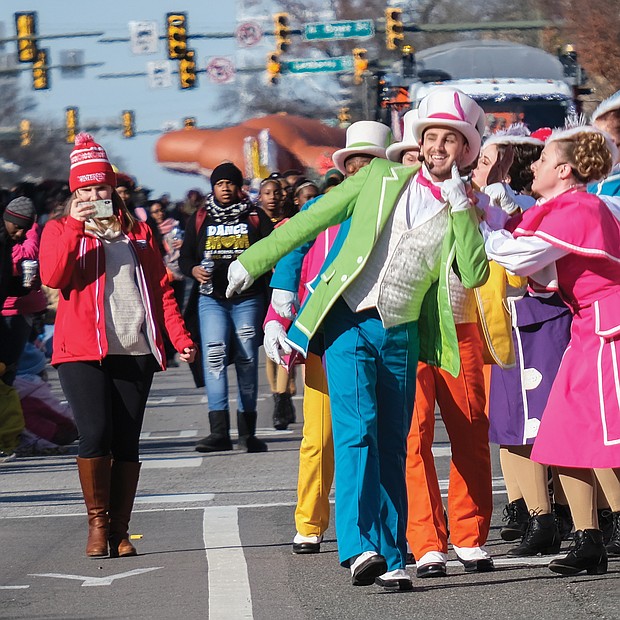 Performers from Kings Dominion entertain spectators as they march along the route.