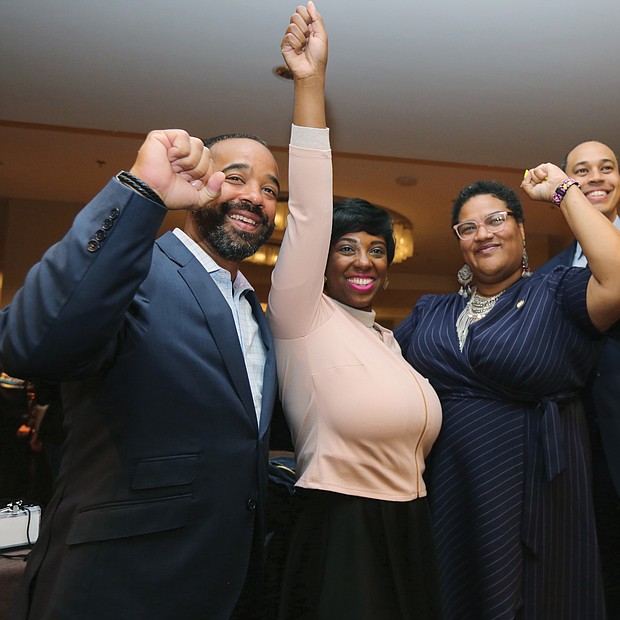 Members of the Virginia Legislative Black Caucus cheer the gains made in Tuesday’s election that will boost their membership numbers to 23 when the General Assembly convenes in January. They are, from left, Delegates Jeffrey M. Bourne, Lashrecse D. Aird, Marcia “Cia” Price and Jerrauld C. “Jay” Jones. 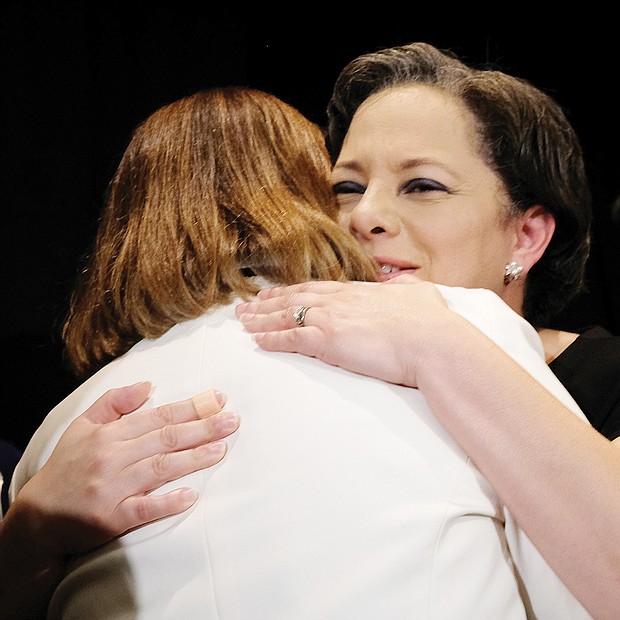 Sen. Jennifer L. McClellan, center, gives a congratulatory hug to Ghazala Hashmi, who scored an upset victory on Tuesday. Dr. Hashmi is the first Muslim elected to the state Senate. 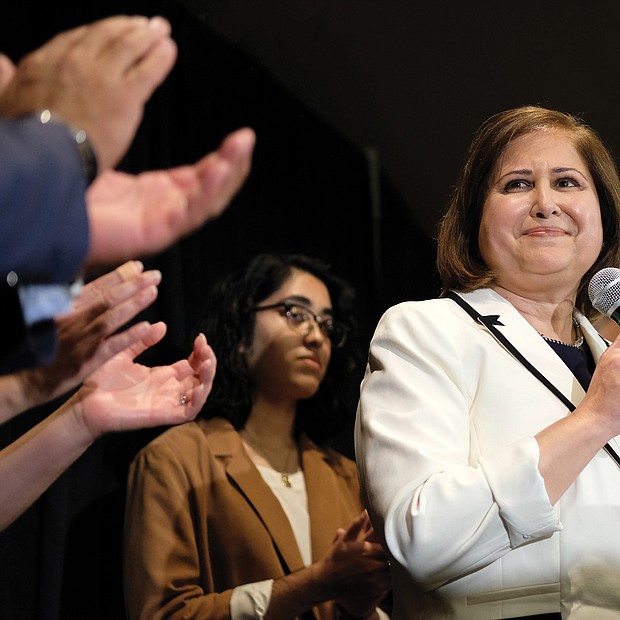 Ghazala F. Hashmi receives cheers and applause from supporters as she takes the stage to address the crowd at the Democrats’ victory party Tuesday night after her upset win in the Richmond area’s 10th Senate District. She is the first Muslim elected to the state Senate. 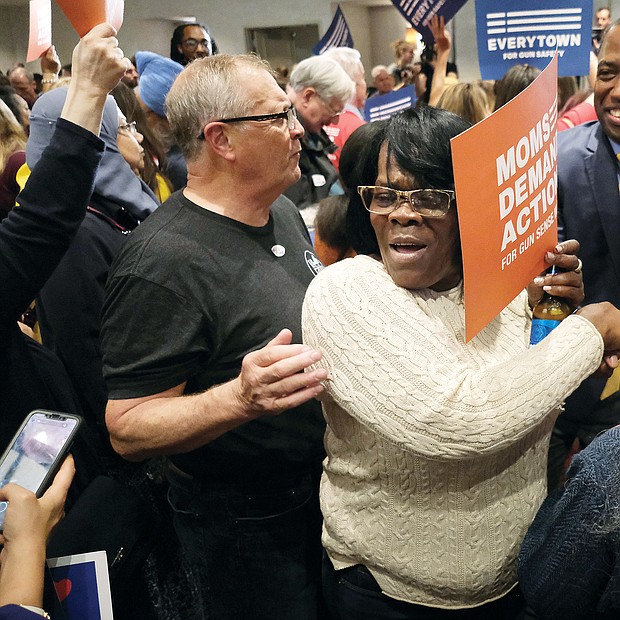 Gina Willis escorts Richmond Mayor Levar M. Stoney to the front of the Democrats’ victory party at a Downtown hotel as the crowd celebrates the political party’s big win. 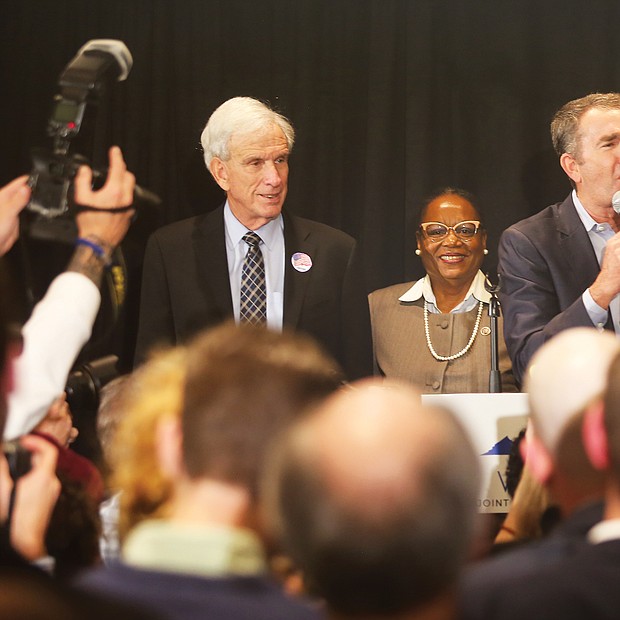 Gov. Ralph S. Northam, center, takes the stage with other Democrats on Election Night at a Downtown hotel, where the party celebrated its big political victory. 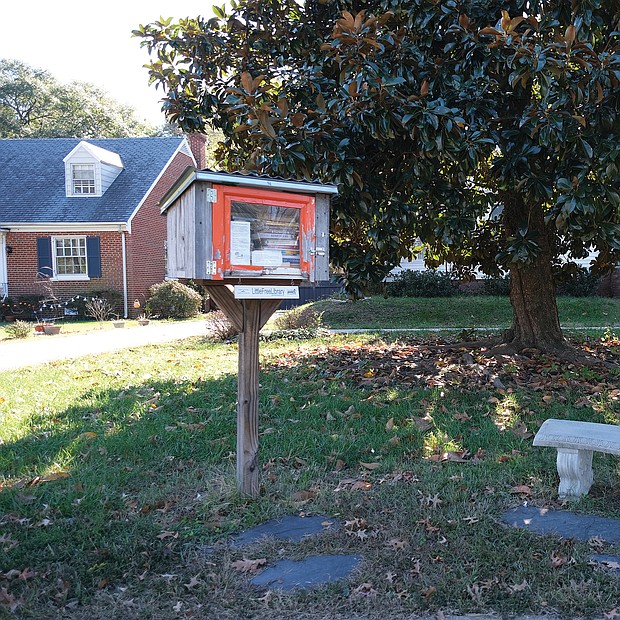 Booklovers who want to share their love of reading have placed a Little Free Library in their yard in the 1600 block of Laburnum Avenue in North Side. The national nonprofit Little Free Library program is a free book exchange that encourages people to come and pick a book to read and leave one for others to take for free. The mission is to build a sense of community along with a love of reading by providing free book access to all. The Little Free Library idea was started in 2009 in Wisconsin and has grown across the nation and the globe. Today, there are 90,000 registered mini-libraries in all 50 states and more than 90 countries, including dozens within Metro Richmond. For a map of locations, go to www.littlefreelibrary.org. 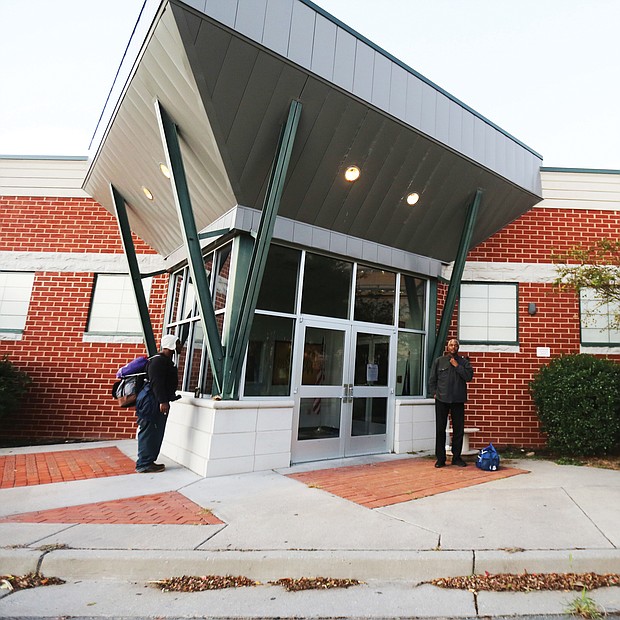 Waiting for warmth - People gather outside the city’s cold weather shelter last Friday before its 7 p.m. opening. The shelter at the Annie Giles Community Resource Center went into operation on Nov. 1 for the first time this fall as cold air sent nighttime temperatures plummeting into the 30s all weekend. The Shockoe Valley shelter across from the Richmond Justice Center is expected to be open nightly through next week as Richmond turns icy. Nighttime lows are forecast to be in the frigid 20s and 30s through at least Thursday, Nov. 14, and possibly longer as winter approaches. 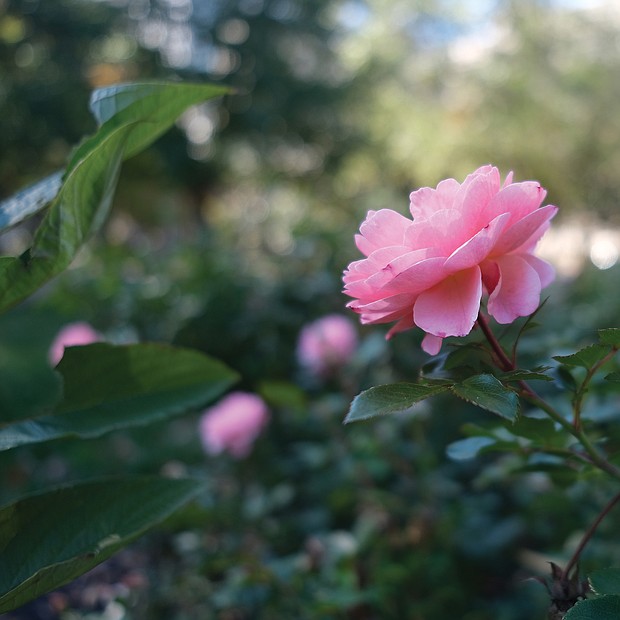 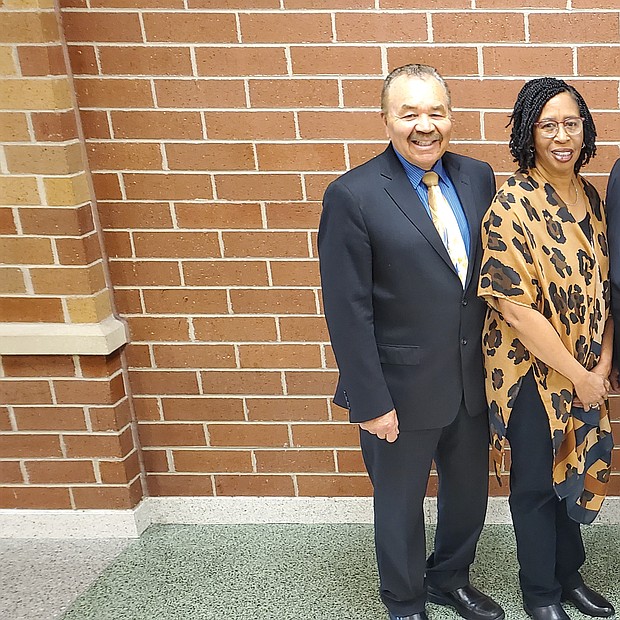