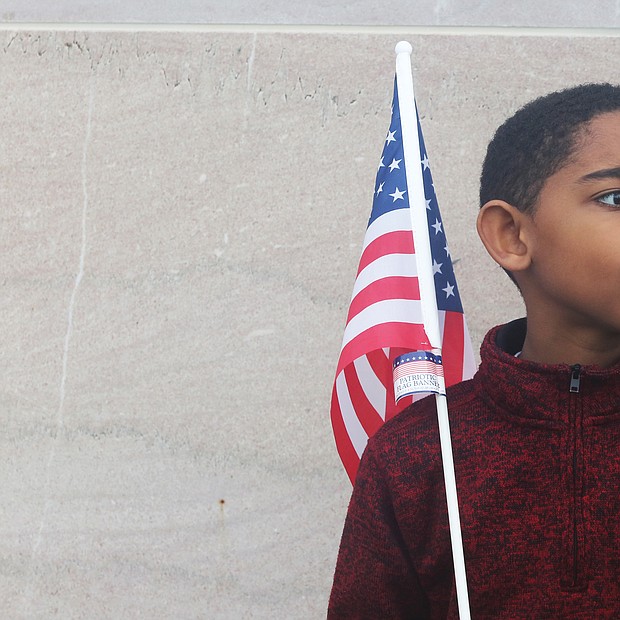 Tristan Williams, 8, takes in the sights and sounds Monday at the 63rd Annual Commonwealth Veterans Day Ceremony at the Virginia War Memorial in Downtown. The third-grader was attending the event with his Virginia Virtual Academy class members and their teacher, Deborah De Los Santos. 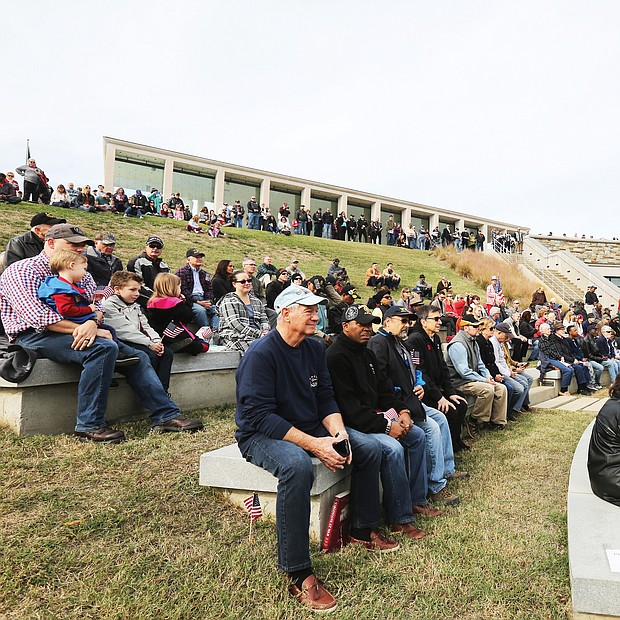 Alarge crowd gathers at the amphitheater at the Virginia War Memorial on South Belvidere Street in Downtown on Monday for the annual Veterans Day ceremony. Speeches and the skirl of bagpipes were part of the event paying tribute to soldiers, sailors, flyers, Marines and others who have served in the military. 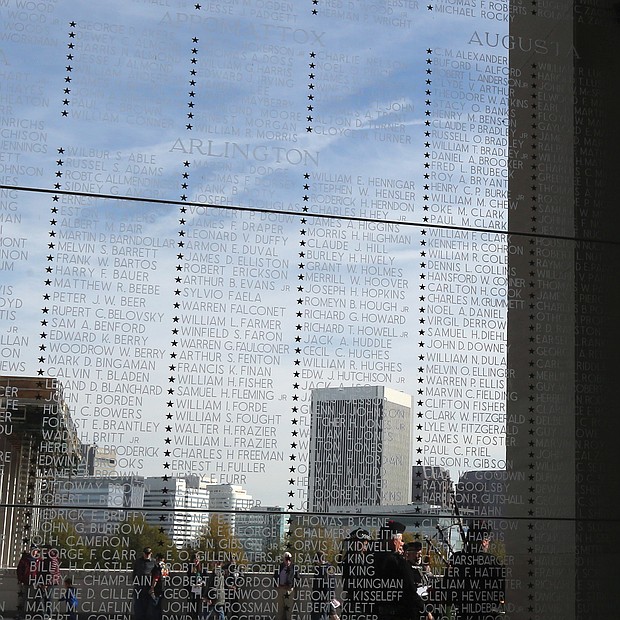 Navy veteran Bernard Fogg of Henrico County, who served during the Vietnam War, silently reads the names of those who died during wartime. 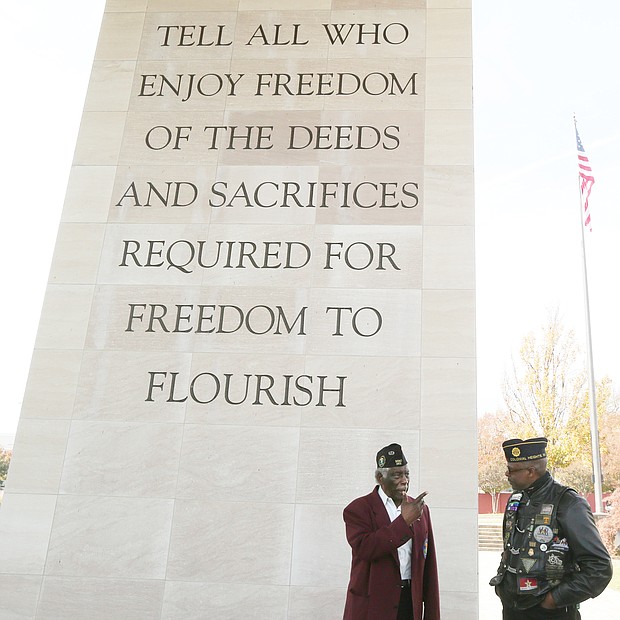 Retired Army Maj. Willie A. Taylor of Richmond talks with decorated retired Army veteran Sammy Granderson of Fredericksburg about a late friend whose name is now engraved on a wall at the memorial. 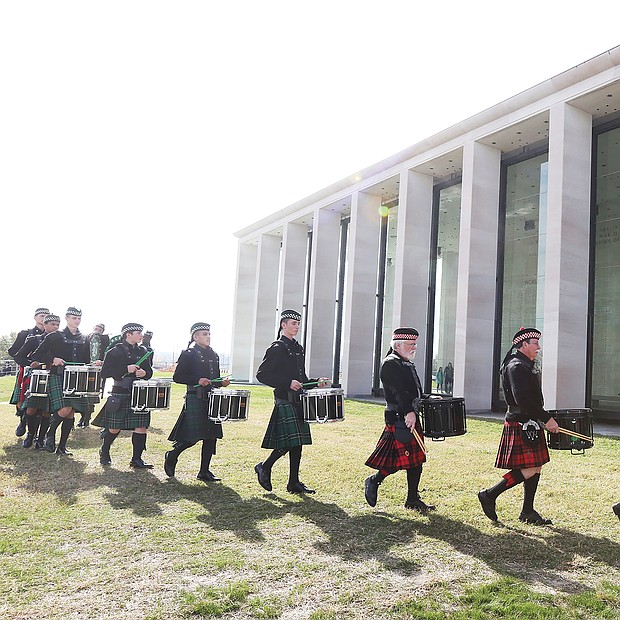 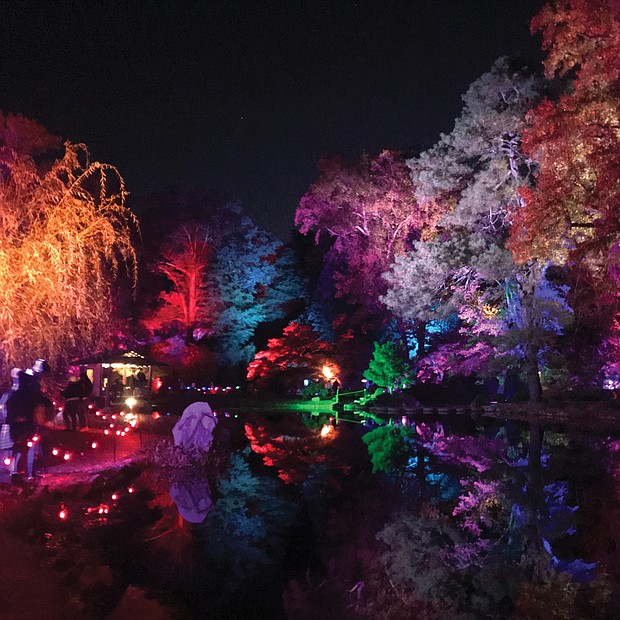