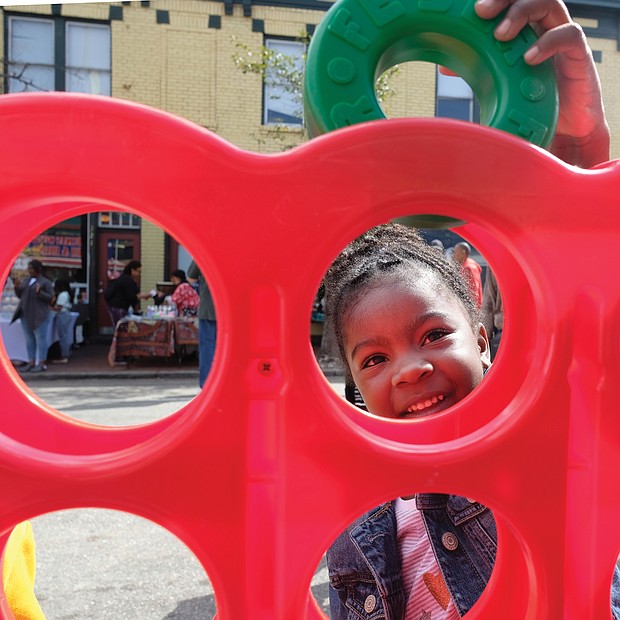 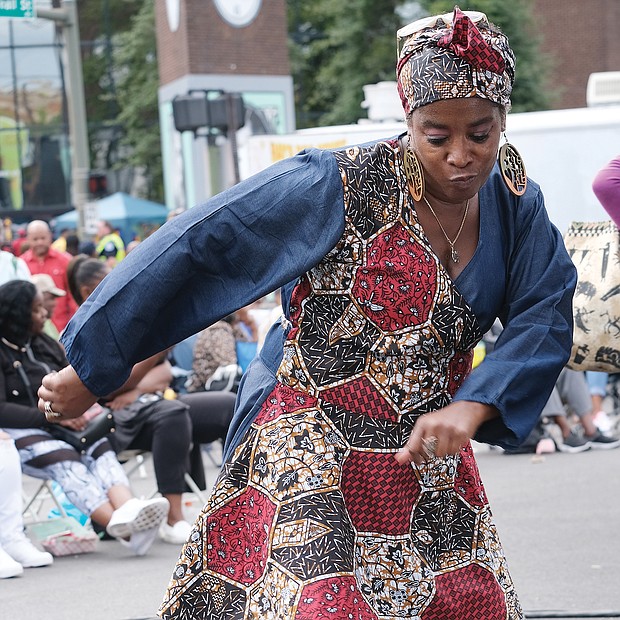 Thousands of people turned out for the 31st Annual 2nd Street Fes- tival last weekend, celebrating and remembering the history and legacy that gave the illustrious Jackson Ward street its renown as “Black Wall Street” and the “Harlem of the South.” The free, two-day event featured a variety of music, food and entertainment, including walking tours and a parade of fraternities, sororities, religious and benevolent organizations with connections to Jackson Ward. Here, Terease Dixon dances to entertainment from one of four stages at the festival produced by Venture Richmond Events. (Sandra Sellars/Richmond Free Press) 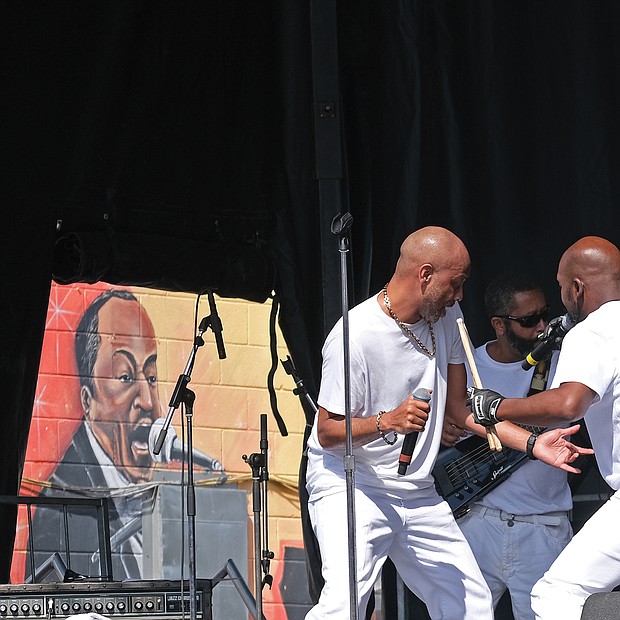 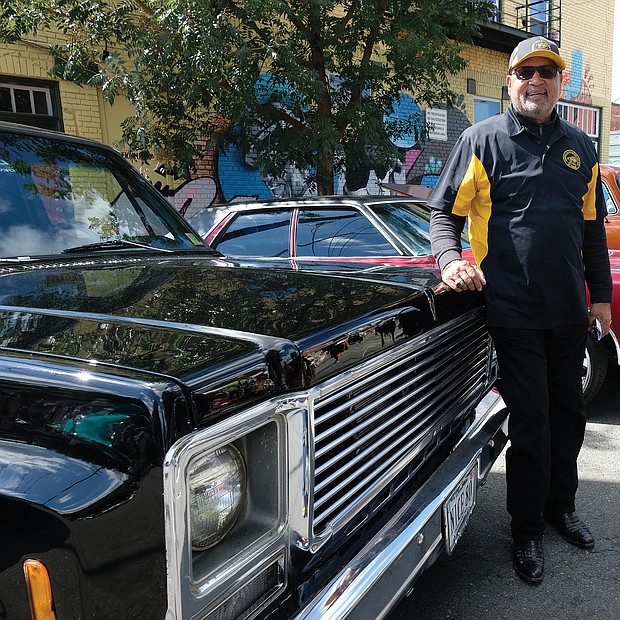 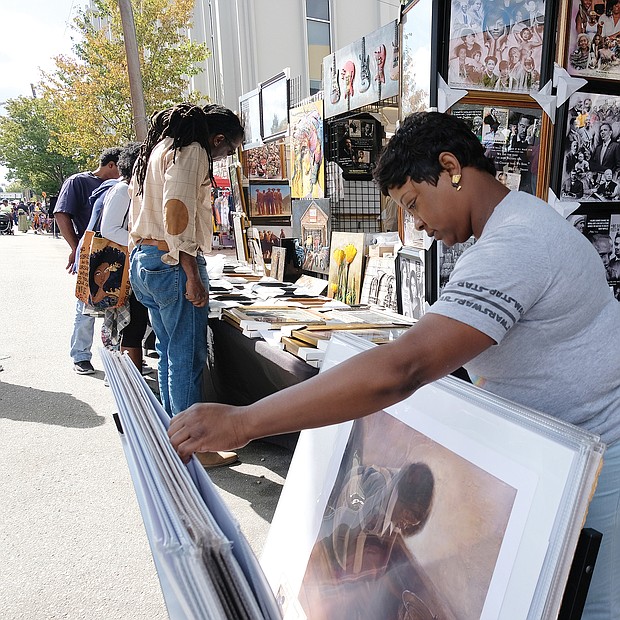 Caroline Johnson peruses art for sale by one of the many vendors and merchants at the 31st Annual 2nd Street Festival. (Sandra Sellars/Richmond Free Press) 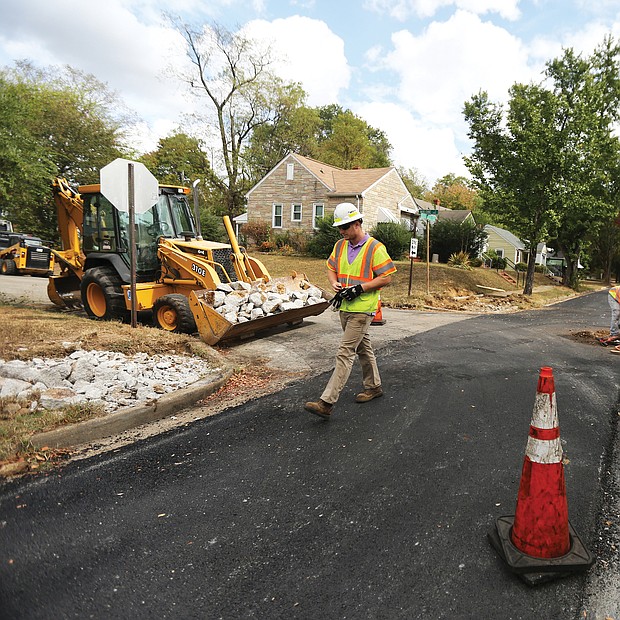 The Fulton neighborhood in the East End is one of the first to get new paving as part of a $15 million program City Hall is undertaking during the current 2019-20 budget year. While one lane on Carlisle Avenue is complete, a city crew on Monday repairs the second lane at the intersection of Carlisle Avenue and Malone Street before repaving. (Regina H. Boone/Richmond Free Press) 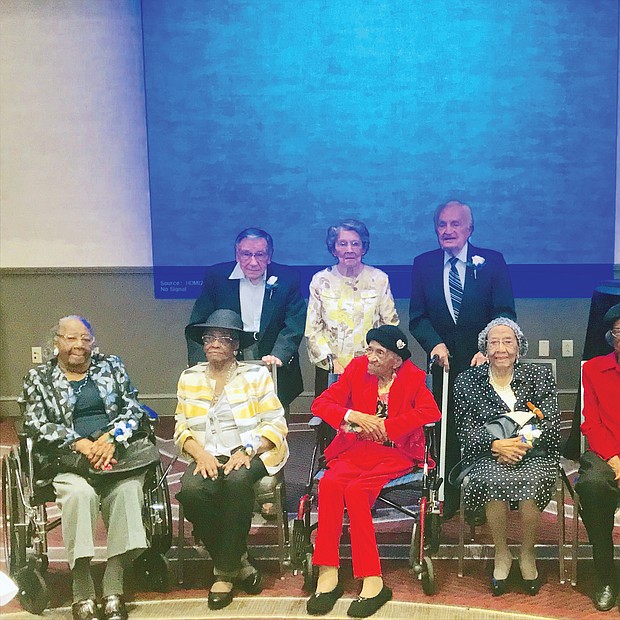 At 100, every day is a celebration, but it’s even better when the community recognizes your longevity. Eleven Richmonders were honored Sept. 21 at the 7th Annual Mayor’s Centenarian Celebration to publicly recognize city residents who turned 100 or older during 2019. Nine of the honorees attending the luncheon event held at a Downtown hotel are, seated from left, Lillie Etta Corbin Berry, 101; Josephine Johnson Bigger, 102; Virginia Price White, 103; Hattie Smith Carter, 99; Juliette Stephens Hamilton, 101; and Marguerite Williams Price, 99. Honorees in the back row, from left, are Norbert Robert Kopecko, 100; Shirley Craze Wiegand, 100; and Henry Cesly, 102. (Regina H. Boone/Richmond Free Press) 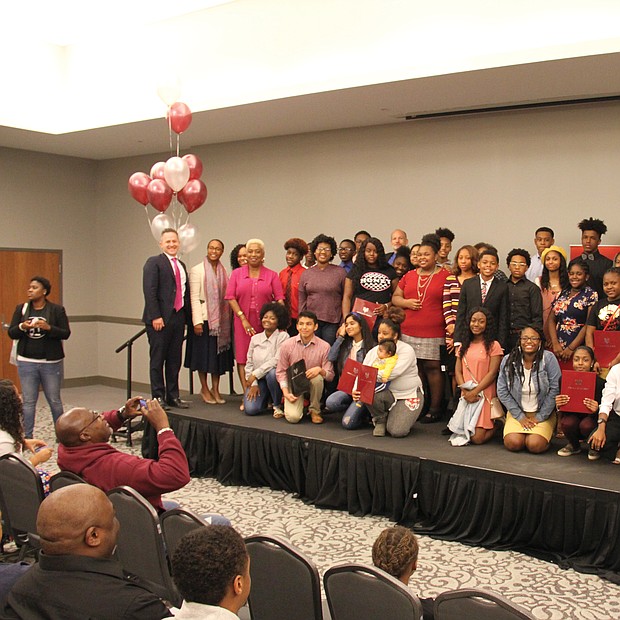 Fifty ninth-graders from Richmond Public Schools pose with officials last Saturday for photographs by happy parents and family members as they are celebrated for receiving four-year academic scholarships to Virginia Union University. The students must keep up their grades and finish high school before enrolling tuition-free at VUU, where their room and board also will be covered by a scholarship currently valued around $108,000. The scholarships are part of the HBCUs “VUU is RVA” campaign to give greater access to academic, economic, medical and civic support to residents of the Metro Richmond area. Last Saturday’s celebration for the young scholars was held at the Claude G. Perkins Living and Learning Center on VUU’s campus. Officials attending the event included RPS Superintendent Jason Kamras; Dr. Carleitta Paige- Anderson, dean of VUU’s University College; and Richmond School Board members Cheryl L. Burke, 7th District, and Jonathan Young, 4th District. (Ronald E. Carrington/Richmond Free Press) 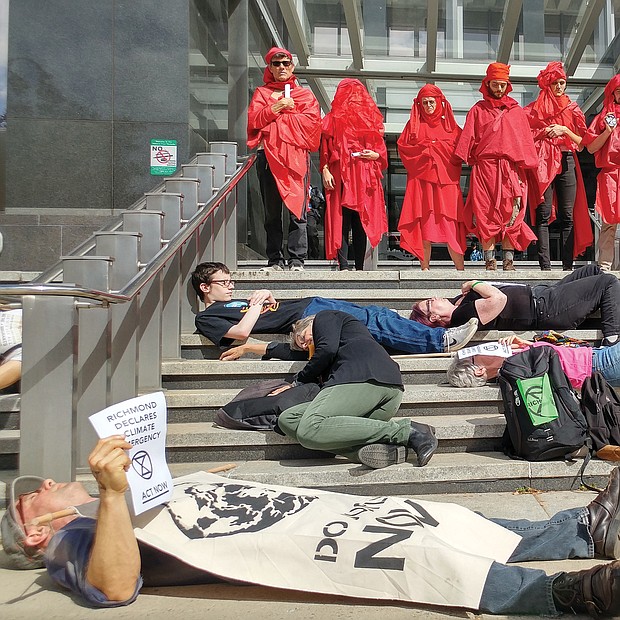 Members of Extinction Rebellion Richmond stage a silent die-in on the steps of City Hall around noon on Monday as members calling themselves the “Red Rebel Brigade” look on. The 11-minute action, designed to call attention to the need for action to abate climate change, came after the group delivered a Declaration of the Global Climate Emergency to the office of Mayor Levar M. Stoney, urging him and other officials to declare a climate state of emergency in the city. The group has demonstrated weekly in Monroe Park since June and was part of a global climate action on Monday in 60 countries. The group also was part of the recent Global Climate Strike urging federal, state and local elected officials to act. (George Copeland Jr./Richmond Free Press) 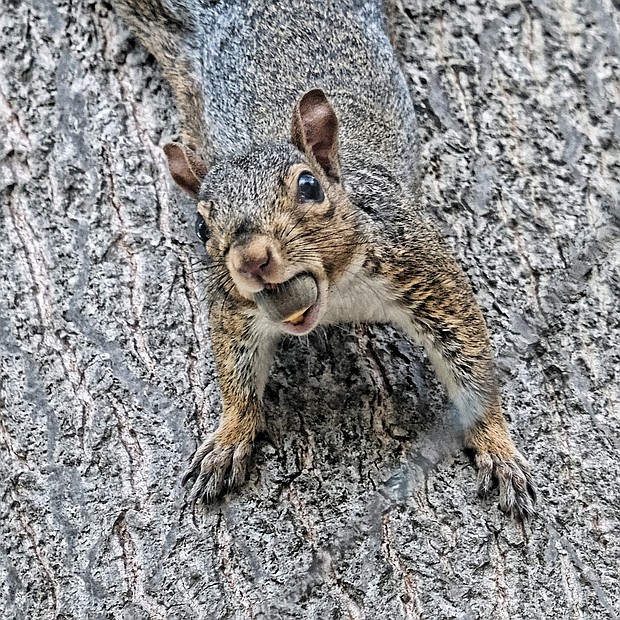 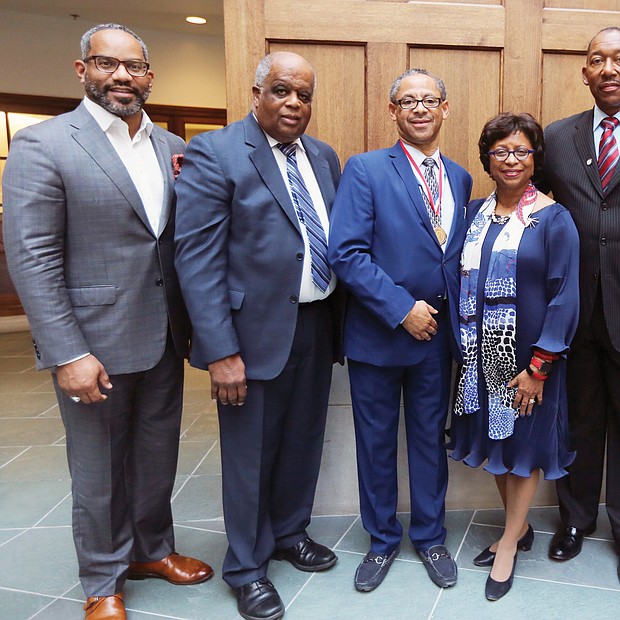 Dr. Betty N. Crutcher welcomes representatives of the W. Montague Cobb/National Medical Institute to the University of Richmond where her husband, Dr. Ronald Crutcher is president. With her, from left, are Martin Hamlette, executive director of the National Medical Association; Dr. Randall C. Morgan Jr., executive director of the Cobb Institute; Dr. Oliver T. Brooks, NMA president; Dr. Rahn K. Baley, Cobb board chair; and Terone B. Greene, Cobb board treasurer. UR’s first lady serves on the Cobb board and arranged the three-day visit last month of the board of the institute, whose mission is to use research and learning to reduce race-based health disparities and which also seeks to encourage more African-American college students to enter the medical field. The board met with representatives of UR and Virginia Commonwealth University to learn more about their diversity efforts. Founded in 2004, the Cobb Institute is named for a pioneering African-American anthropologist. (Regina H. Boone/Richmond Free Press)