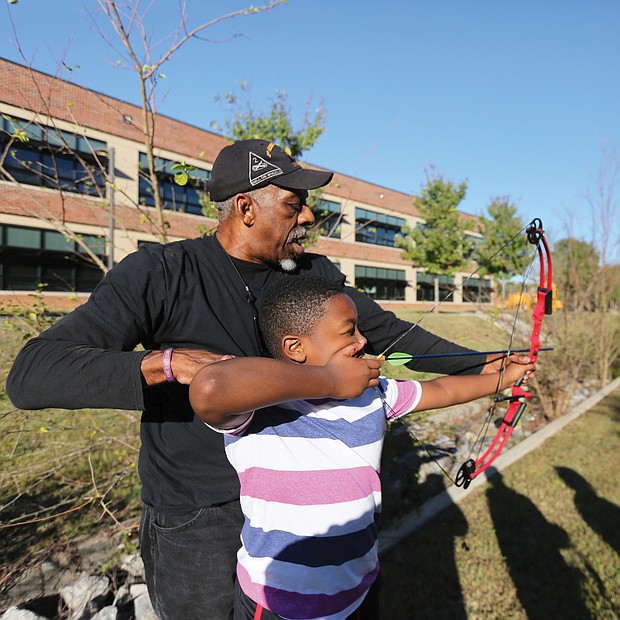 Aiming for the target: Josh Morris, a fourth-grader at Broad Rock Elementary School in South Side, learns how to set his arrow in a bow to accurately hit the target during an after-school program last Friday with recreation specialist Wyatt Kingston of the Richmond Department of Parks, Recreation and Community Facilities. Mr. Kingston, who beame certified to teach archery more than a decade ago, gives group and individual instruction to youngsters. He was working last week with students at the Broad Rock Community Center, and will rotate among the various recreation centers in Richmond. His ultimate goal, he said, is to build the skills of youngsters to the point that they can compete in local and state competitions. 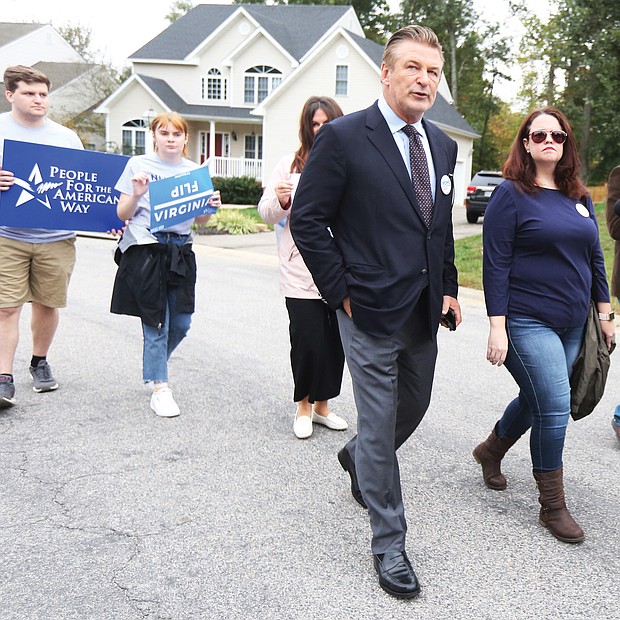 Election star power: With reporters in tow, popular movie and TV actor Alec Baldwin stumps for votes on Tuesday with Democratic state Senate candidate Amanda Pohl, right, and her supporters in a Midlothian subdivision in Chesterfield County. Mr. Baldwin came to rally support for Ms. Pohl, who is seeking to upset Republican incumbent Sen. Amanda Chase in the 11th Senate District. Along with the visit to the Richmond suburb, Mr. Baldwin also made campaign stops for candidates in Fredericksburg and Fairfax County. His one-day electioneering trip to Virginia was organized by People for the American Way, which has endorsed the Democratic candidates. 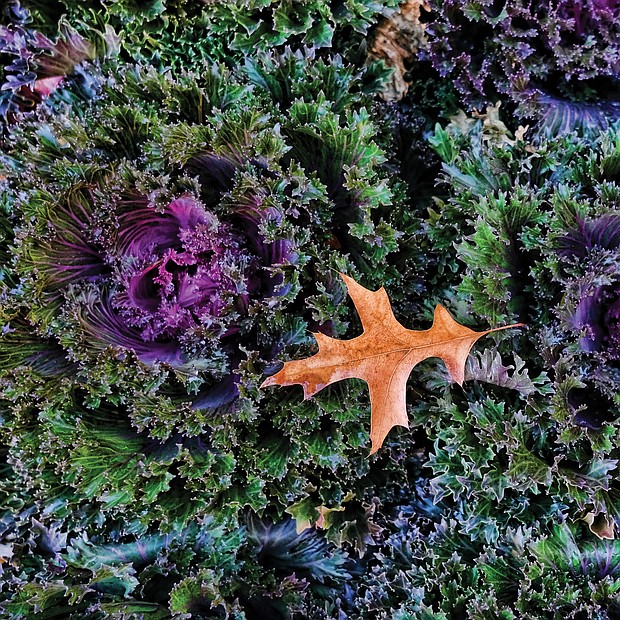 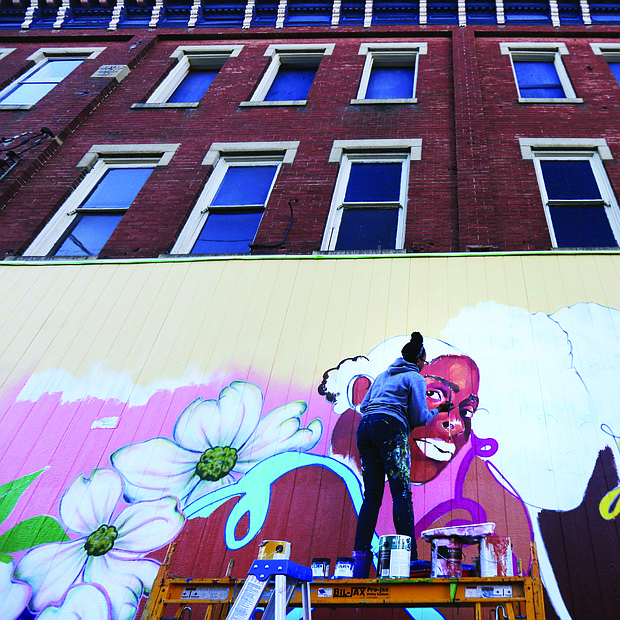 Cityscape: Slices of life and scenes in Richmond-Artist Austin Miles of Petersburg puts the finishing touches last week on this new mural that now decorates Max Market, 1125 Hull St. She is contributing the fine details to the mural that began with a community paint day Oct. 5. The mural is the first of a planned series titled “Brown Girl Narratives” that Kristal Brown, founder and leader of Black Women Cache LLC, is spearheading. This and other murals will help fulfill the goal of the organization, Ms. Brown said, which is “to highlight the lived experiences of black women through media and visual arts.” Next year, the Virginia Commonwealth University doctoral student plans to release a coffee table book focusing on black women and hold other events. (Regina H. Boone/Richmond Free Press) 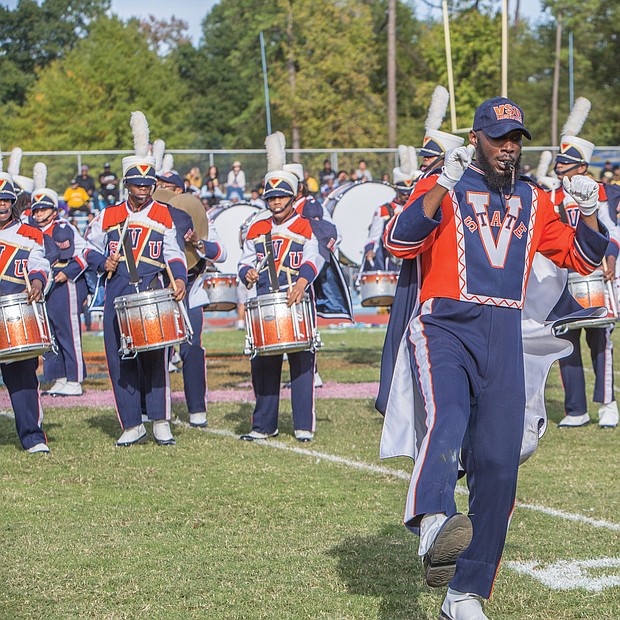 A drum major with the VSU Trojan Explosion Marching Band takes the first steps onto the field at Rogers Stadium in Ettrick. Recent restrictions were lifted on the band, allowing the musicians to participate in homecoming. 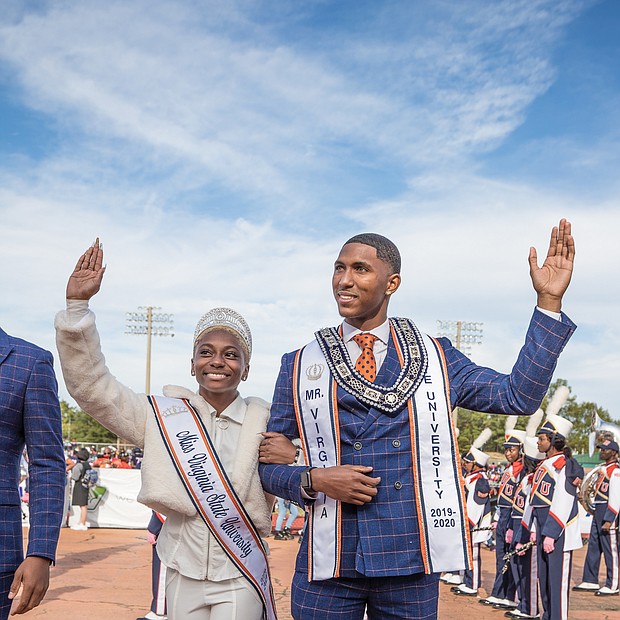 Miss VSU Dayana Lee of Virginia Beach and Mr. VSU Fredricks Sanders of Charlotte, N.C., wave to the homecoming crowd as they are introduced with the royal court. 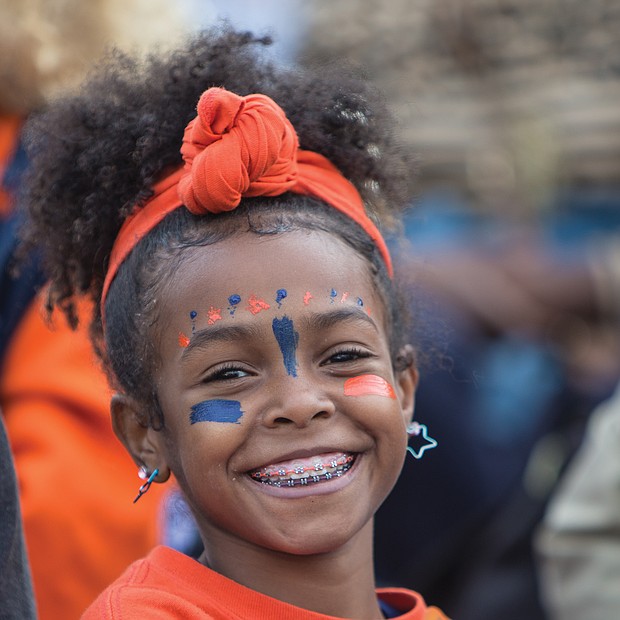 Emma Hairston, 10, is dressed head to toe in the colors of VSU — orange and blue. 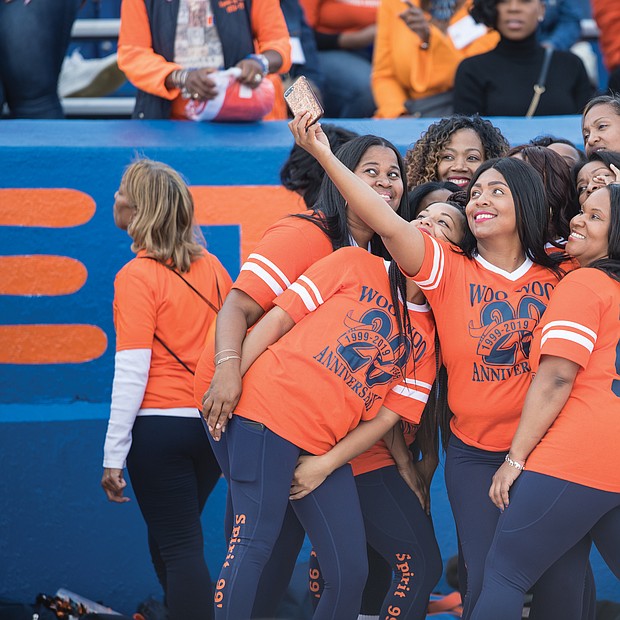 Alumni members of the VSU Woo Woos cheerleading squad celebrating their 20th anniversary pause for a selfie on the sidelines at Rogers Stadium. The former cheerleaders were invited to participate in some of the cheers during the game. 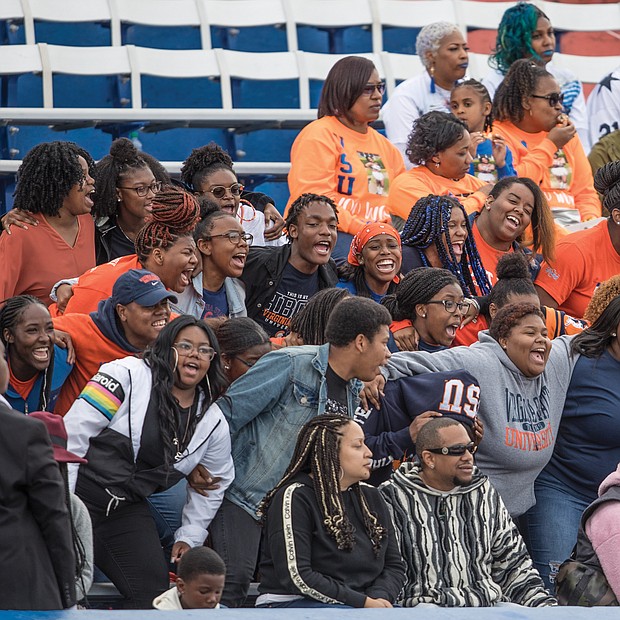 A spirited crowd rocks the stands during the football game despite the Trojans’ loss to the Bowie State Bulldogs. 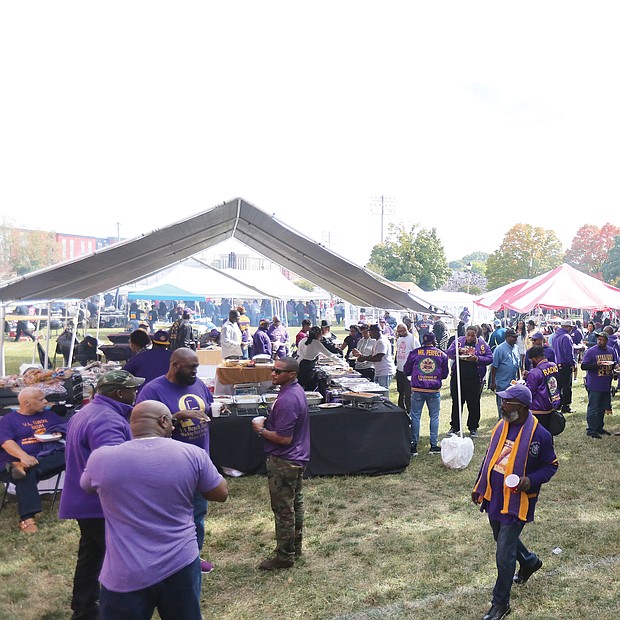 Members of the Omega Psi Phi Fraternity Zeta Chapter, celebrating their 100th anniversary last weekend join scores of people for the tailgating before and after the football game against Chowan University. 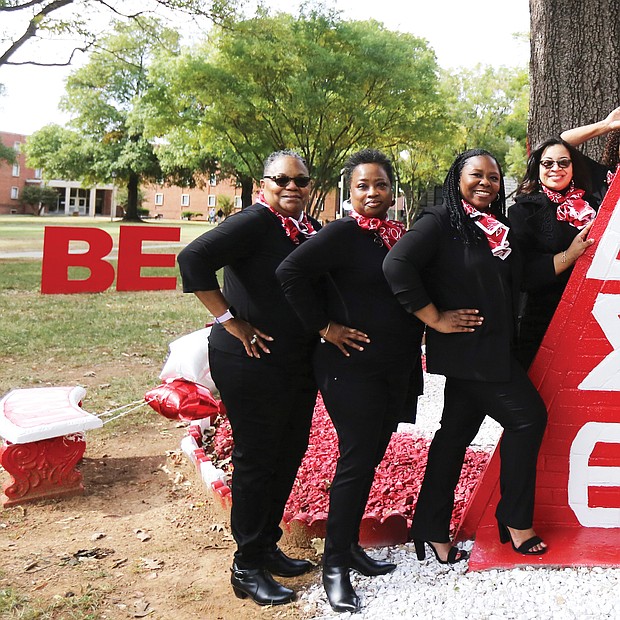 Members of the Delta Sigma Theta Sorority Beta Epsilon Chapter celebrating their 35th reunion gather at the sorority’s plot on the Lombardy Street campus for a group photo. 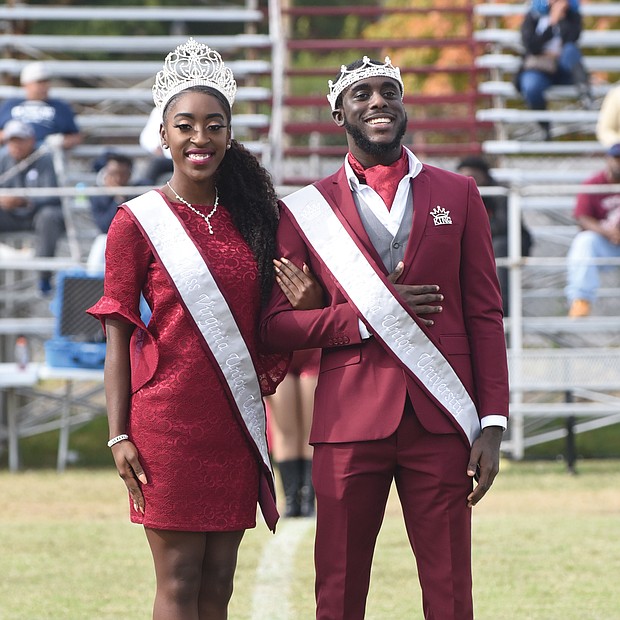 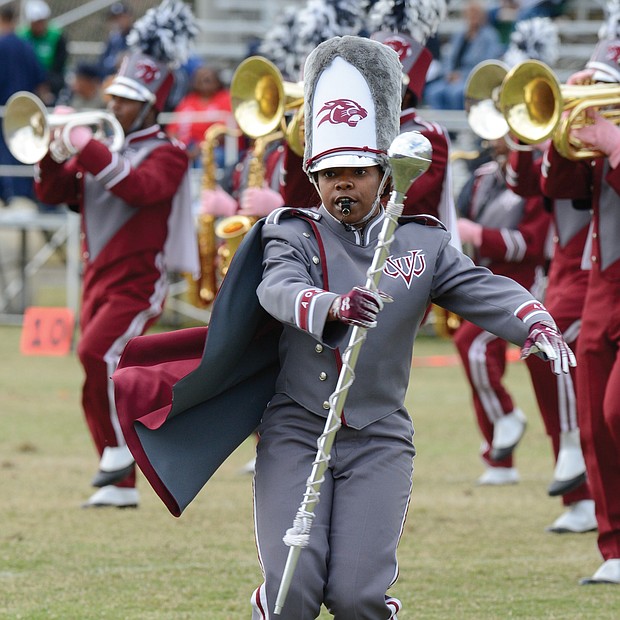 Diamond McGhee, one of two drum majors with the VUU Ambassadors of Sound Marching Band, takes charge during the halftime show at Hovey Field.