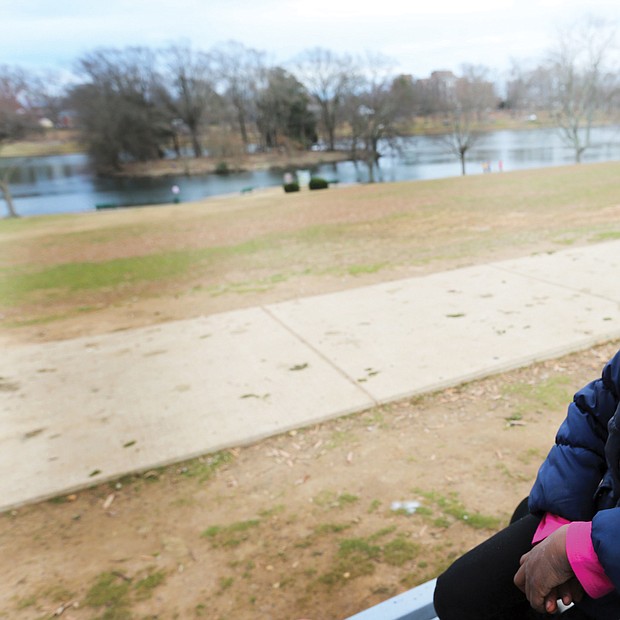 Spring-like weather this week led many people outside to enjoy the days before rain and chilly winter temperatures return. Shaya Scott, 5, perches on a bench at Swan Lake in Richmond’s byrd Park where she was enjoying the weather, the ducks and Canada geese Tuesday with her parents, Shalaya and Larry Mceachin Jr., and her sisters. 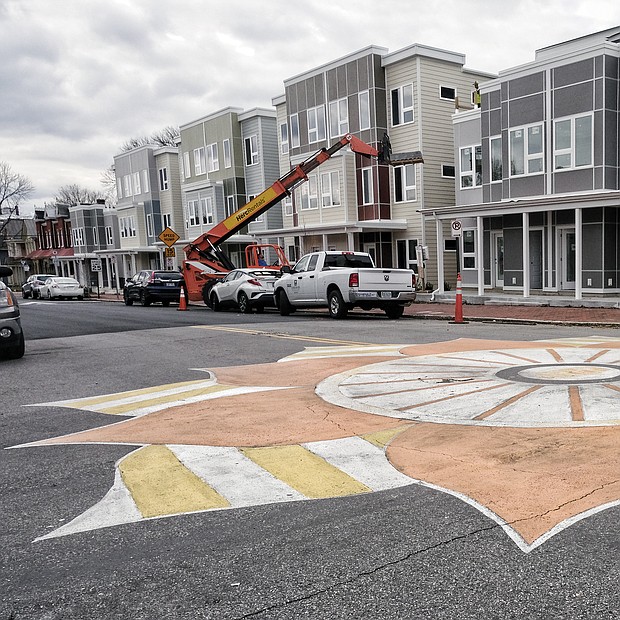 The intersection of 12th and Bainbridge streets in South Side is artistically decorated with a colorful splash, telltale of the boom the Manchester sector of the city is undergoing in construction of new homes and multistory apartments. Seen here is Manchester Green, a 78-unit complex of townhouses, duplexes and apartments that has been underway for two years in the block bounded by 12th, 13th, Bainbridge and Porter streets. The 2-acre, low-rise development is one of the latest from Urban Development Associates led by Robin Miller and Dan Gecker and is a larger version of the eight townhomes they built several years ago one block north between Porter and Perry streets. 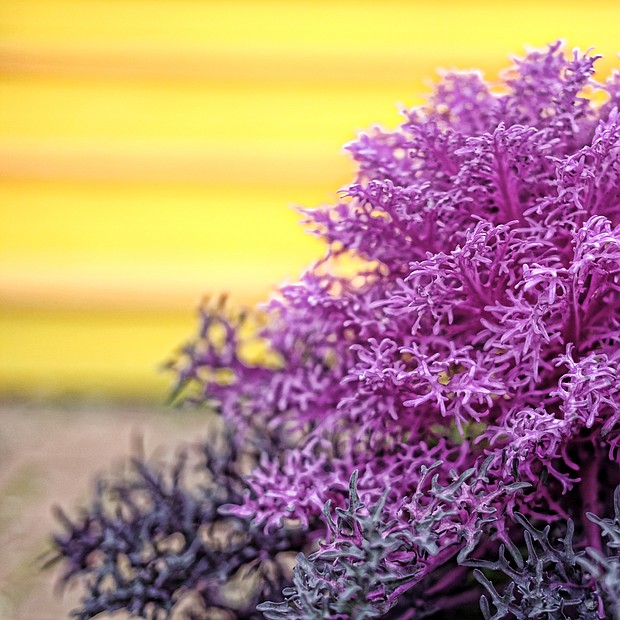 Ornamental kale on South Side 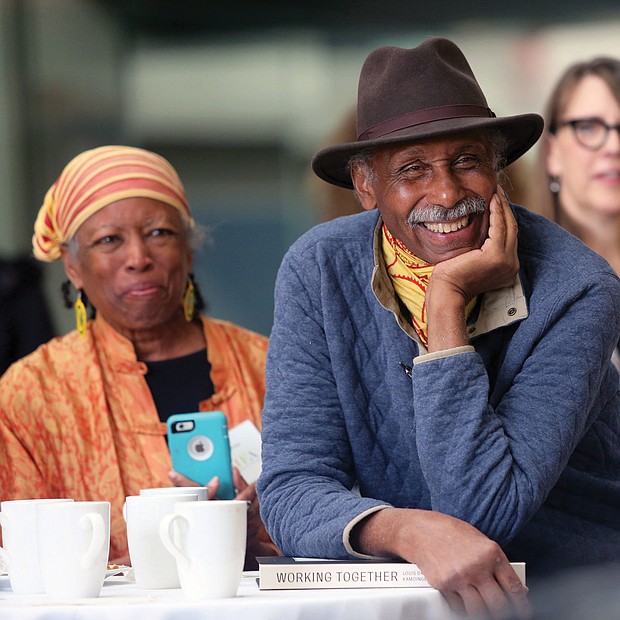 Photographer Adger Cowans attends the preview and press conference for the new exhibit showcasing the Kamoinge Workshop at the Virginia Museum of Fine Arts. The exhibition, “Working Together: Louis Draper and the Kamoinge Workshop,” opened last Saturday and includes more than 180 photographs by 15 early members of the collective. 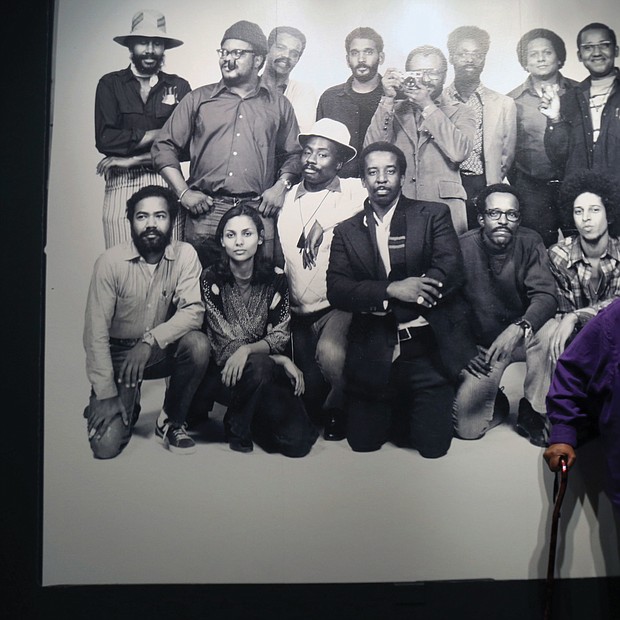 Shawn Walker, who was a member of the Kamoinge collective established by the late Henrico County native Louis Draper in New York City in 1963, stands in front of a historic photo of the group, The exhibit will be on view through June 14 at the museum, 200 N. Arthur Ashe Blvd. 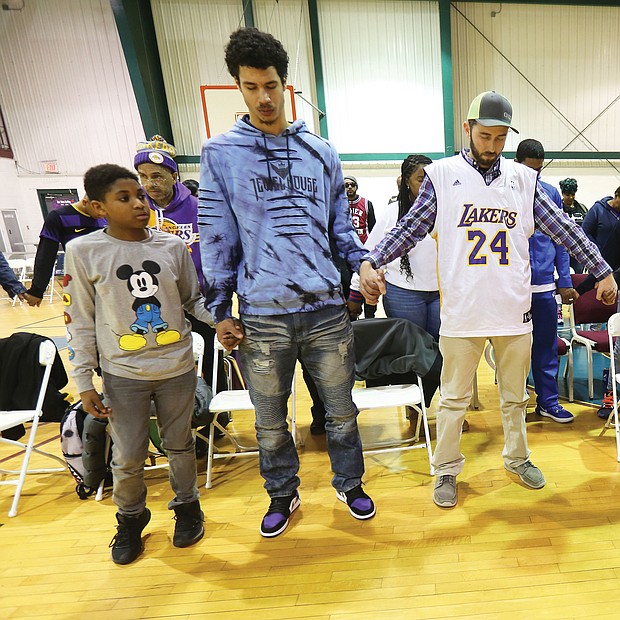 Dozens of people, many wearing Los Angeles Lakers T-shirts and paraphernalia, came out last Friday to remember Lakers superstar Kobe Bryant, his 13-year-old daughter, Gianna, and the seven others who were killed in a helicopter crash Jan. 26 in Southern California. The remembrance ceremony was led by Charles D. Willis, right, executive director of United Communities Against Crime, at the Black Top Kings & Queens Sports Academy in South Side. 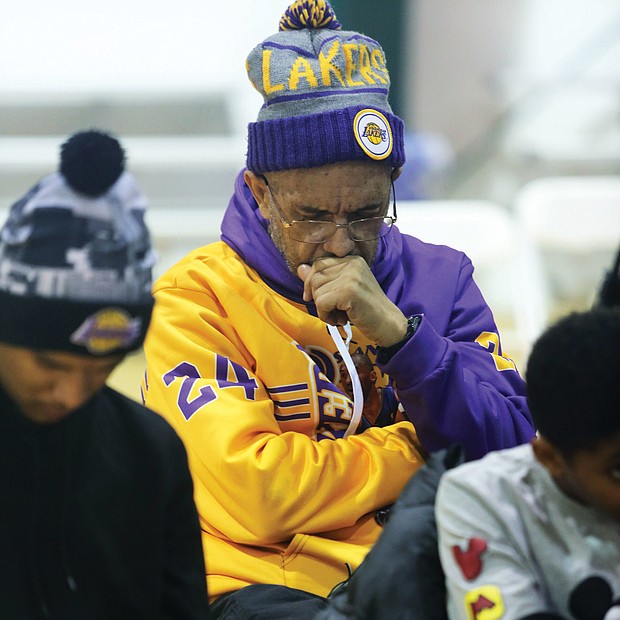 Participants prayed during the ceremony and were reminded to tell family and others every day that they are loved because tomorrow is never guaranteed.