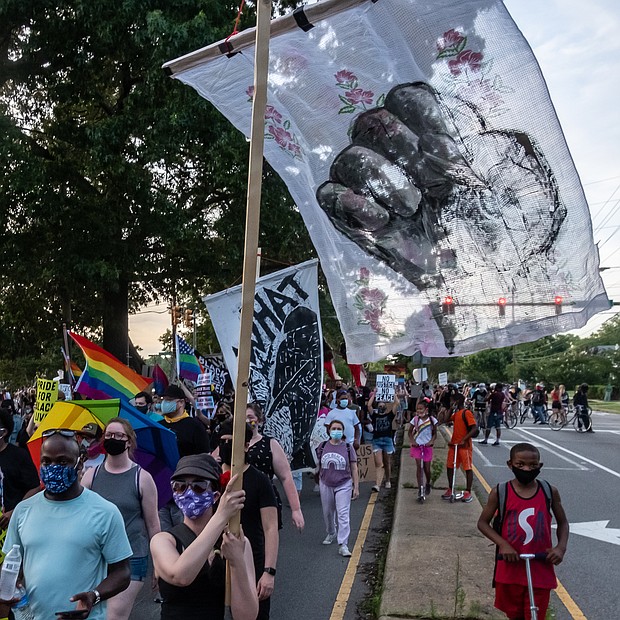 Last weekend’s Pride March, which proceeded along Brook Road, also marked the 51st anniversary of the six-day Stonewall Uprising in New York, which served as a catalyst for the gay rights movement in the United States. 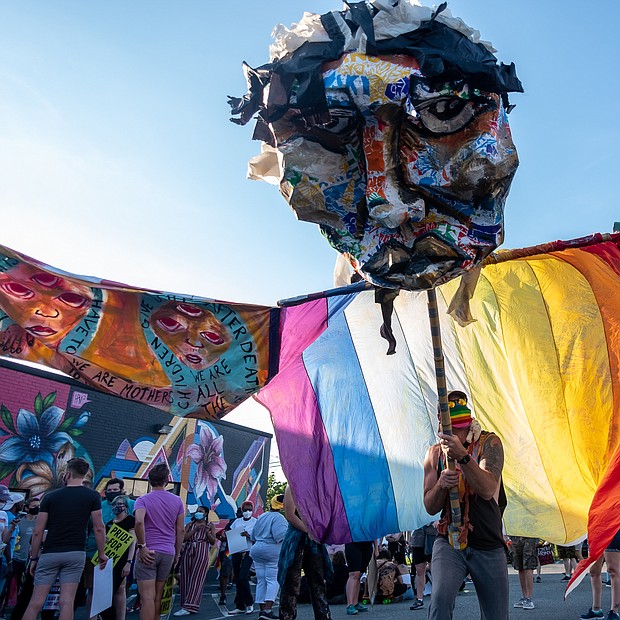 A huge figure representing gay pride becomes a focal point last Saturday for Stonewall Rising: LGBTQ March for Black Lives. Hundreds of members of VA Pride, Minority Vets and other partners flooded the streets of North Side to show they are allied with the cause of racial justice. Pictured here is the starting point at Diversity Richmond on Sherwood Avenue. 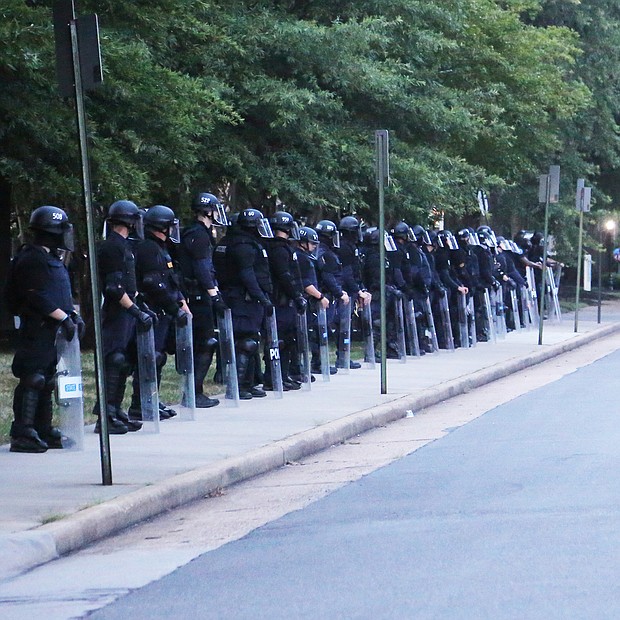 Marchers with Stonewall Rising stop in front of the Richmond Police Training Academy on West Graham Road, where they were met by a line of Richmond Police and State Police in riot gear. The face-off ended peacefully after several demonstrators spoke. 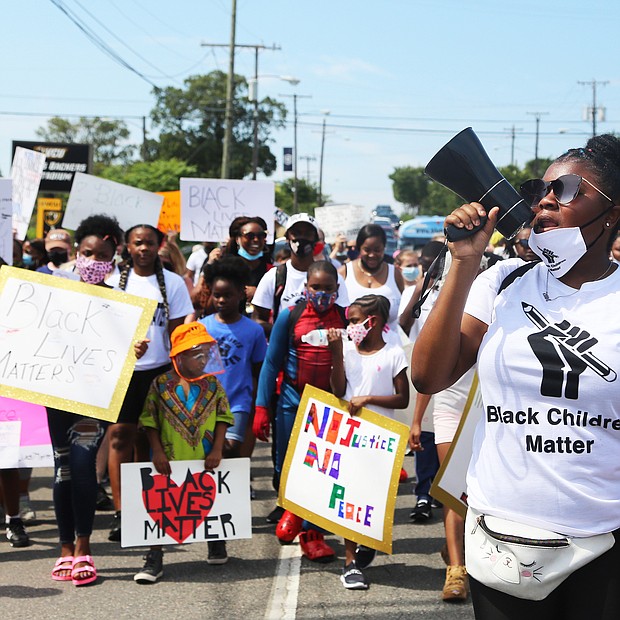 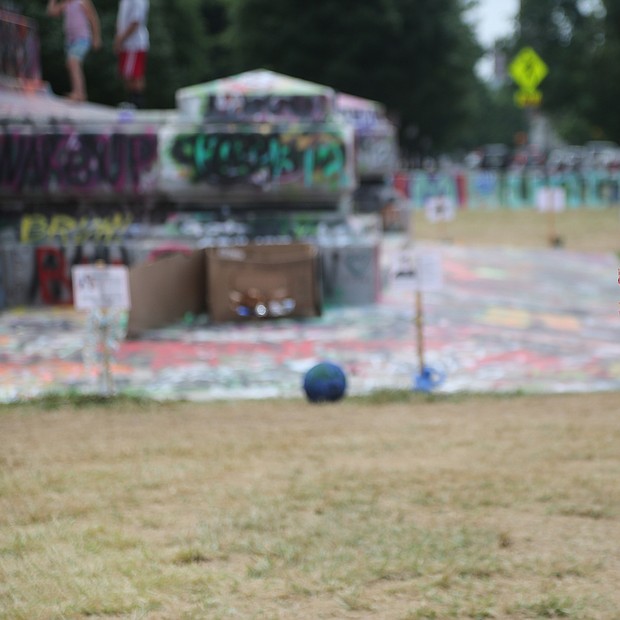 A young woman prepares to lay flowers at the base of the Lee statue on Monument Avenue that has become a memorial to African-Americans across the country killed at the hands of police. 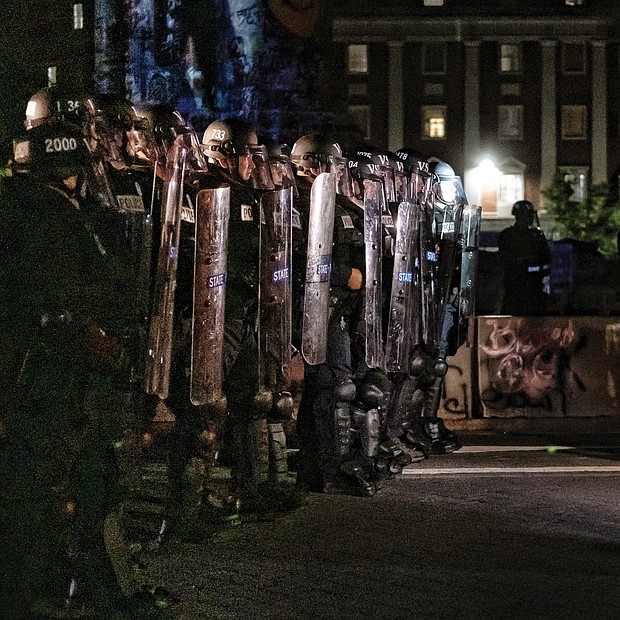 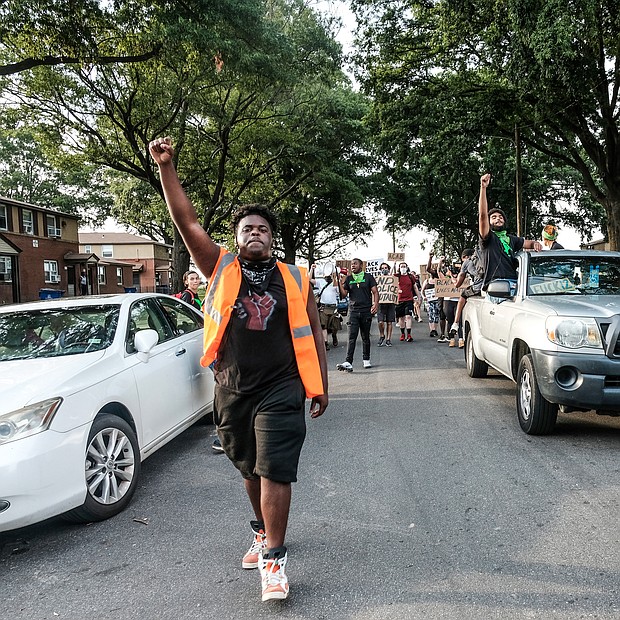 Members of the 381 Movement lead a march through the Hillside Court public housing community in South Side last Friday, bringing the call for racial justice and against police violence to residents south of the James River. The movement’s name is inspired by the 1955-56 bus boycott in Montgomery, Ala., after Rosa Parks refused to give up her seat that lasted 381 days. 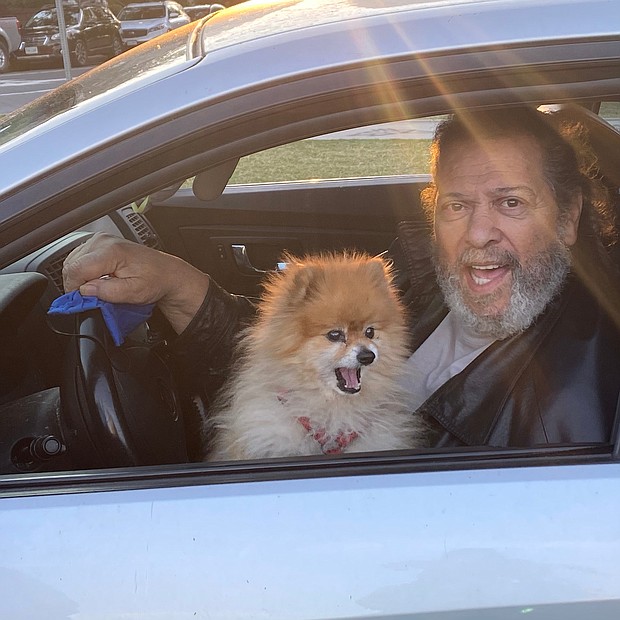 Former Richmond City Councilman Henry W. “Chuck” Richardson and his Pomeranian drive by the Lee statue on June 24, where people were peacefully gathered in a spirit of solidarity early in the day. Mr. Richardson, carrying out a protest of his own, said he will not cut the beard he has been growing during the pandemic until the Confederate monuments are taken down. 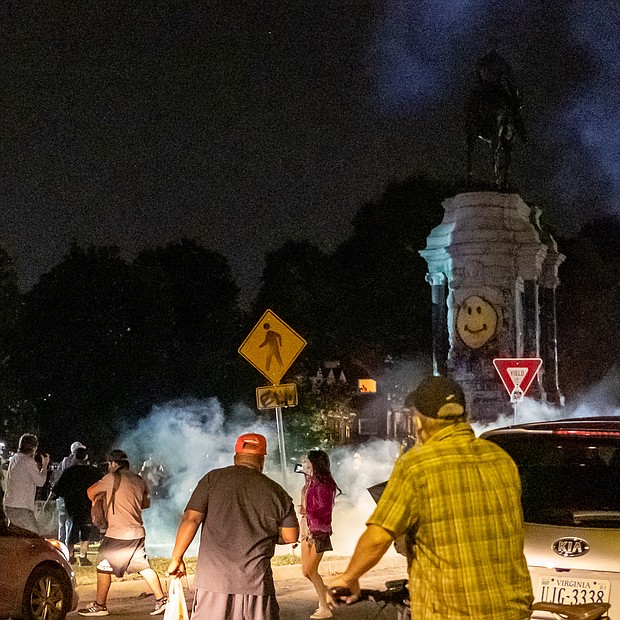 After declaring an unlawful assembly last Friday, State Police release tear gas on the crowd of peaceful protesters and bystanders at the Lee statue. The state began shutting down the area around the statue from sunset to sunrise under an order last week from Gov. Ralph S. Northam. 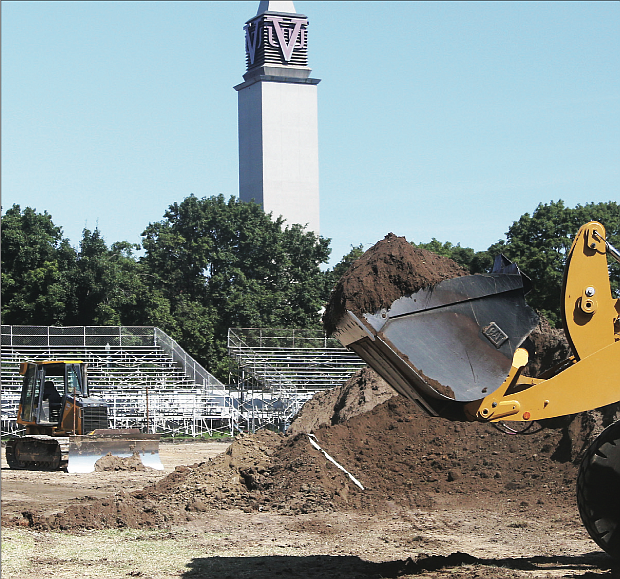 Work is underway on the $1.2 million renovation of Virginia Union University’s renamed Wil- lie Lanier Field at Hovey Stadium. Mr. Lanier, a former All-Star and Pro Bowl player with the Kansas City Chiefs from 1967 to 1977, played on Hovey Field when he was a student nearly 60 years ago at Richmond’s Maggie L. Walker High School next door. He has played a vital role in the project to resurface the field from grass to FieldTurf. When the VUU Panthers football team kicks off its 2020 season home opener on Oct. 3 against Shaw University, the new field will be a point of pride for the team and will put VUU on the same level as universities around the nation, officials stated. “That field shows something,” Mr. Lanier stated. “It shows the ability of what it is to provide for those young individuals who can take confidence and pride in where they play and how they are able to perform.” Squares of the old grass field, which has been in place since 1907, are being sold online to help fund the project. Go to https://vuusports.com/sports/2008/11/5/MBB_1105085727.aspx?id=42 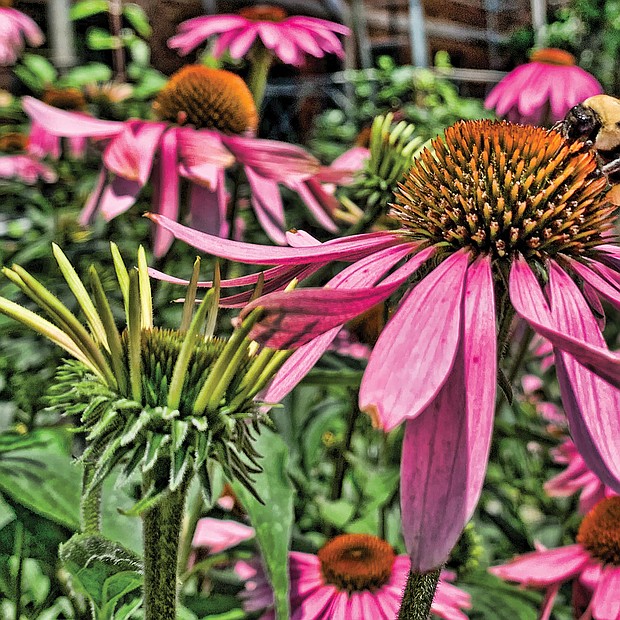 Cone flower in North Side