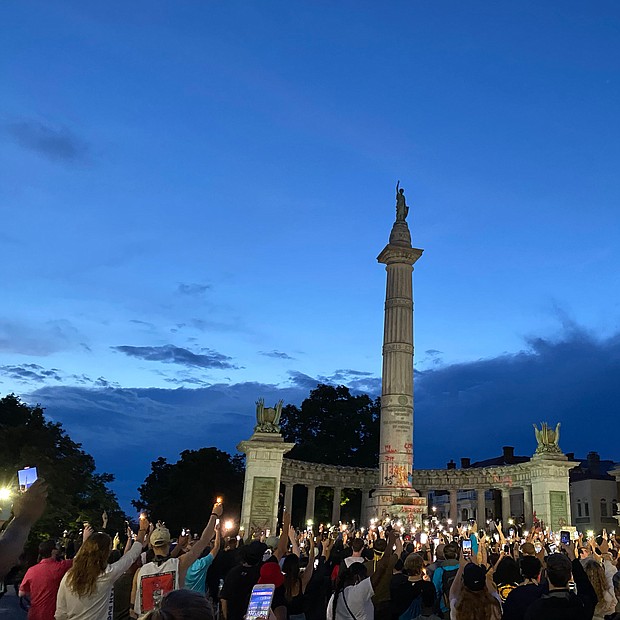 Hundreds gather for a Juneteenth candlelight vigil in front of the former monument to Confederate President Jefferson Davis, whose statue already has been torn down. The display capped the all-day celebration of the liberation of slaves on Friday, June 19. R&B singer Trey Songz was among the participants in the candlelight event that began at the Lee statue and culminated at the Davis monument. 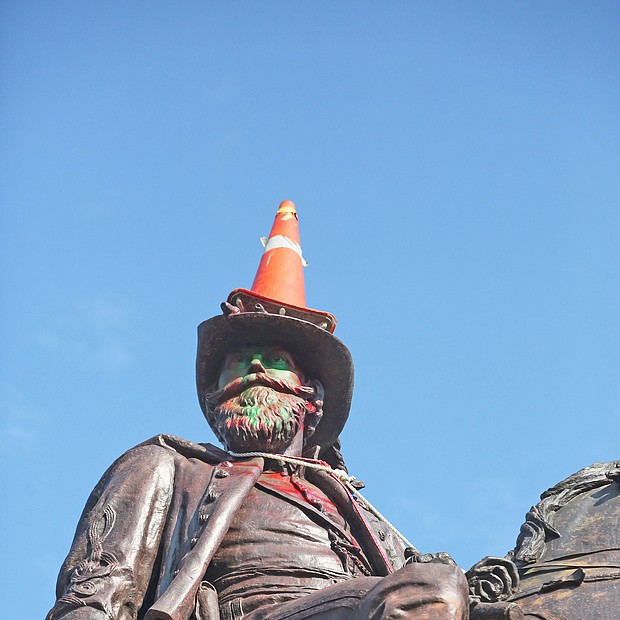 a traffic cone is propped on the head of Confederate Gen. J.E.B. Stuart and a rope is around his neck Monday, evidence of the Sunday night effort to pull him off his pedestal at Lombardy Street and Monument Avenue. Richmond and State Police used tear gas and other means to stop the protesters from taking the statue down. 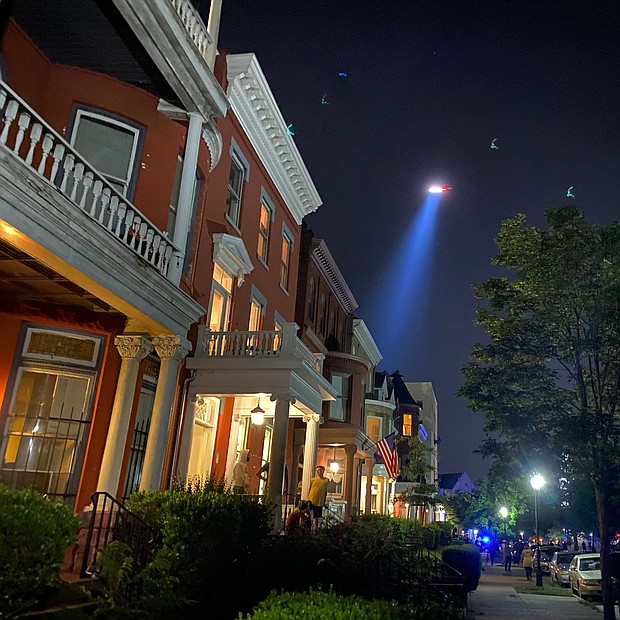 Front porch lights along Monument Avenue offer a glimpse of the crowd around the J.E.B. Stuart statue around 9 p.m. Sunday. The gathering included people trying to topple the statue. 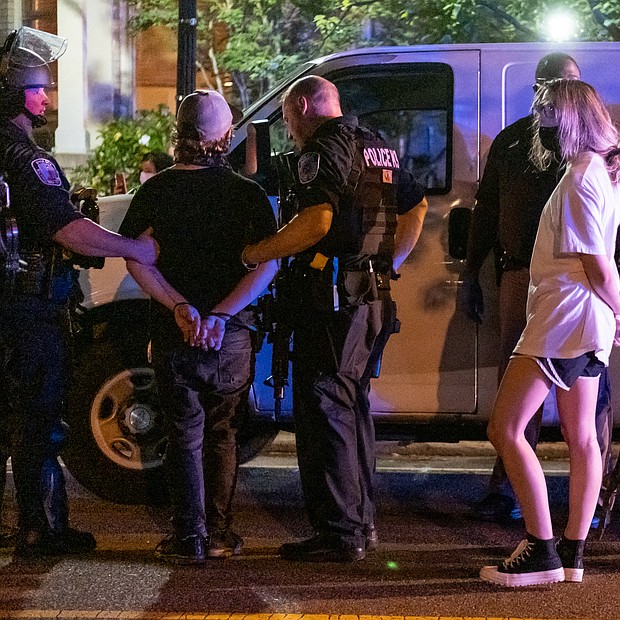 This scene shows two of the six people that police officers arrested for failing to leave the area of the J.E.B. Stuart statue after an unlawful assembly was declared. Ninth District City Councilman Michael J. Jones sought to negotiate with the officers, but police ultimately used tear gas and pepper spray to disperse the crowd. 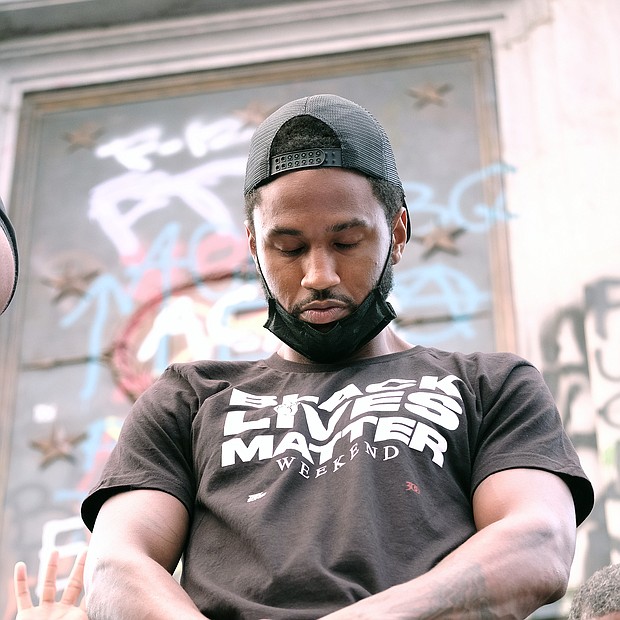 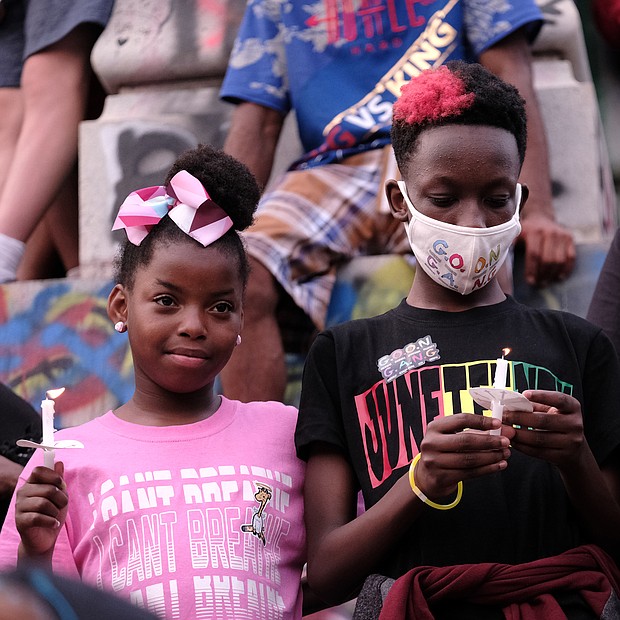 from left, Mymy Hardon, Joel Charles and Amira Jones hold candles during a vigil at the Lee statue to help close out the program at the daylong celebration of the liberation from slavery. 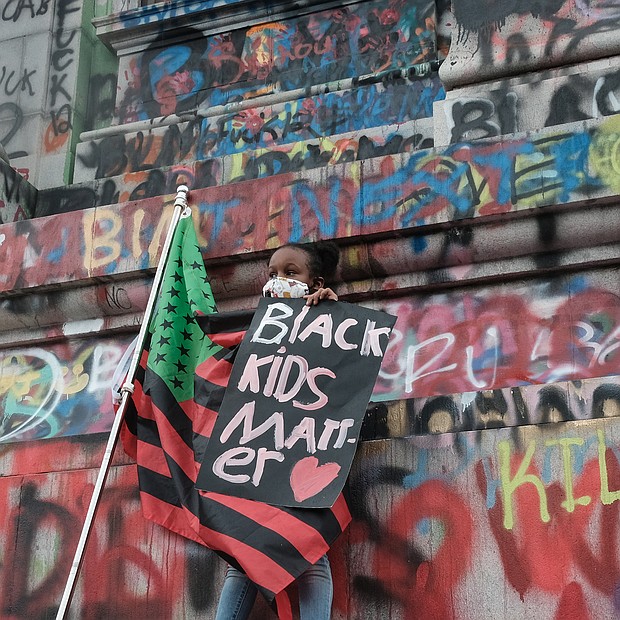 8-year-old London Miles stands on the stairs of the Lee monument and carrying a sign with the slogan “Black Kids Matter” at the event. 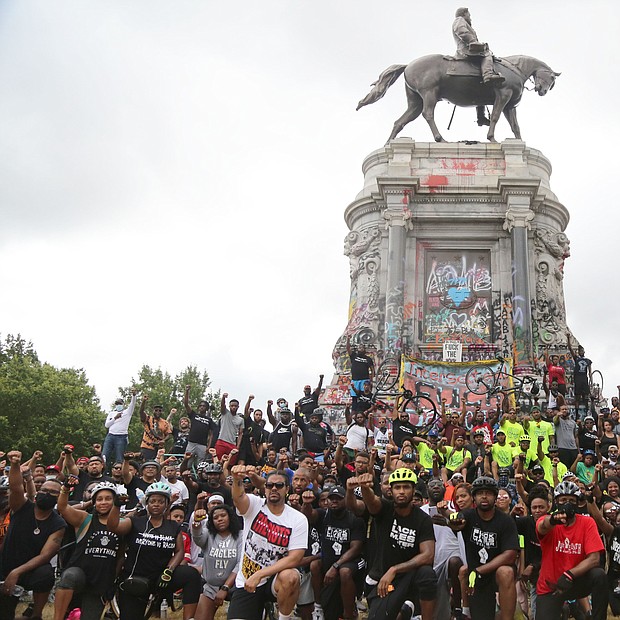 Cyclists participating in the Black Lives Matter Father’s Day Bike Ride pause to take a group picture Sunday in front of the Lee statue during the ride through the city.The Urban Cycling Group and R&B singer Trey Songz organized the unifying event that drew hundreds to ride peacefully through the city. 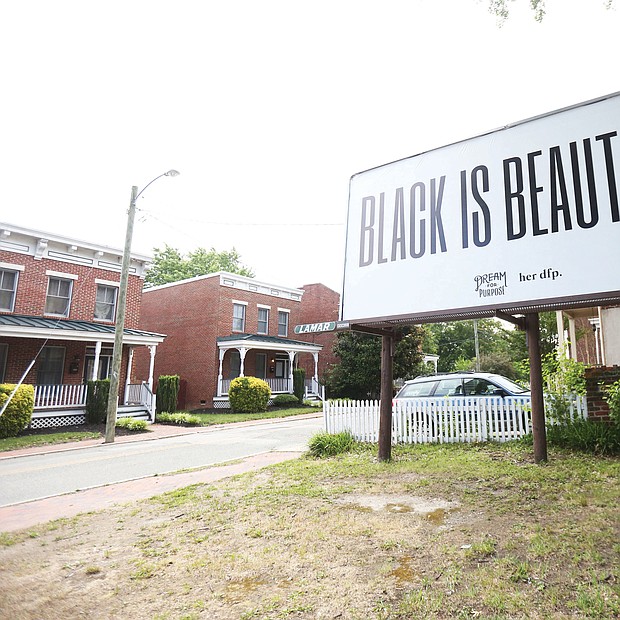 This “Black is Beautiful” billboard stands at the corner of Jackson Street and Chamberlayne Parkway on the edge of Jackson Ward and just across Interstate 95 from Gilpin Court. It’s a message that resonates amid the upheaval in the city. The billboard is the work of Dream for Purpose, which describes itself on its website as a “research-led creative house that provides brands with guidance and insights on how to maneuver in an ever-changing digital age.” 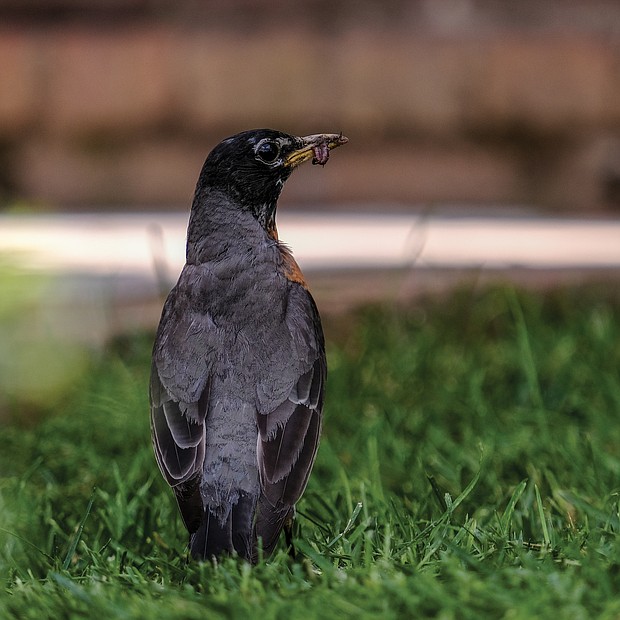 Early bird catch in North Side