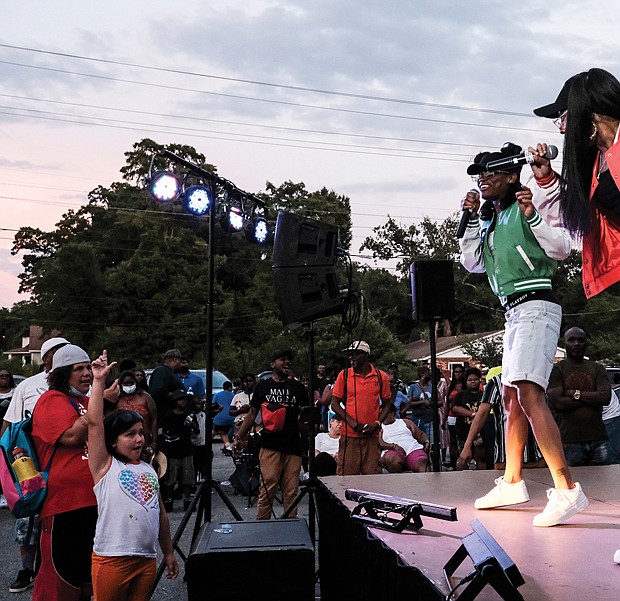 The Richmond Police Department celebrated National Night Out, which it calls “the biggest citywide party of the year,” on Tuesday, Aug. 2. The annual event brings together police and neighbors to support crime prevention during an evening of music and entertainment. Among this year’s festivities were fun and games at the Satellite Restaurant, 4000 Richmond Highway in South Side. In this photo, rappers ShaaBiggaa and Hiii Siddity of Girll Codee perform. 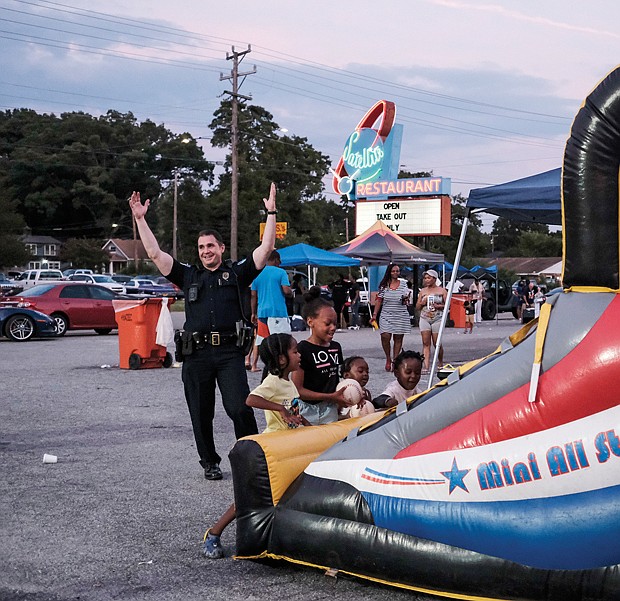 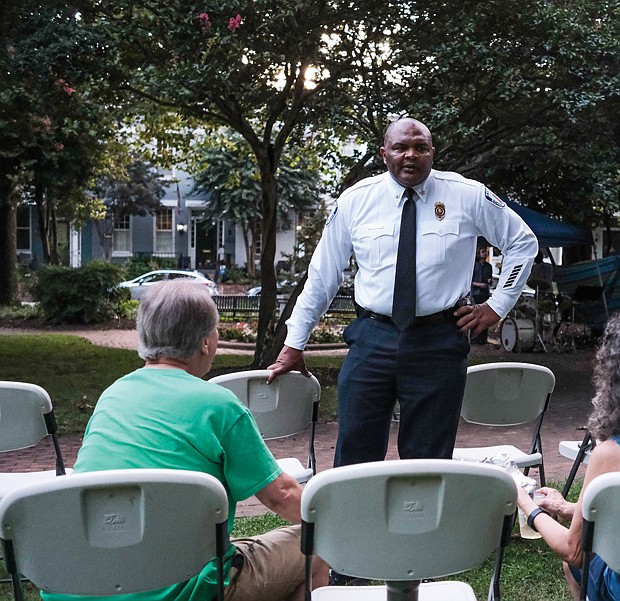 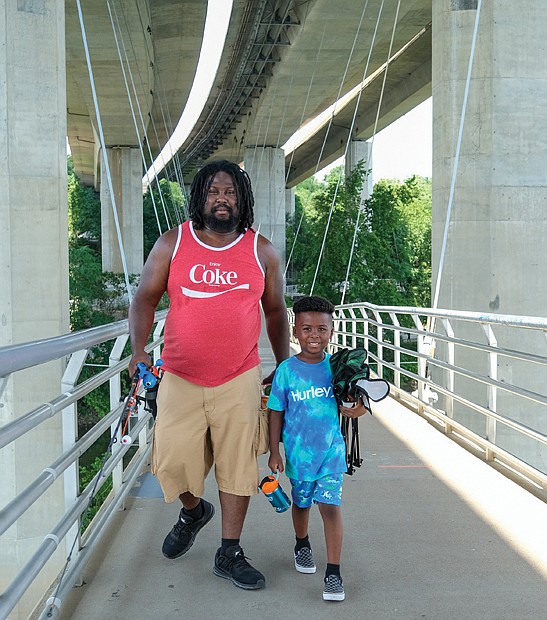 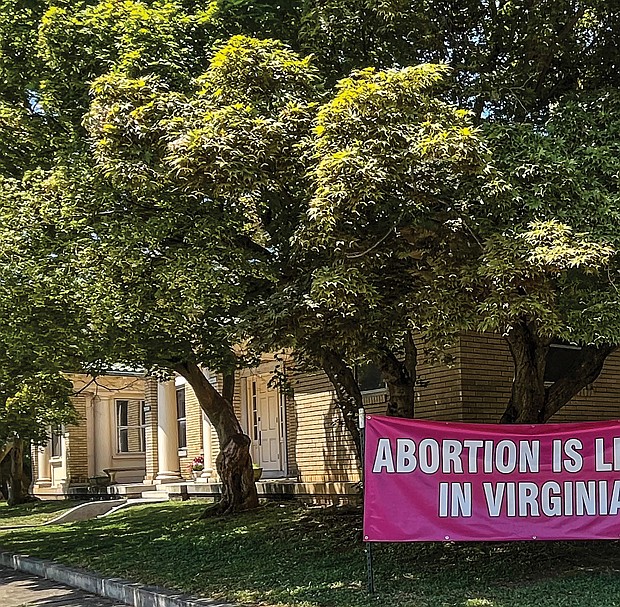 This sign, outside of Richmond Medical Center For Women on Arthur Ashe Boulevard, makes it clear that the recent overturning of Roe v. Wade by the U.S. Supreme Court will not stop women in Virginia from exercising their reproductive rights. 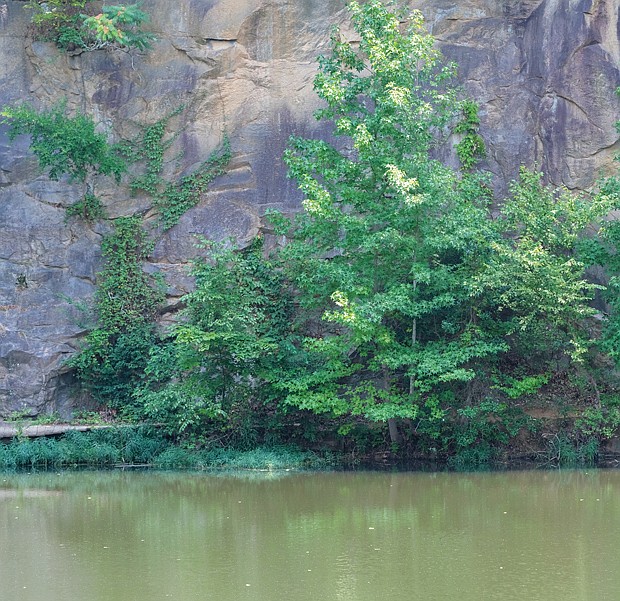 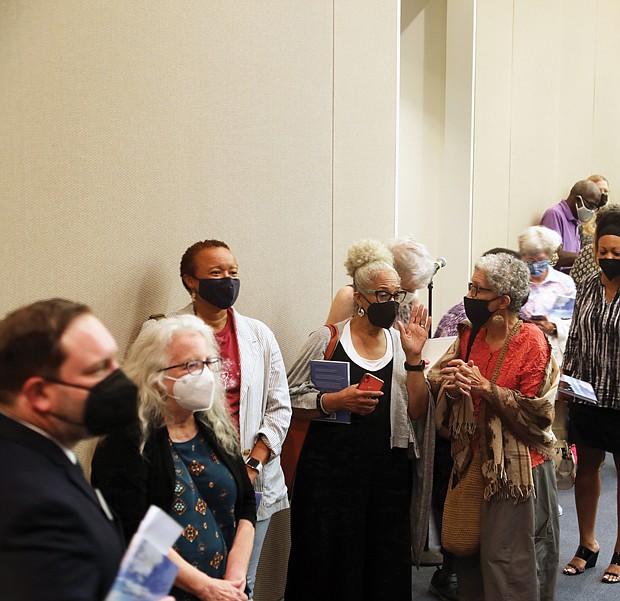 Pulitzer Prize-winner Rita Dove captivated her audience at the Library of Virginia on July 28 when the renowned poet and University of Virginia professor read excerpts from her 2021 work, “Playlist for the Apocalypse.” 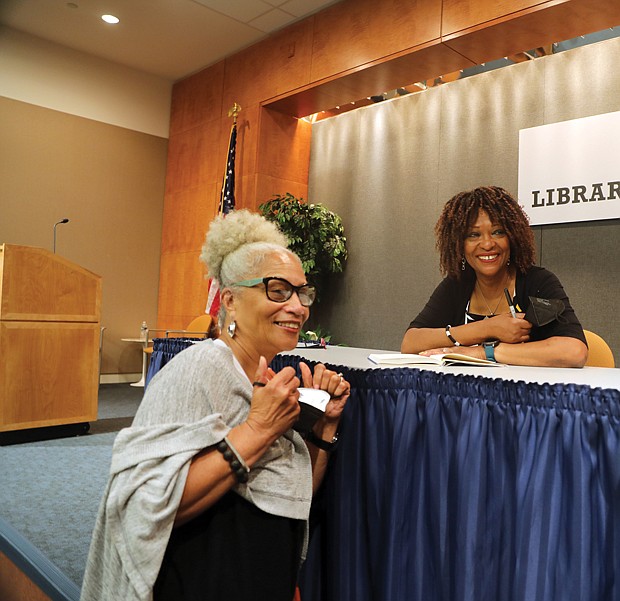 Among those eager to have their books signed after Ms. Dove’s reading was Richmonder Gwen Corley Creighton, who, like Ms. Dove, is a native of Akron, Ohio. “I had to come see my homegirl,”Ms. Corley Creighton said, bubbling with pride. The program was part of the library’s Carole Weinstein Author Series, which supports the literary arts in Virginia by bringing new and veteran authors to the Library of Virginia. 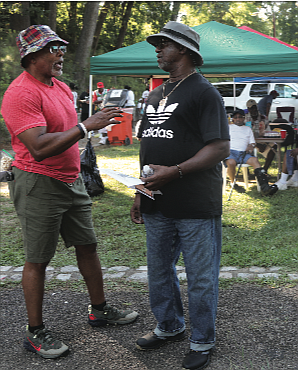 Hundreds came to Battery Park on July 30 for the 29th annual Northside Reunion. There was food, music and plenty of fun in the sun during the free event that brought together folks who grew up in or frequented Northside. Some of those catching up, right, included childhood friends and 1979 graduates of Thomas Jefferson High School Irvin Carter, left, and Chuck Mack. 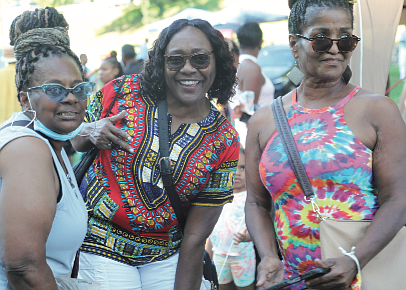 Other TJHS Class of ’77 alumna Avis Winston (from left), Glenda Robinson, and Lucille Peterson of Petersburg used the event as a warm-up for their upcoming 45th high school class reunion. 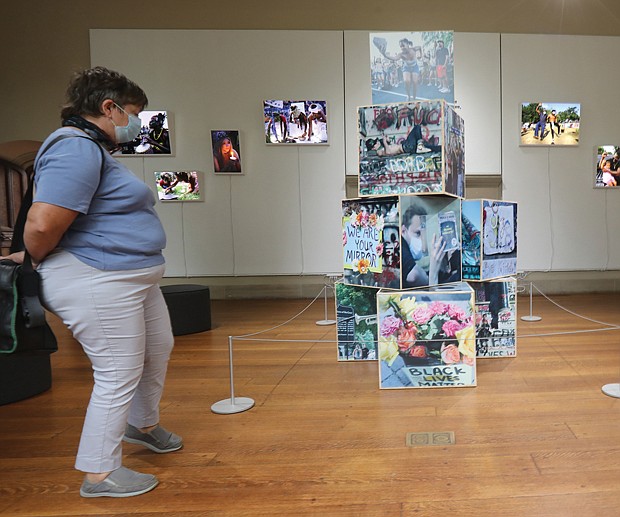 Initiatives of Change partnered with several Richmond museums for its Intersecting History Museum Crawl on July 31. From 10 a.m. to 5 p.m., attendees were given free rides and entry into the American Civil War Museum, Virginia Holocaust Museum, The Valentine, Virginia Museum of History and Culture, Virginia Museum of Fine Arts and the Branch Museum of Architecture and Design to “intersect with new narratives they may not typically experience regarding race, justice and public memory.” Above, participant Suzan Royce Moore took in Richmond Free Press photojournalists’ Sandra Sellars and Regina H. Boone’s photography exhibit “(Re) Framing Protest: Design + Hope” at the Branch Museum of Architecture and Design on Monument Avenue.