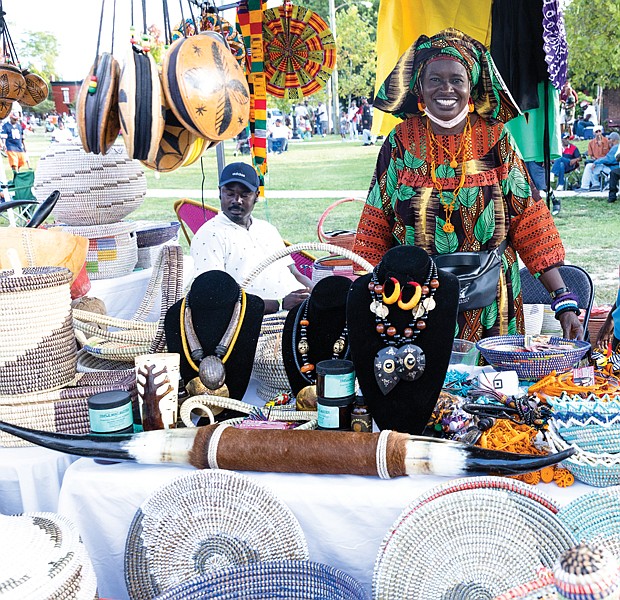 Awas, owner of Awa’s African Art, proudly displays her baskets, jewelry, furniture and other wares during the Elegba Folklore Society’s 31st Annual Down Home Family Reunion, A Celebration of African American Folklife. Hundreds attended the festival on Saturday, Aug. 20 at Abner Clay Park in Richmond’s Jackson Ward community where they were treated to art, musical performances, Southern cooking and storytelling. Awas, originally from Senegal, West Africa, moved to Richmond and started her business in 1995. At right is her grandson, Mostapha, and seated at left is her son, Guey Khadim. For three decades, the Elegba Folklore Society has hosted the festival to demonstrate how certain West African cultural practices and traditions have influenced the American South. 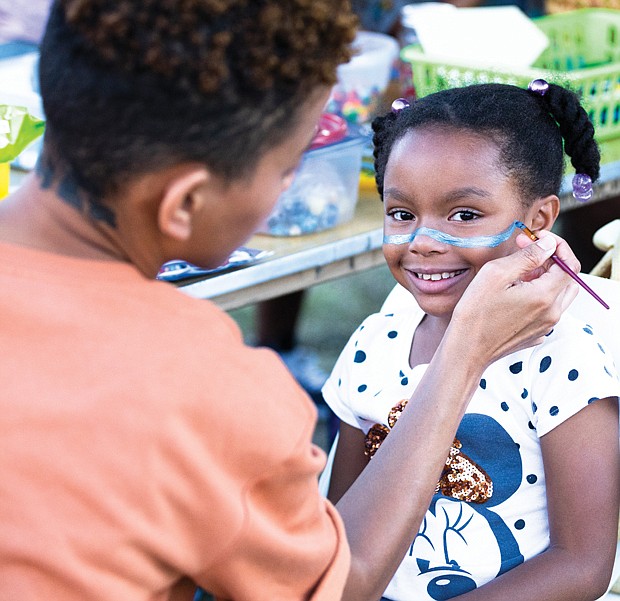 Skylar Branch, 7, is all smiles while having her face painted at the children’s craft table during the Elegba Folklore Society’s 31st Annual Down Home Family Reunion on Saturday, Aug. 20, in Abner Clay Park. 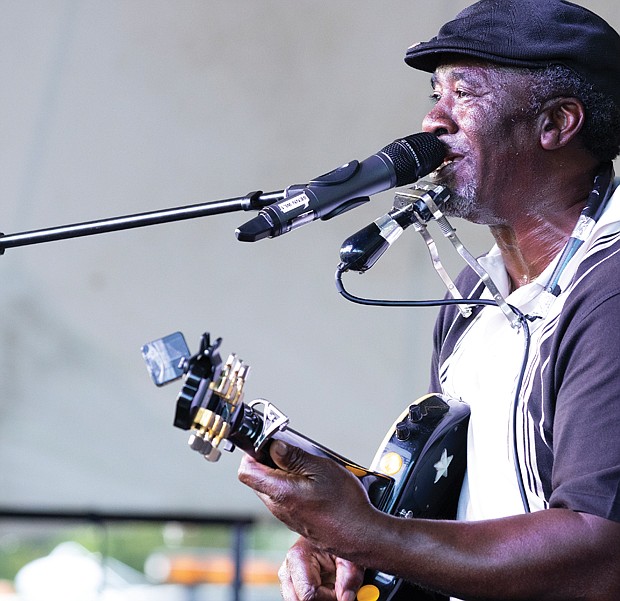 A celebration of African and African-American folklife headlined the 31st Down Home Family Reunion on Saturday, Aug. 20, in Jackson Ward’s Abner Clay Park. The event, sponsored by the Elegba Folklore Society, featured interactive demonstrations, a Heritage Market with African imports and music from musicians and performers that included, Terry “Harmonica” Bean, in the photo, the Pan Masters Steel Orchestra and Trouble Funk. 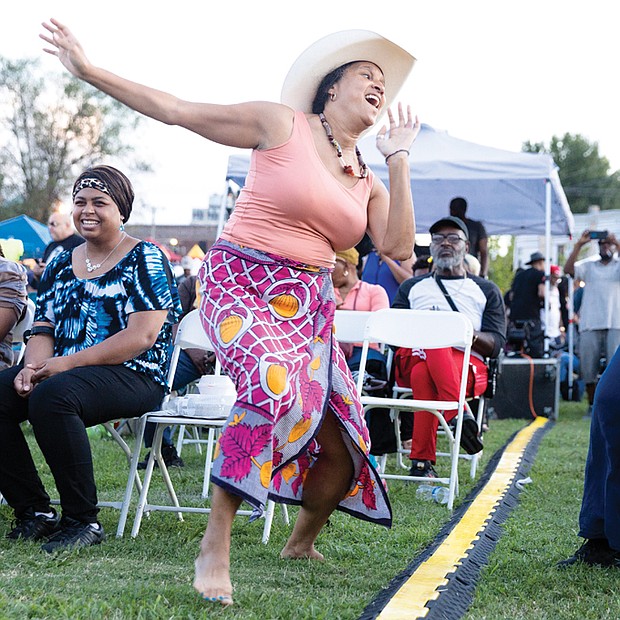 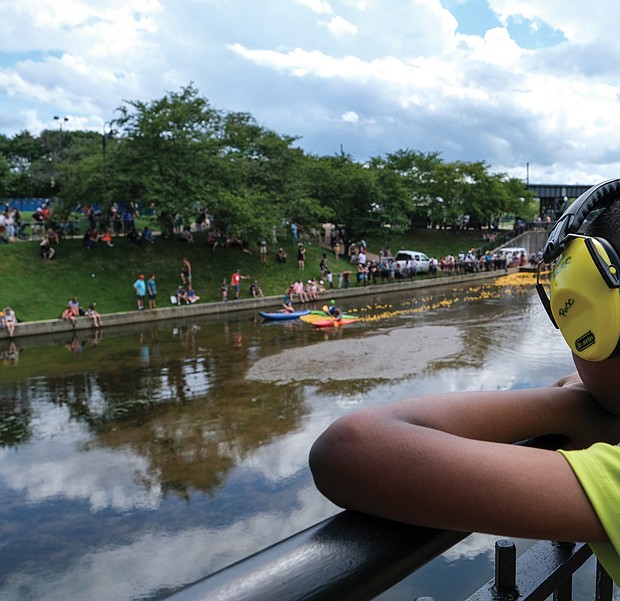 Jer’Amir Rose, 10, and his mom, Jessica Edgerton, were among hundreds attending the RVA Duck Race on Brown’s Island on Saturday, Aug. 20. 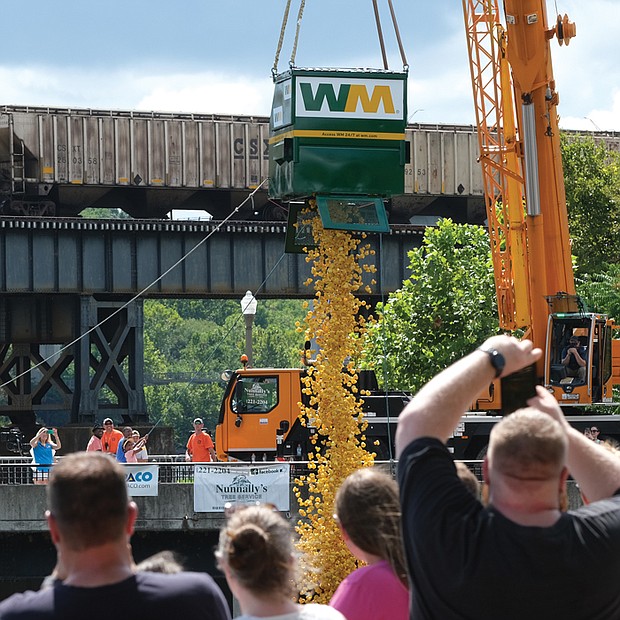 Some 15,000 ducks were dropped in the canal during the event, hosted for the first time in more than 10 years by the Autism Society of Virginia. This year’s fundraiser featured the Festival of Inclusion, and welcomed people with autism and other developmental challenges. 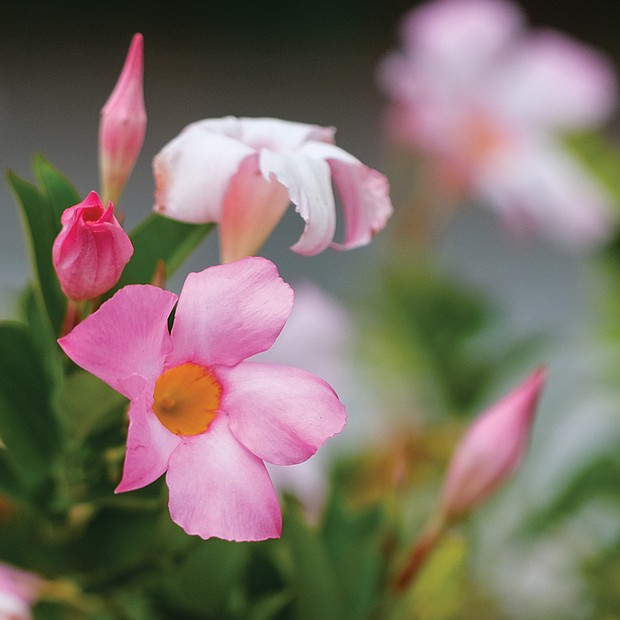 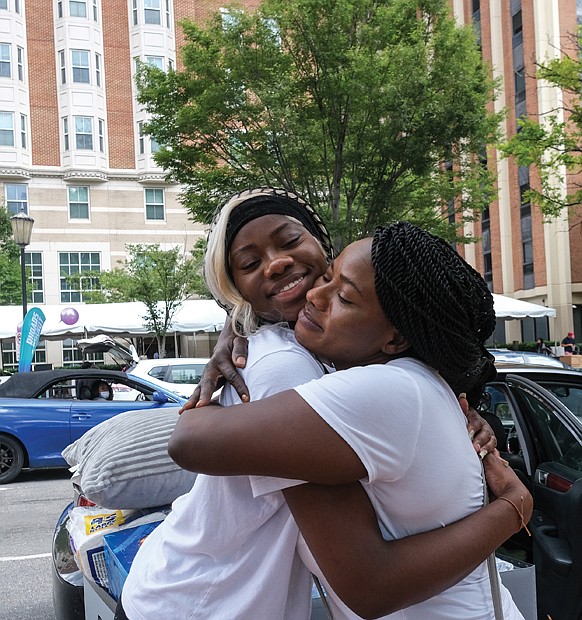 Last weekend, new and returning students and their families filled the streets at Virginia Commonwealth University’s Monroe Park Campus for the annual move-in weekend. What did the students have in tow? “Mini fridges, TVs, boxes of snacks, piles of clothes and all manner of creature comforts they’ll want and need for the new academic year,” according to VCU’s news website. Hillary Amaniampong of Dumfries and her mom bid a brave farewell to one another as Ms. Amaniampong, a nursing major, moves into a VCU dormitory on Franklin Street on Aug. 20. 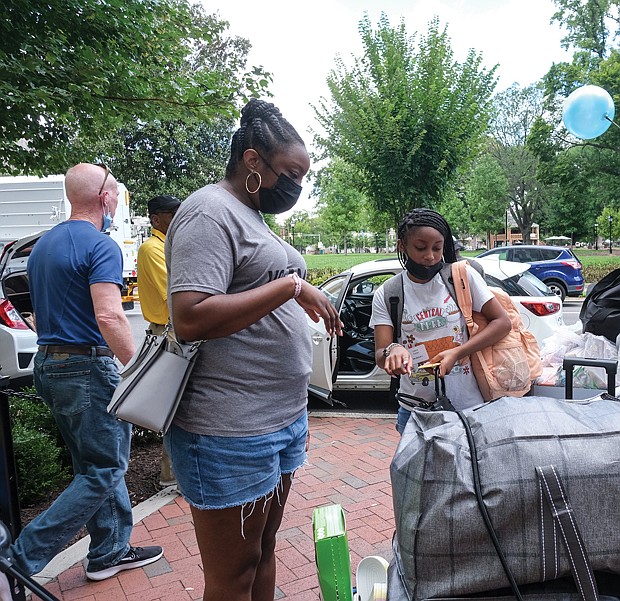 VCU freshman Laiana Trotter of Baltimore got help from her mom, Monique Totter, while moving into Gladding Resident Center. Ms. Trotter will major in pre-nursing. Nearly 4,200 first-year students have started classes at VCU for the fall semester.