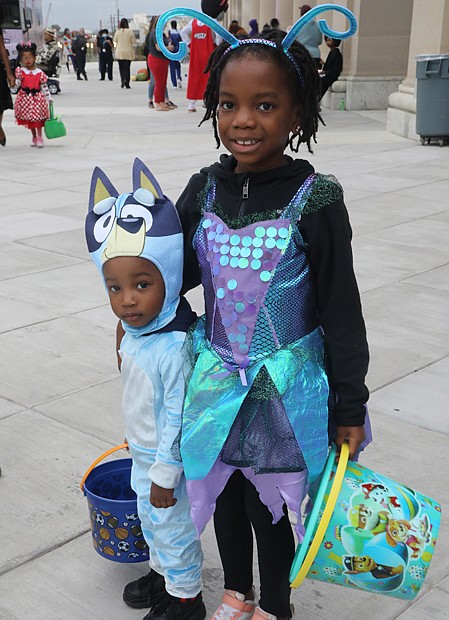 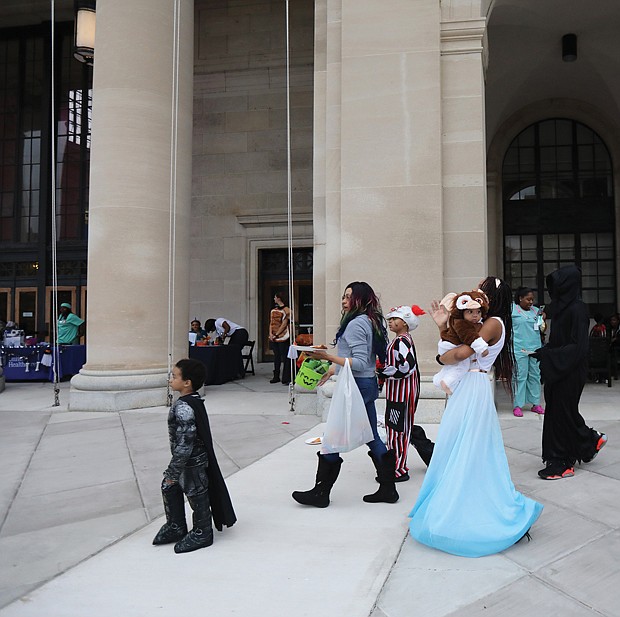 Hundreds of costumed children, their families and friends showed up on Monday for an evening of fun during Sen. Jennifer L. McClellan’s 15th Annual Community Harvest Festival at the Science Museum of Virginia in Richmond. The festival returned after a two-year pandemic hiatus, and at least 2,000 children and adults were expected during the free event, the senator said in a news release. 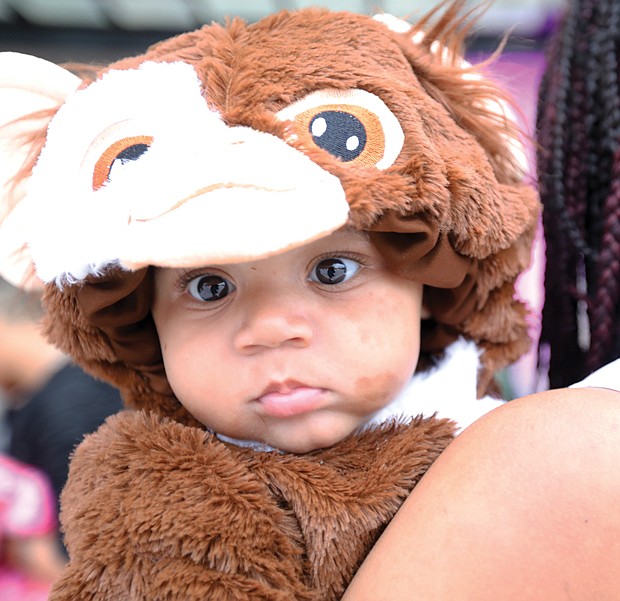 Among the celebrants were Jacari Birchett, 4 months, dressed as a little Gizmo. 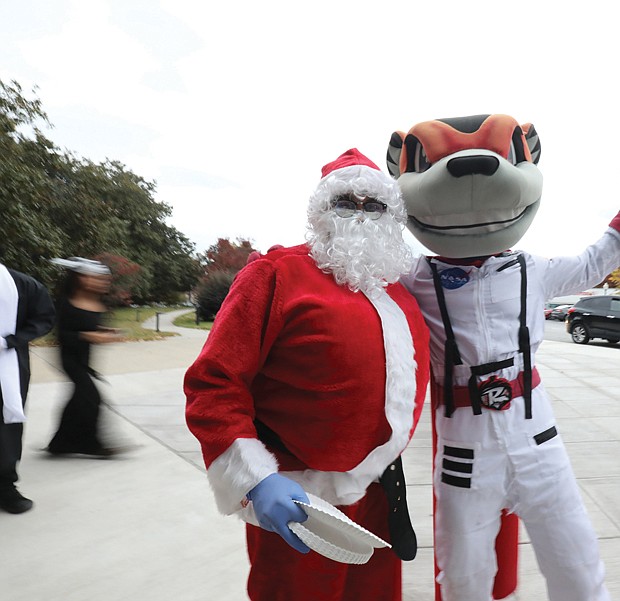 Santa and Nutzy also were on hand at the festival, as well as members of the rest of the Birchett family of Richmond. In addition to candy, participants helped themselves to pizza, ice cream, and free home COVID-19 tests. 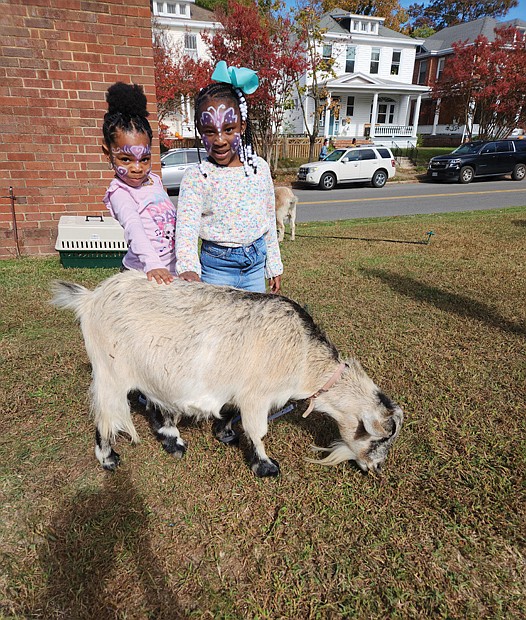 Genisis Brooks, 4, left, and Eboni Watford, 5, pet a goat that was grazing Sunday at New Generation Church, 19 Overbrook Road. The church rented a cow, a llama, three goats, two ponies and a piglet from the Teeny Tiny Farm in Suffolk to share with children and their parents after services. 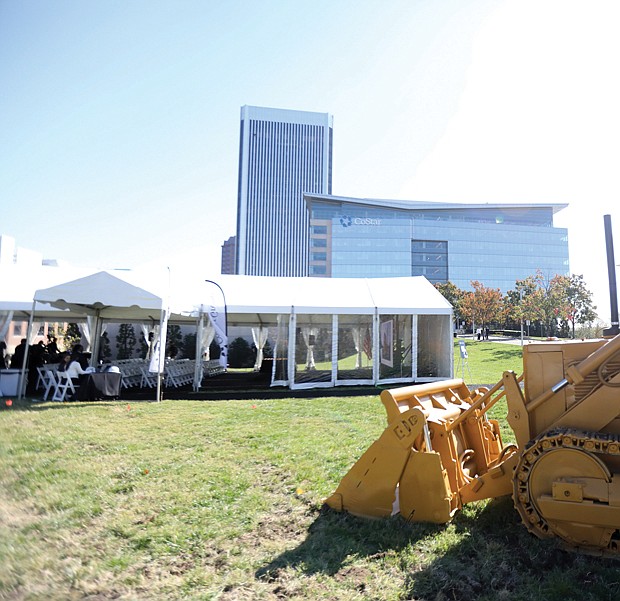 A ceremonial mechanical excavator is on site for the groundbreaking at the CoStar Group’s campus in Downtown Richmond in front of the current CoStar headquarters building at 5th and Tredegar streets. CoStar, founded in 1987, provides commercial real estate information, analytics, and online marketplaces for real estate transactions. Community partners, CoStar employees and the public witnessed the ceremonial groundbreaking and announcements about the $460 million project that is projected to bring at least 2,000 new jobs to the area. 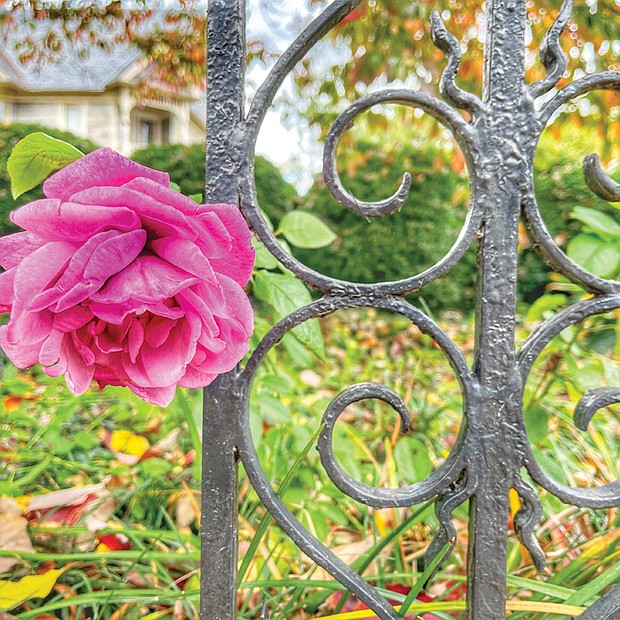