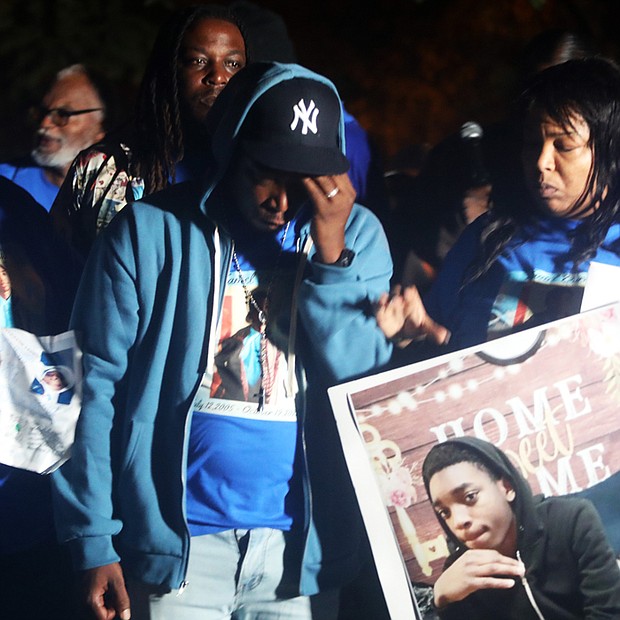 Tamel Durant, a 17-year-old Richmond Alternative School student, was looking forward to graduating next spring. He won’t. His body was found in a trash can after he who was shot and killed in Fairfield Court on Oct. 19. The teen moved to Richmond two years ago from New York to live with his father, Jemil Durant, right. He was described as quiet, someone who was turning his life around. A Golden State Warriors fan, he loved Steph Curry. During a Monday, Oct. 24, vigil organized by James E. “J.J.” Minor III, president of the Richmond Branch NAACP, family and loved ones gathered to remember and honor the shortened life of Tamel. 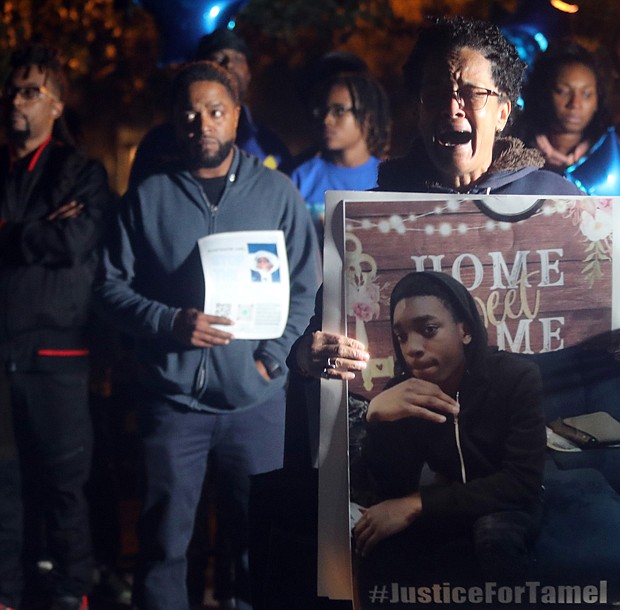 In expressing their pain and sorrow, Tamel’s family and loved ones, including his stepmother, Daytoria Durant, asked why this unspeakable act of violence happened to their son, grandson, nephew, friend and classmate. The family hopes to raise money to transport Tamel’s body back to New York for his funeral services. 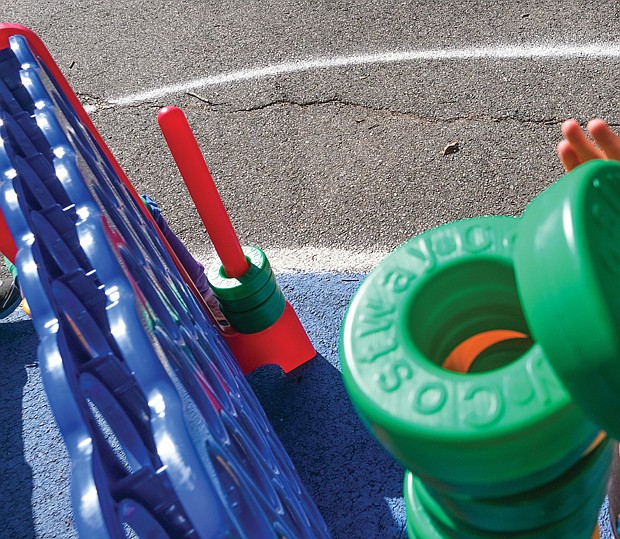 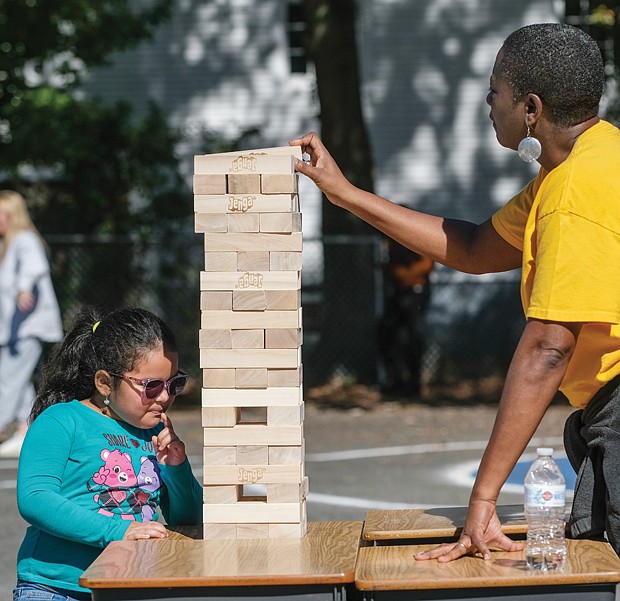 First-grader Luz Luna plays a game of Jenga with first-grade teacher Carla Lewis during the Barack Obama Elementary School Centennial Celebration and Fall Extravaganza at the North Side school on Oct. 22. 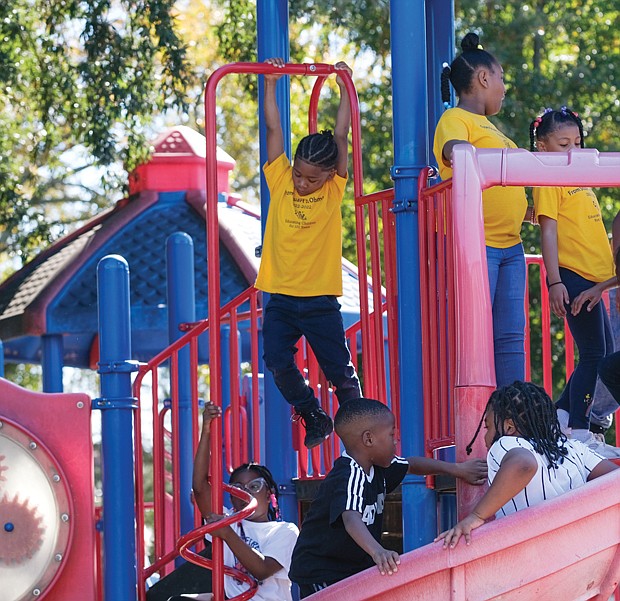 The usual array of child-play equipment brought on lots of smiles as well as the fellowship shared by students, former students, faculty and neighbors. 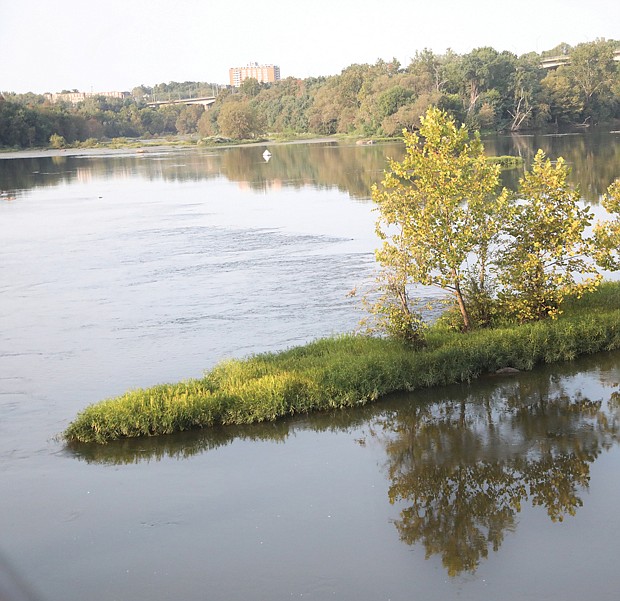 Who can resist a stroll around Brown’s Island, where visitors are surrounded not only by the James River, but also the past, present and future. Originally formed as part of the Haxall Canal in 1789, Brown’s Island is named after its first settler, Elijah Brown, who acquired the land in 1826. During the Civil War, it was home to the Confederate States Laboratory where women and children produced ammunition and other military supplies. Today, Brown’s Island is managed and maintained by Venture Richmond and offers 6 acres of riverfront with access to the James River. 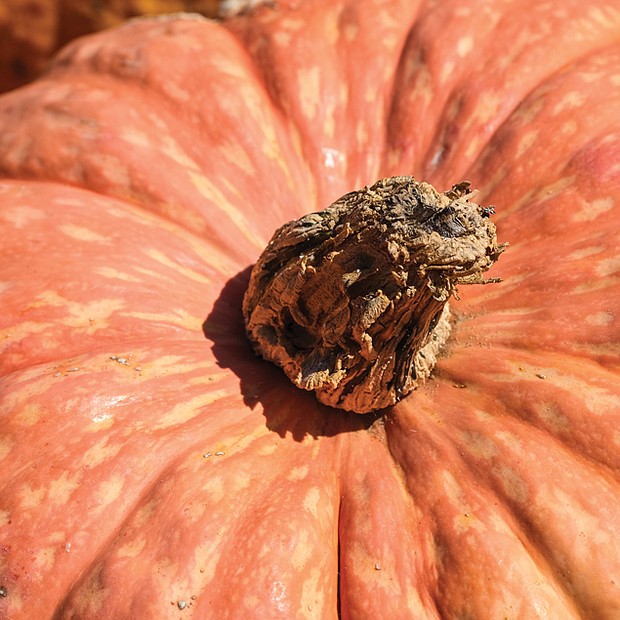 Pumpkin hatched in North Side 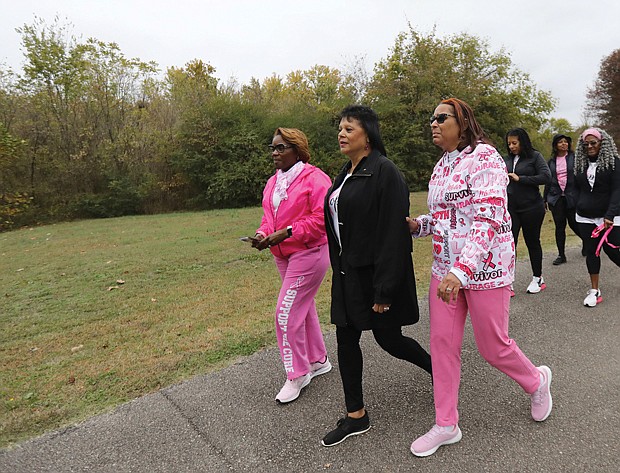 Henrico resident Robin Williams, lead right, was diagnosed with breast cancer in May of 2020 during the peak of the COVID-19 pandemic. Mrs. Williams, who is legally blind, relied on her husband, Larry D. Williams for support, in that he was the only family member who could be with her inside the hospital due to the COVID19 restrictions at the time. Mrs. Williams’ breast cancer treatment plan included 16 rounds of radiation at the VCU Massey Cancer Center in Richmond. Since coming home to recover nearly three years ago, Mrs. Williams continually has been supported by her family and friends. 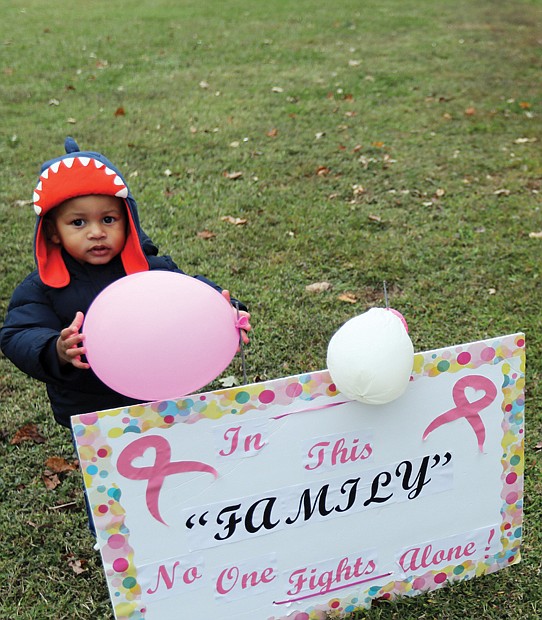 In recognition of October as National Breast Cancer Awareness Month, Mrs. Williams started her first “Robin’s Walk” in October 2020. On Oct. 23, she was joined by family and friends who have shown up each year to support her wellness journey and to build awareness about the disease. Despite the chilly, drizzly afternoon at Henrico County’s Osborne Park, Ms. Williams, along with family (including 18-month-old Kaleb Quivers shown holding a balloon) and friends, completed a 1-mile loop around the park before returning to a picnic shelter for lunch, pink cupcakes (baked by Myra Nelson, Mrs. Williams’ cousin), games and fellowship. 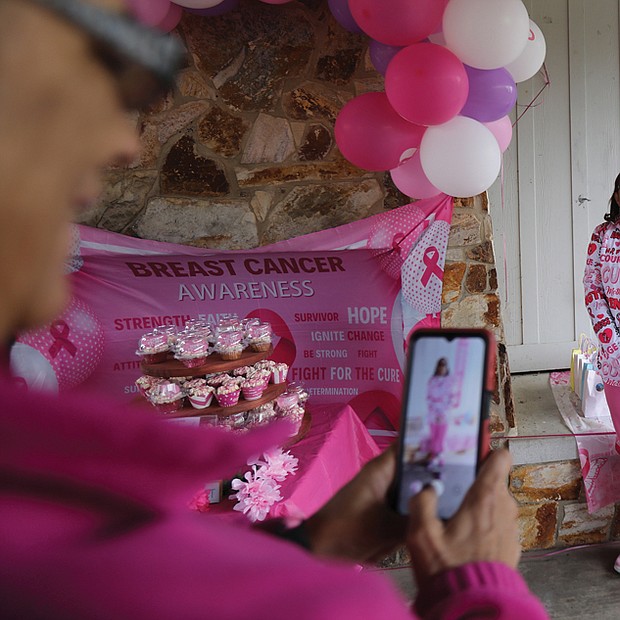 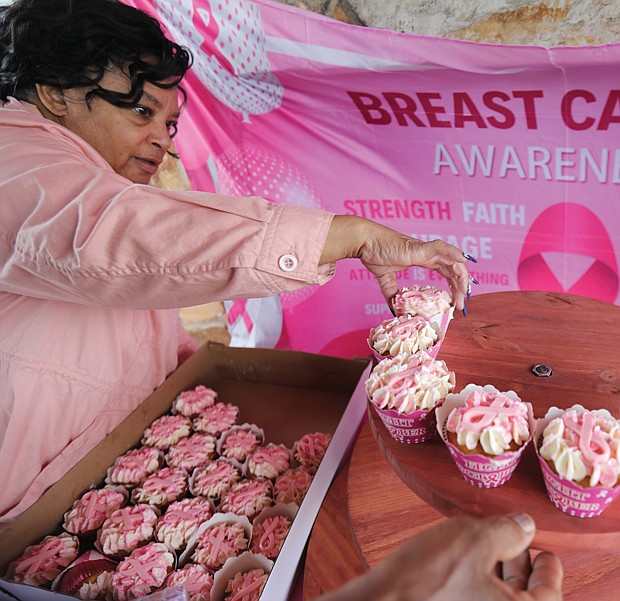