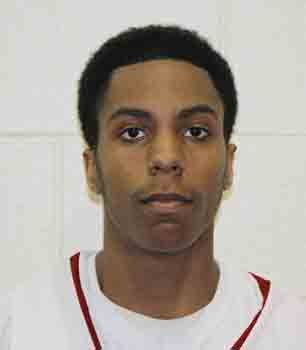 The casual basketball fan may not pay much attention to defense, but coaches and scouts surely do.

That’s the prime reason Taqqi Muhammad is held in such high esteem at Richmond’s John Marshall High School, and why the senior has landed a full scholarship to the University of North Carolina-Greensboro.

In fact, at John Marshall, they’ve begun writing his name MuhammaD — because he’s all about the big D — defense.

“Taqqi has embraced the challenge of tight defense,” said Ty White, coach of the John Marshall Justices. “He guards the other team’s best guy night in and night out.”

For an offensive player, trying to shake the lithe, long-stemmed 6-foot-4 Muhammad might be compared to trying to get away from your own shadow.

Posting a 22-5 record, John Marshall won the State 3A title a year ago and is a logical choice to repeat this winter, with four returning starters and two talented transfers.

Muhammad will anchor the defense Dec. 6 when John Marshall opens in Portsmouth against State 4A champ I.C. Norcom High School.

“It’s a heavy responsibility,” said Muhammad of his defense, “but I take pride in it. My goal is to stop the other team’s top scorer.”

An all-round talent, Muhammad averaged 11 points, four rebounds and two assists while hitting 59 percent from the floor in 2013-14.

His parents have much to be proud of. He is the son of Minister Tracy and Jeanette Muhammad. His father leads Muhammad Mosque #24 on Cowardin Avenue.

JM’s cup runneth over with talent.

The only departed first stringer is guard Quaman Burton, now on scholarship at Lincoln (Pa.) University.

To avoid complacency, coach White has compiled a demanding schedule topped by a Jan. 24 meeting with Orangeville Prep at Virginia State University.

In late October, John Marshall gave a preview of what it has to offer, winning the Hampton

Roads Fall League. The Justices defeated I.C. Norcom 54-48 in the finals at the Boo Williams SportsPlex in Hampton.