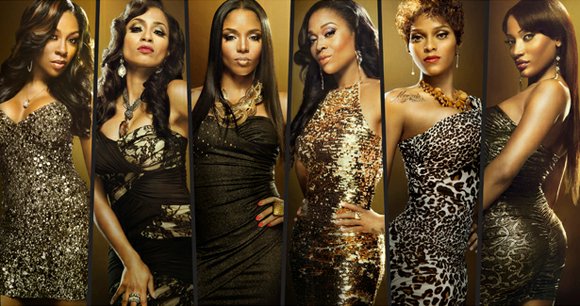 While Black women are clearly underrepresented in films and on prime time comedies and dramas, the same cannot be said of our representation on reality television. The sheer number of reality programs on television today makes it difficult to determine if we are in some way “overrepresented,” however, Black women have been entertaining American households through this genre from its inception and continue to do so today. We’ve gone from Tammy on the pilot season of The Real World to Tammy translating her renewed popularity on Basketball Wives into her own reality show.

Some of the shows that focus primarily on Black women are The Real Housewives of Atlanta, Love & Hip Hop and Love & Hip Hop Atlanta, The New Atlanta, and Married to Medicine. There are also shows like Black Ink Crew, Thicker Than Water, and Preachers of L.A. in which Black women figure prominently. This list is in no way meant to be exhaustive and does not include the many reality shows that rely on Black women for a great deal of their entertainment value, ranging from the now defunct Cheaters to Bad Girls Club.

So, why are Black women so entertaining in “reality” but thought to be unable to garner an audience as actors? Reality shows have been around for decades but began to multiply exponentially over the last decade. They seem to be a good way to get ratings without having to pay actors. Makes sense. But movies and television dramas and sitcoms are still being made, actors are still getting paid, just not Black actors.

Black women on reality television are not necessarily monolithic. There are accomplished career women, stay-at-home mothers, musicians who’ve had varying levels of commercial success, and even actors (who were actually actors before joining reality show casts). The depictions of Black women, on the other hand, are narrow and seem to revolve around the same themes including conflict with other Black women, dealing with cheating and disrespectful Black men, and that’s pretty much it. We see Black women throw drinks in each other’s faces, jump on the table, shake the table, and pretend to be held back ‘less they shall surely spend the night in jail. And then come the boyfriends / husbands /baby daddies / significant others / crazy exes. They lie, cheat, and also throw beverages. It makes for exciting television, but at what cost? Are these shows, although heavily scripted, presenting some of the realities of Black womanhood, or are they merely repackaging what America thinks of Black women (and men) and pulling an audience by confirming stereotypes? Sadly, I think the latter is closer to the truth.

I would like, however, to do something with which some or many will surely disagree, and that is to applaud The Real Housewives of Atlanta. While that show did feature physical fighting, bullying, and cattiness between Black women (and Kim), they seem to have responded to calls that the violence and venom cease. While there is still venom and cattiness and a host of other problems, they seem to have dispatched with the violence and also seem to be the only show that presents examples of healthy bonding and friendships between Black women that do not revolve around gossip or back biting. While I recognize that this is a relatively low bar, I also recognize that reality television isn’t going anywhere. As long as the other shows continue on a downward trajectory, I will encourage The Real Housewives of Atlanta to continue to step it up.