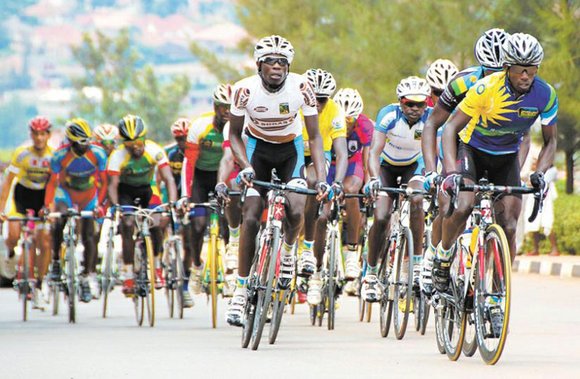 If you are among the expected throng of thousands of spectators who will line Metro Richmond’s streets, or if you elect to join the more than 300 million viewers online or by television, here are a few facts to help you to fully enjoy and understand the nine-day event.

The Importance to Richmond

The UCI Road World Championships, or “Worlds” as they call it, is one of cycling’s elite events. The international competition began in 1921, in the first host city of Copenhagen, Denmark.

Now in its 94th year, this is only the second time that a United States city has been selected to host the event. The first time was in 1986, when Colorado Springs, Colo., hosted the races. Other host cities have included Zurich, Rome, Montreal and Barcelona, Spain.

The event is comprised of 12 different races, with each race crowning a world champion in the event.

The races will be held on four courses. Two of the four courses start at the Greater Richmond Convention Center in Downtown, while one starts at Kings Dominion in Doswell and the other begins at Lewis Ginter Botanical Garden on Lakeside Avenue in Henrico County. However, all of the races finish Downtown on Broad Street at the Convention Center.

Races begin after 8:45 a.m. and the morning rush hour. They conclude before the evening commute.

The shortest event is the 14-mile Women’s Junior Time Trial, for women under age 19, to be held 10 a.m. Monday, Sept. 21. This race should wrap up in about an hour and a half.

The longest event is the Men’s Elite Road Race at 9 a.m. Sunday, Sept. 27. It is the last and largest race, spanning about 160 miles and will take more than six hours to complete.

Two of the best spots for viewing the races: Monument Avenue and Libby Hill at 23rd Street. Don’t worry if the crowd beats you there. UCI is providing several fan zones along the courses. Fan zones are located at the start/finish line of each race. Each fan zone will offer closed circuit TV and the opportunity to purchase food and beverages. In addition, grandstand seating and VIP hospitality areas will be available along the finish line.

The American team features some heavyweights in the sport. Among them is 32-year-old Evelyn Stevens.

Ms. Stevens, a former Wall Street analyst, has won several national titles and will be competing for a championship in the team time trial, the individual time trial and the elite women’s road race.

Another standout is Kristin Armstrong. Considered one of the best American cyclists, Ms. Armstrong won gold medals at the 2008 and 2012 Olympics. Look for her to compete in the women’s individual time trial.

On the men’s side is Taylor Phinney who also has won multiple Olympic and national titles. He’s seeking a championship in the team time trial, the individual time trial and the elite men’s road race.

Also keep a lookout for Richmond area native Ben King. Born in Henrico County, Mr. King may have home field advantage as he competes for a championship as one of the five cyclists in the elite men’s category.

Lisa Brennauer, 27, of Germany is the current women’s world champion and the cyclist to beat. Last year, she became the women’s world time trial Champion at the World Championships in Ponferrada, Spain.

Another German star, Tony Martin, will be the one to watch during the Men’s Time Trial. He suffered a broken collarbone after a crash in July’s Tour de France. He is a three-time winner in the time trials, having secured championships in 2011, 2012 and 2013. Can he replicate that here in Richmond?

Many events surrounding the Worlds promise to provide fans with thrills and excitement, including the grand opening ceremonies scheduled from 6:30 to 8 p.m. Friday, Sept. 18, on Brown’s Island.

The ceremony will begin with “American Idol” finalist and Metro Richmond’s own Rayvon Owen singing the national anthem. There also will be a performance by the Richmond Symphony and an Olympic-style procession featuring a parade of flags by participating nations. Students from Richmond’s Armstrong High School Cycling Corps will assist in carrying the flags. Youths from Henrico County and Hanover County public schools will be participating as well.

While the event is free, tickets are required. Go to: http://www.eventbrite.com/e/uci-road-world-championships-opening-ceremony-tickets-18135981208

Awards ceremonies also will take place at the end of each race day at FanFest, which will be based at the Greater Richmond Convention Center in Downtown. FanFest will include live music and food, as well as opportunities to take pictures and get autographs of riders. Live daily coverage of the races will be shown on a big screen at FanFest so that you can enjoy the Worlds in a comfortable environment.

The Worlds provides an opportunity for recreational riders to get into the action with the Dominion Conquer the Cobbles Ride. In conjunction with Sports Backers, riders will have the opportunity to ride the course, free from traffic, just like the pros. Conquer the Cobbles will be held from 7 to 9 p.m. Friday, Sept. 25. The cost: $125 for registration by Monday, Sept. 21; $135 after that. Information and registration: www.sportsbackers.org

A complete list of the races, times, course maps and other details are available at www.richmond2015.com.