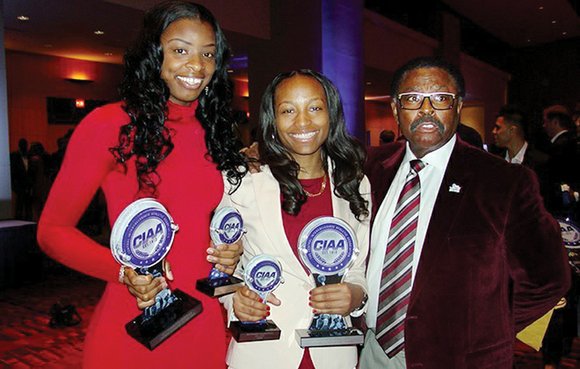 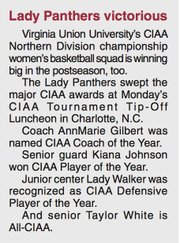 The Lady Panthers headed to Charlotte, N.C., this week as the CIAA tournament favorite. VUU women dominated the regular season, going 22-2 overall and 14-2 in the conference.

VUU has averaged 86 points while allowing 64.2.

Coach Gilbert is new to VUU, but her husband, Assistant Coach Jonathan Walker, was a Panthers standout during the Charles Oakley era of the 1980s.

The Lady Panthers’ history brims with greatness and tragedy.

In 1982, beloved Coach Tom Harris collapsed and died of heart failure on the sidelines during the VUU versus Norfolk State University final at the Norfolk Scope.

Conference officials offered bereaving VUU the chance to bow out and have the contest declared a “tie.”

Then known as the “Pantherettes,” the team opted to play — and play they did, with all their hearts, winning what would be their only CIAA tournament in their fallen coach’s honor.

Louis Hearn, who had been Coach Harris’ assistant, took over the team under the most stressful of circumstances.

In 1983, a nucleus of the same cast won the NCAA Division II crown under Coach Hearn, beating defending champ California State Polytechnic University, Pomona, in the final in Springfield, Mass.

That’s a long time to get by on memories.