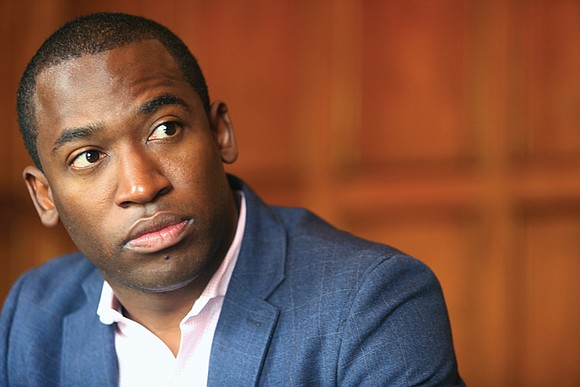 The Mosby Court public housing community — particularly the area around Redd and Accommodation streets — could be considered the epicenter of Richmond’s spike in homicides.

Of the 13 people slain in Richmond since February, six of the deaths occurred in that section of Mosby Court or in apartments adjacent to the public housing community.

Some residents and community advocates are calling it a crisis that warrants a strong response from City Hall, such as having police block the streets to create a kind of gated entry into the community.

“That would send a strong message that killings will not be tolerated,” said Art Burton, founder and director of the nonprofit Kinfolk Community that works to improve life in Mosby. “We’re talking about a 30-year culture of drugs and violence. And this would be very disruptive to business as usual.”

However, Mayor Levar M. Stoney does not support such an extreme measure.

“I don’t believe in locking down a community,” he said last week during an interview at the Richmond Free Press. “If we treat people that way, we’ll get a reciprocal response.”

Short of that, he said, “We’re going to use every tool in the toolbox to keep neighborhoods safe.”

He said steps are in the works regarding Mosby and other areas where violence has become more of a problem.

For example, he said Richmond Police Chief Alfred Durham is considering creating a police unit that would focus solely on public housing communities.

The mayor also said that he, Chief Durham and officials at Richmond Redevelopment and Housing Authority, which manages the city’s six major public housing communities, was discussing other possible steps. There is the possibility of issuing photo IDs to public housing residents to show they belong there and requiring them to register and place decals in their vehicles so police can easily determine which cars belong to residents, he said.

Mayor Stoney said it’s commonplace for private apartment complexes to require renters to register their vehicles and have an identification decal.

However, he would not say whether such proposals would go forward.

“We’re exploring our options,” he said.

He said he would want “feedback from residents” before he would consider offering a proposal to City Council.

James Lewis, a 61-year-old Mosby Court resident, said he would object to having a special photo ID.

“What’s needed is a way to keep people out who don’t belong here,” Mr. Lewis said. “I don’t think our community should be singled out for special measures. It would be better to temporarily block the streets.”

Mayor Stoney said other ways of improving public safety would come with increased investment in technology.

He cited his budget proposal to spend more than $235,000 to place sonar equipment called ShotSpotter in various parts of the city to more quickly identify the location of gunshots and enable police to get to the scene more rapidly.

Mayor Stoney dismissed concerns raised in other cities about the effectiveness of ShotSpotter, calling it a first step to use such techniques.

He also said he hopes in the years to come to win support for investing in a network of CCTV or closed-circuit cameras that are used in cities worldwide to help identify perpetrators of crime.

However, he did not mention bringing more recreation programs to areas like Mosby Court to engage young people.

Mr. Burton said that RRHA and the city have made life harder for young people in Mosby and other public housing communities by failing to provide recreation programs that could encourage a more positive approach to life.

Mayor Stoney understands the impact that crime can have.

“Violent crime is the toughest part of the job for me,” he said.

Since taking office in January, he said he has had to make several condolence calls to families in the wake of the 21 homicides in the city. That includes the parents of Samuel Kwarteng, 20, of Alexandria, the Virginia Commonwealth University electrical engineering student who was fatally shot in the Carver community on April 13.

“The breadth of the job really hit me when I made an appearance at the double murder-suicide” on Feb. 16 at an apartment in the Mosby Court area, where two small children were discovered around three dead bodies.

“The toughest part of my job is providing condolences to the parents and family members,” he said. “Sometimes it makes you feel helpless.

“That is why I made public safety a priority in the budget,” he said, “including providing $1.3 million to help retain veteran police officers who are being lured to other communities.”

That is also why Mayor Stoney has tried to be more visible in the community to encourage people to take part in addressing crime.

He said the city and police cannot do it all. They need the help and support of residents to report suspicions.

“We’re all in this together,” he said.