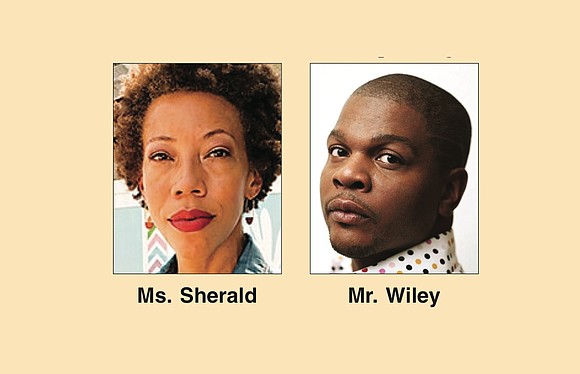 Artist Kehinde Wiley, known for his large, edgy paintings of top music and hip-hop performers such as Michael Jackson, LL Cool J, Notorious B.I.G., Ice T and Grandmaster Flash and the Furious Five, has been commissioned to paint the official presidential portrait of former President Obama for the Smithsonian’s National Portrait Gallery.

Additionally, Baltimore-based artist Amy Sherald, who is known for her life-size paintings of African-Americans, will complete the portrait of former First Lady Michelle Obama.

The announcement, made Oct. 13 by officials at the National Portrait Gallery, sent ripples of excitement through the art world. They are the first African-American artists to paint official presidential portraits.

Both were chosen by the former First Couple to immortalize them in official portraits to be unveiled at the Washington museum in early 2018. 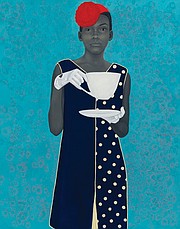 The paintings, which will cost $500,000, including the unveiling event and a reserve for future care, will go on view at the National Portrait Gallery and will become part of the museum’s permanent collection.

“Kehinde Wiley and Amy Sherald bring tremendous energy and empathy to their portraits, and we are excited to see how that translates to picture the President and First Lady,” stated Kim Sajet, director of the National Portrait Gallery, in announcing the commissions.

“In many respects, (the Obamas) are introducing a new chapter in official portraiture by combining the best of the past with pop culture, the hip-hop aesthetic of urban America and the personal stories of the artists themselves.”

Mr. Wiley, 40, is a Los Angeles native who has achieved international renown for his portraits of young African-American men adorned in the latest hip-hop street style. His work was featured in 2016 during a well-received exhibit at the Virginia Museum of Fine Arts in Richmond, where Mr. Wiley also spoke about how he got into art and his artistic development and influences since attending the San Francisco Art Institute and the Yale School of Art.

Ms. Sherald, 44, a relatively unknown artist and native of Columbus, Ga., was the winner of the National Portrait Gallery’s 2016 Outwin Boochever Portrait Competition, with her oil painting “Miss Everything (Unsuppressed Deliverance)” beating out more than 2,500 entries.

Her portfolio was included by officials at the last minute for Mrs. Obama’s review for consideration for the presidential portraits, officials said.

At the end of each presidency, the museum partners with the White House to commission one official portrait of the president and one of his spouse, according to the museum. Two sets of official portraits are completed: One for the White House and one for the National Portrait Gallery. The museum began to commission presidents’ portraits with former President George H.W. Bush, when the portraits began being paid for with private funding, mostly from big donors.

Linda St. Thomas, a spokesperson at the Smithsonian Institution, said the donors are acknowledged in media materials and credited in labels. 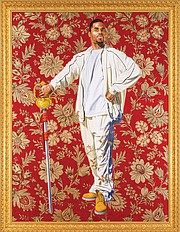 VMFA, Arthur and Margaret Glasgow Fund “Willem van Heythuysen,” a 2006 oil and enamel painting on canvas by artist Kehinde Wiley, is part of the collection at the Virginia Museum of Fine Arts in Richmond.

Ms. Sajet declined to say how much the artists are paid for the commission.