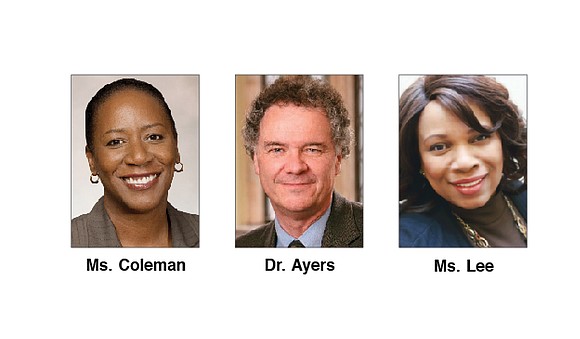 Richmonders are posing creative ideas for adding context to the Confederate statues along Monument Avenue.

At a meeting hosted by members of First Unitarian Universalist Church of Richmond last Friday, many of the 60 people attending the event said they would prefer the statues to be removed or relocated.

But there were also suggestions to help create a fuller story about the Confederate men depicted along the thoroughfare and the racist institution of slavery they meant to preserve.

“We talked about adding ‘traitor’ to the statues or ‘Defeated at the battle of’ for more information,” explained one woman after small discussion groups reconvened in the sanctuary to share the ideas generated in the discussions.

The woman’s group also suggested adding a statue of Gabriel, an enslaved man whose planned, large rebellion just outside of Richmond in 1800 was leaked and stopped before it could occur. Gabriel reportedly was executed and buried in the African Burial Ground on the edge of Shockoe Bottom.

“And someone mentioned (a statue of) Mayor Levar Stoney,” the woman continued. “If he decides to take these (Confederate statues) down, there should be a statue of him,” she said to laughter.

Another presenter raised the oft-cited point that the monuments are so large, it would be difficult to add descriptive context without massive billboards. Any additions, then, would need to match the scale of the statues and be visually arresting without language, the presenter said.

Two specific suggestions from the small group: To surround each monument with hundreds of stones to represent the souls of the enslaved and a series of scattered vignettes depicting some of the harsh realities of slavery.

Another group suggested removing the statues from their pedestals, allowing the Confederate figures to stand on the same level as passersby, or erecting statues depicting “a line of slaves shackled” down the Monument Avenue median.

Another suggestion was to cover the statues with black drapes like in Charlottesville, which temporarily draped its public statue of Confederate Robert E. Lee following the death last August of 32-year-old paralegal Heather Heyer, a counterprotester run over by a white supremacist during a bloody and violent clash by neo-Nazis to keep Confederate statues in Charlottesville’s city parks.

“Everyone needs to be able to go down Monument Avenue and feel proud, and we have many citizens who can’t do that,” the presenter said.

Other ideas included using apps and launching a city-run website for people to consult for facts about Monument Avenue and the Confederacy.

“We were happy with it,” he said after the meeting. “I think it worked out and I think it was the right call.”

The next event will be hosted by the Sacred Ground Historical Reclamation Project at 6:30 p.m. Thursday, March 29, at Fifth Baptist Church, 1415 W. Cary St.