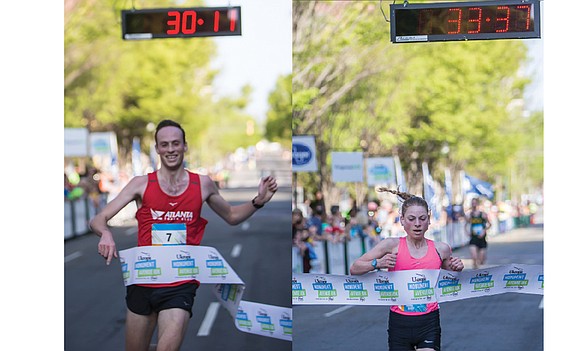 In case no one has noticed, the annual Monument Avenue 10K has changed dramatically.

The event continues to draw more than 25,000 participants and ranks among Richmond’s best organized and most anticipated community activities.

It’s only at the front of the pack that you spot the difference.

Starting with the inaugural race in 2000, the first 15 men’s winners were natives of the African nations of Kenya, Ethiopia and Somalia.

Since 2015, all winners have been affiliated with the Collegiate Running Association, or CRA. In 2015, the event’s organizers, Richmond Sports Backers, determined that all prize money would be awarded only to members of that group.

Since then, African runners have not participated.

The CRA has declared the Monument 10K as its national championship for that distance. Winners receive $2,000, with runners-up getting $1,000. There are cash payouts for the top 10 finishers.

To qualify as a CRA member, an athlete — generally a graduate student — must take at least one collegiate class, which can be online.

This year’s champs were Matthew McDonald (in 30:10) from Atlanta and Bethany Sachtleben (33:36) from Alexandria. Both prevailed by comfortable margins.

Still, finishing times have slowed since the change in distribution of awards. Despite ideal weather, McDonald’s time was well off the record of 28:07 set by Kenyan Reuben Chebii in 2004.

The women’s race also has lost its international flavor.

Former women’s winners included runners from Kenya, Ethiopia, Morocco, Russia, Canada and the Czech Republic. All winners have been American since 2014.