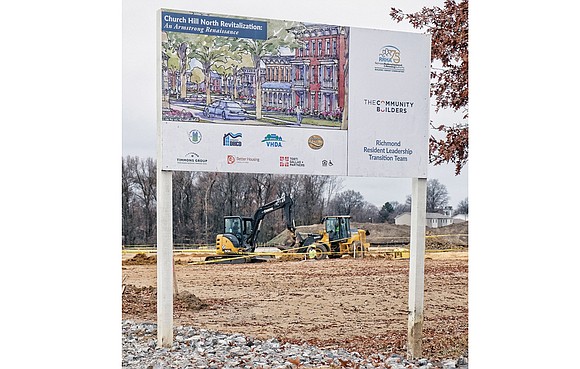 Some of the costliest apartments in Richmond are being built on the former site of Armstrong High School in the 1600 block of North 31st Street in the East End — miles away from the hot development centers of Manchester, Scott’s Addition and Downtown.

City documents show, and officials confirm, that the initial elements of the development — 60 townhouse-style apartments and 45 rental residences for seniors — will cost between $23 million and $25 million to build, or an average of $219,000 to $238,000 a unit, depending on the final tab.

That price tag does not include the additional $8 million to $9 million in city tax dollars used to remove the old school building and to install streets, alleys and utility lines on the 22-acre property.

The bottom line: Apartments largely targeted for people with lower incomes, including some public housing residents in nearby Creighton Court, are costing between $42,000 to $70,000 per unit above the cost that private developers are spending on other apartment projects.

For example, the Better Housing Coalition is in the process of creating 52 apartments for lower-income people at the former Citadel of Hope on Venable Street in Church Hill, about a mile and a half southwest of the former Armstrong School site. Cost: $9.2 million or $177,000 per unit.

In Jackson Ward, the private EGP Properties LLC is developing 167 units of market-rate apartments. Cost: $28 million or $168,000 per unit.


In fact, based on a review of published reports on apartment construction in Richmond, the Armstrong site development appears more comparable in cost to the 12-story, 237-apartment complex being built along the Canal Walk at a cost of $58 million according to published reports. Cost per unit: $244,700.

In the case of the Armstrong site apartments, the nonprofit developer is unlikely to include electricity, internet and similar items in the rent, which is often the case in more upscale developments that charge higher rents.

The Richmond Redevelopment and Housing Authority, which is overseeing the Armstrong site development for the city, has not responded to several Free Press queries seeking an explanation for the high cost.

One person willing to explain was Lee Downey, the city’s chief development officer, who has led the effort to secure City Council approval for the development.

He said The Community Builders, the Boston-based nonprofit developer hired by RRHA to undertake the development, is facing more government red tape that is adding $8 million to $10 million to the construction cost.

“That’s why most private developers don’t want to be involved,” he said.

TCB spokeswoman Jacquinn Sinclair also tried to explain. She stated that TCB is spending $15 million to build the first 105 units, or about $142,000 a unit, “which we believe compares favorably.”

Ms. Sinclair initially attributed the extra $8 million to $10 million TCB is spending to build the units to the cost of securing low-income tax credits to cover part of the cost of “delivering apartments at rents affordable to low and very low income residents.”

However, she also stated that the costs involved in securing funds from selling the credits to private companies or banks “are more than offset” by the funding that has been secured.

Ms. Sinclair also stated that TCB is spending extra money to improve the units’ energy efficiency, hire local residents and meet federal wage requirements, though she offered no specifics on how or why such policies would add so substantially to the cost of construction.

She did not mention the fact that RRHA and TCB chose a more suburban design rather that pushing to develop more units for the same money and reduce the per unit cost providing housing for more families.

The majority of City Council did not consider the pricey development cost in December in rubber-stamping a request from Mr. Downey to infuse an additional $4.9 million into the Armstrong site project.

Councilwoman Cynthia I. Newbille, 7th District, who represents the area and led the fight to secure the $4.9 million, did not respond to a request for comment on the fact that the Armstrong apartments are proving far more expensive to build that other private complexes.

One council member who is concerned is Kim B. Gray, 2nd District. She opposed providing the additional $4.9 million.

“I am not so much opposed as frustrated that I cannot get any information on this project to help me understand this investment,” she said. “I need to see what we are getting for the money that taxpayers are putting into this effort.

“I think it is reasonable for the developers to provide a package of information to show what kind of material is being used, what kind of kitchens are to be installed and other details like that,” she said. “We need to know that we are getting a good value, but no one wants to talk about that.”

Presented information about the cost per unit, Ms. Gray said she was unaware that the construction cost was so high. In her view, that is another aspect on which the council deserves more details from RRHA and its development partner.