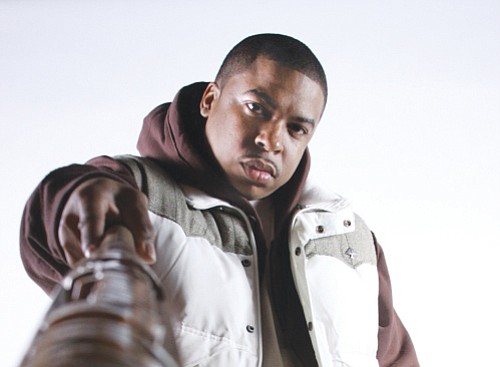 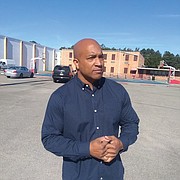 Richmond City Councilman Michael J. Jones stands in front of the Southside Community Center on Old Warwick Road as he talks up his plan to rename the 18-acre city property for Lonnie Battle, a popular local DJ known professionally as DJ Lonnie B.

A brewing battle over an unusual proposal to rename a city recreation center in South Side for a popular area DJ has exposed a largely unnoticed snafu involving the city property.

Ninth District City Councilman Michael J. Jones disclosed what he calls “the big mistake” as he began his campaign to rename the Southside Community Center in honor of Lonnie Battle, aka DJ Lonnie B, who grew up near the center but now lives in Chesterfield County.

The proposal is drawing pushback from current and past members of City Council.

Four years after purchasing the 18-acre property that was the former ROC church for $1.7 million, City Hall has given up on using most of the existing buildings to create a major indoor recreational and service complex on the site at 6255 Old Warwick Road, Councilman Jones said Monday.

A closer inspection of the multiple buildings, which in the councilman’s view was not properly done before the purchase, has found that the majority of the structures would be too costly to renovate.

As a result, they are slated to be demolished, he said, so plans could be made for future construction of replacement space. When that might happen remains uncertain, given the city’s limited debt capacity and need to focus on decaying schools.

The buildings marked for demolition include the former Richmond Outreach Center’s sanctuary, education space, teen recreation center and chapel, he said. Those buildings are now boarded up.

Along with three sports fields and a skateboard park, that would leave the center with two buildings, a large multi-use gymnasium that the city spent more than $2 million to renovate and that also includes offices, a computer lab and meeting space; and a metal building that houses a practice space for Jerry Royster’s city-sponsored Cobra Boxing Academy and a fully furnished fitness center that is expected to open soon.

Councilman Jones loves the center, but wishes the city had developed the indoor recreation center at the Broad Rock Sports Complex, three miles southeast at Warwick and Broad Rock roads, where it originally had been planned to go. That would have allowed the city to use the Southside Center property for a mixed-use development that could have created jobs and new tax revenue.

The purchase happened well before Councilman Jones took office in 2017 and was approved while Dr. Dwight C. Jones, no relation, was mayor and Michelle Mosby was the 9th District City Council representative.

Trying to make the best of the situation, Councilman Jones is advocating for renaming the center for Mr. Battle as a way to attract more people to take advantage of its offerings, including youth and adult sports programs, after-school programs, senior programs and job search and support services.

He said Mr. Battle “is the kind of person ordinary people connect with” as the result of his 23-year career in radio and his DJ work at parties and events such as the 2nd Street Festival and the Art of Noise.

The councilman describes Mr. Battle as an inspirational figure.

“He is from this neighborhood. He grew up here, graduated from Huguenot High and has gone on to do great things in his chosen field,” he said, which “is what we hope for all of our children.”

In the case of Mr. Battle, he has gone on to be “a DJ, a hip-hop artist, an on-air personality, a record producer, an entrepreneur and a staple on the cultural and arts scene,” the councilman said.

In a resolution he plans to introduce in November, Councilman Jones notes that Mr. Battle also is one of the “go-to professionals to break new recordings of national hip-hop and R&B artists” and has been recognized by major record labels for his influence.

Councilman Jones said he talked with people in the 9th District, council colleagues and the administration before asking the City Attorney’s Office to draft the legislation.

He pointed to the mostly congratulatory comments the proposal has generated after he posted the announcement. Mr. Battle stated he was “humbled” by the nomination in his posted response.

However, before he introduces the legislation, Councilman Jones said he has scheduled a public meeting for 6 p.m. Thursday, Nov. 8, at the center so “people on both sides can express their thoughts and opinions. I seek to lead, but I also listen.”

He said he could reconsider if he hears “overwhelming opposition.”

He recognizes that City Council generally has named its streets and buildings for the deceased. “I’m trying to do something different,” the councilman said.

However, the renaming proposal does not sit well with 2nd District Councilwoman Kim B. Gray, who said her phone has been ringing off hook from people who are opposed.

Ms. Gray, who is pushing to rename the Boulevard in honor of Richmond-born tennis great Arthur Ashe, said she agrees with callers that it would not be appropriate or fitting to honor Mr. Battle, whom she said lacks the stature and résumé of service typical for people who get their names on Richmond’s buildings and streets.

Plus, he has moved out of the city, she said, which should make him ineligible.

She said that her constituents do not want the city spending money on new signs and name changes while neglecting services and raising taxes.