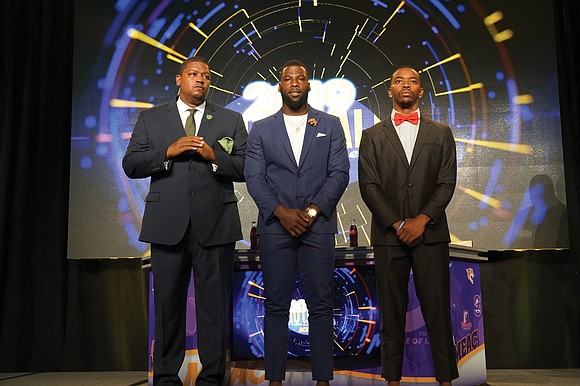 Norfolk State University football seems to be stuck in the middle of the MEAC pack.

The Spartans are picked to finish seventh this season among teams in the athletic conference, based on voting by coaches and the media at the recent MEAC Preseason Banquet in Norfolk.

NSU was 4-7 overall and 2-5 in the MEAC last season under Coach Latrell Scott.

The Spartans are 16-28 overall and 13-19 in the MEAC during Coach Scott’s four seasons in Norfolk.

Spartans senior linebacker Nigel Chavis was selected to the second team preseason All- MEAC squad. An alumnus of Richmond’s Armstrong High School, Chavis had 71 tackles in 2018, including 5.5 sacks and 13 tackles for losses. He also recovered two fumbles and forced two more loose balls.

NSU opens its season on Aug. 31 at Old Dominion University. Its home opener is Saturday, Sept. 7, against Virginia State University.