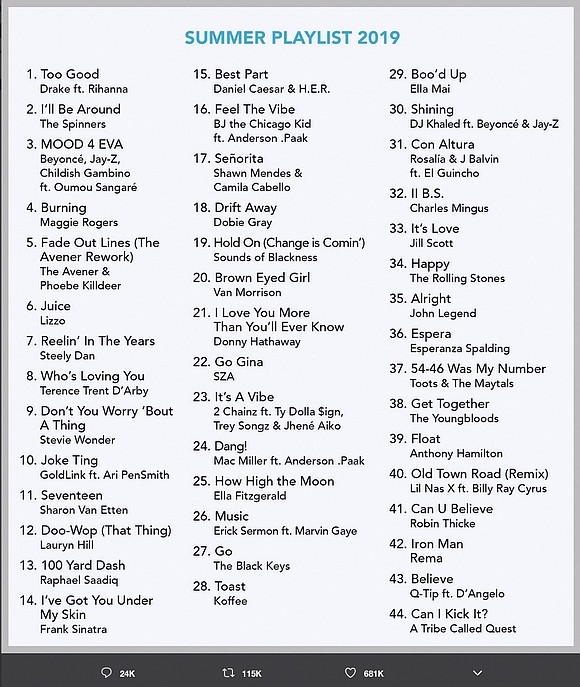 Barack Obama may be the former president, but he’s still got it going on.

Just check out the summer playlist he released last Saturday via social media. It has everyone from Beyoncé and Drake to Steely Dan and Frank Sinatra.

He tweeted 44 songs — get it? — that he and his wife, former First Lady Michelle Obama, have been listening to. They include Drake’s “Too Good,” Steely Dan’s “Reelin’ in the Years” and the Sinatra standard “I’ve Got You Under My Skin.”

Other choices include “MOOD 4 EVA,” the “Lion King” song with Beyoncé and Jay-Z; “Old Town Road (remix) by Lil Nas X ft. Billy Ray Cyrus; Jill Scott’s “It’s Love;” “Can I Kick It?’ by A Tribe Called Quest; and “Hold On (Change Is Comin’) by Sounds of Blackness.