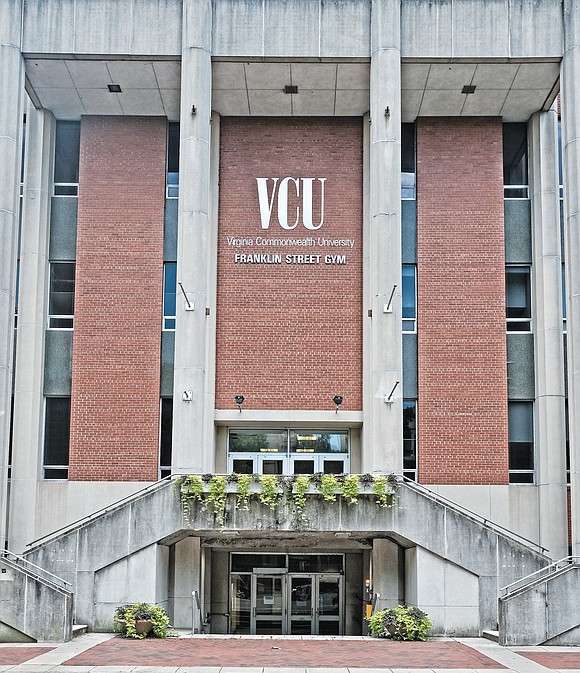 Entrance to Virginia Commonwealth University’s Franklin Street Gymnasium has a date with the wrecking ball.

The original gym was a photographer’s nightmare. One shutterbug said it was like “shooting in a mine shaft.”

Jim Granger, a sports reporter at the time for WWBT-12, pleaded on air with VCU to “add a few lightbulbs.”

The first game at the “new” and better-illuminated gym was a VCU 105-86 matinee victory over Bluefield State on Dec. 5, 1970. It was considered the Rams’ homecoming.

On Dec. 28, 1970, in the new building, the Rams, under Coach Chuck Noe and the NAIA umbrella, drew national headlines with a 63-56 overtime win over the University of Minnesota, a member of the Big 10.

On Feb. 20, 1971, Charles “Jabo” Wilkins scored 40 points (matching his jersey number) in a win over Virginia Union University. Prior to the game, Wilkins’ No. 40 was retired.

Rams basketball was slow in gaining popularity and good seats were always available.

But there was one notable exception.

On Feb. 10, 1971, a few hundred Old Dominion University fans arrived at VCU with pre-purchased tickets in hand. The problem was the gym was already filled to capacity and the Monarchs fans, understandably steaming, were turned away.

Because of that incident, VCU and ODU would not play again until 1977.

At that time, VCU had big-time talent even if it wasn’t a well-recognized basketball program.

The “new” gym only seated about 1,500. At the time, it was said to be out-dated before it was ever built. To allow for more fan seating, teams sat on folding chairs at ends of floor.

In 1971, the Rams began moving their bigger games to the Richmond Coliseum. However, they continued playing some at the Franklin Street Gym through the 1978-79 season.

Here’s a secret. The rim at the west end of new gym was about 1.5 inches shorter than the standard 10-foot height. The Rams always shot at that end during the first half of their games and put the games away early. That’s a real home court advantage.

The Rams lost much of their “home edge” in playing for three decades at the Richmond Coliseum. During that period, VCU rarely got to practice on the same floor upon which it played its games.

VCU continued playing at the Coliseum until the opening of the 7,700-seat Siegel Center on Nov. 19, 1999, with a win over the University of Louisville.