Virginians showing up all around the NBA

The NBA’s Indiana Pacers will have something of a Virginia look for the 2019-20 season. 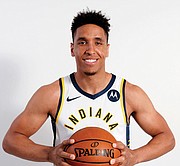 After three seasons with the Milwaukee Bucks, Brogdon is headed to Indianapolis as a “sign and trade” acquisition. The Bucks get one first round and two second round draft picks in future years in exchange. 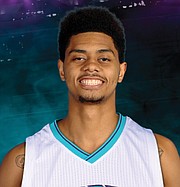 The son of Rolando and Angela Lamb, Jeremy Lamb was born May 30, 1992, in Henrico County. His dad was a star guard for Virginia Commonwealth University from 1980 to 1985 and is now a pastor with Faith & Family Church in Chesterfield County.

Signing with the Pacers as a restricted free agent, Lamb averaged 13 points, four rebounds and two assists this past season for the Charlotte Hornets.

The Pacers are losing another athlete with Virginia links.

After one season with Indiana, Kyle O’Quinn, a former Norfolk State University center, has signed a free agent deal with the Philadelphia 76ers.

Three-dom fighter: Former VCU standout Troy Daniels is taking one of the NBA’s most accurate 3-point shots to the Los Angeles Lakers.

The 6-foot-4 guard played the past two seasons in Phoenix after previous stops in Houston, Minnesota, Charlotte and Memphis.

Man on the move: In the space of about two days, Treveon Graham was a member of the Brooklyn Nets, the Golden State Warriors and the Minnesota Timberwolves.

The NBA pays well but isn’t long on security, especially for an undrafted player such as Graham, a former VCU standout who worked his way up to the NBA from the G-League.

Job hunt: Former Petersburg High star Frank Mason is auditioning for a roster spot this summer after being cut from the Sacramento Kings after two seasons.

Mason, a second round draft pick out of the University of Kansas in 2017, is continuing to play for the Kings’ Summer League team as a free agent. The 5-foot-11 guard averaged 5.1 points and 21.9 minutes per game this past season.

Like father, like son: Free agent Ed Davis, having moved from the Brooklyn Nets to the Utah Jazz, has eerily similar stats to his father, Terry Davis. In 640 NBA games from 2010 to the present, Ed Davis has averaged 6.5 points and 6.8 rebounds in 20.2 minutes per game.