Local players have helped NBA teams make it to the finals 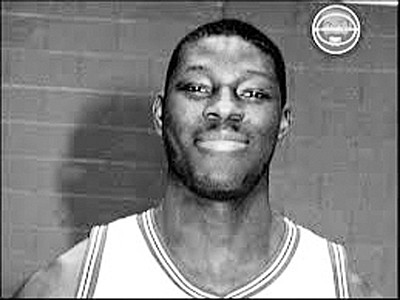 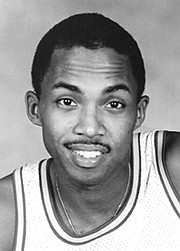 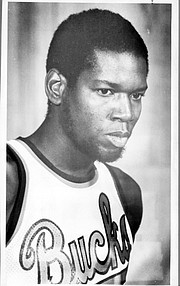 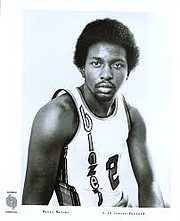 If someone dusted the NBA playoff archives for fingerprints, they would discover ample evidence of Richmond area talent.

Local players have played — and even been leading attractions — on NBA championship teams at least seven times. Make that nine times if you fudge the boundaries a tad.

Here are a few highlights:

Famously, he stole a James Worthy pass to help seal the Celtics’ Game 2 victory in the 1984 finals against the Los Angeles Lakers. In 1990, he made the game-winning layup with 1.8 seconds left to beat the Portland Trail Blazers in Game 4 of the finals.

Bobby Dandridge (Maggie Walker High School, Norfolk State University): The Milwaukee Bucks and Washington Wizards (formerly the Washington Bullets) have each won just one championship. Dandridge was a leading man in each.

Moses Malone (Petersburg High School): Few men ever dominated a playoff final like Malone in 1983 with the Philadelphia 76ers against the Lakers.

The 6-foot-10 center, who bypassed college to go straight to the NBA, averaged 26 points and 15 rebounds throughout the playoffs and was named the finals’ MVP.

He wasn’t far off. Philly lost just one game — to Milwaukee in the Eastern finals.

The chime was working overtime in 2004 when Wallace helped the Pistons to a 4-1 decision over the Lakers. Wallace averaged 12.4 rebounds and 3.2 blocks and was a tower of strength defensively.

It may be a bit of a stretch to include Jerome Kersey from Longwood University in Farmville, but it’s hard ignoring “The Cobra.”

Kersey helped Portland to the NBA finals in 1990 and 1992 and had a role in the San Antonio Spurs’ 1999 championship over the New York Knicks. Kersey played many times in the area against Randolph-Macon College and VUU.

Another champion from the fringe was Hampton University’s Rick Mahorn, who helped Detroit’s “Bad Boys” to the 1989 championship over the Lakers.

There have been other near misses in the NBA finals.

In 1993, Mark West (Petersburg High School, Old Dominion University) was a key man inside for the Phoenix Suns in the team’s loss in the finals to the Chicago Bulls, featuring Michael Jordan.

Charles Oakley (Virginia Union University): 1994 was a banner season for the “Big Oak.” He made the NBA All-Star team and helped the New York Knicks to the playoff finals, losing 4-3 to the Houston Rockets.

The series pitted Hall of Fame centers Hakeem Olajuwon of Houston against Patrick Ewing of the Knicks. Oakley did his share inside, averaging 13.2 points and 11.7 rebounds.

Among those just missing the NBA finals spotlight was Eric Maynor (Virginia Commonwealth University). The former first round draft pick was Russell Westbrook’s backup for the Oklahoma City Thunder before tearing his ACL on Jan. 7, 2012.

The thunder went on to lose to the Miami Heat in the 2012 finals.

Paul Pressey (George Wythe High School, University of Tulsa): Known as the original “point forward,” Pressey and his teams made the playoffs nine seasons without reaching the finals.

Johnny Newman (University of Richmond): The former UR Spider helped teams to playoffs for six seasons but never got to the NBA finals.

But don’t close the book on Richmond’s postseason success.

Among the teams on an uptick are the Brooklyn Nets with Ed Davis (Benedictine College Preparatory, University of North Carolina) and Treveon Graham (VCU).

The Nets improved from 28-54 in 2019 to 42-40 this year before falling to Philadelphia in the NBA playoffs’ opening series.

There’s plenty of time for the area’s stars to pen another chapter for the NBA record book.