VSU’s Lual Rahama plays his way into the spotlight 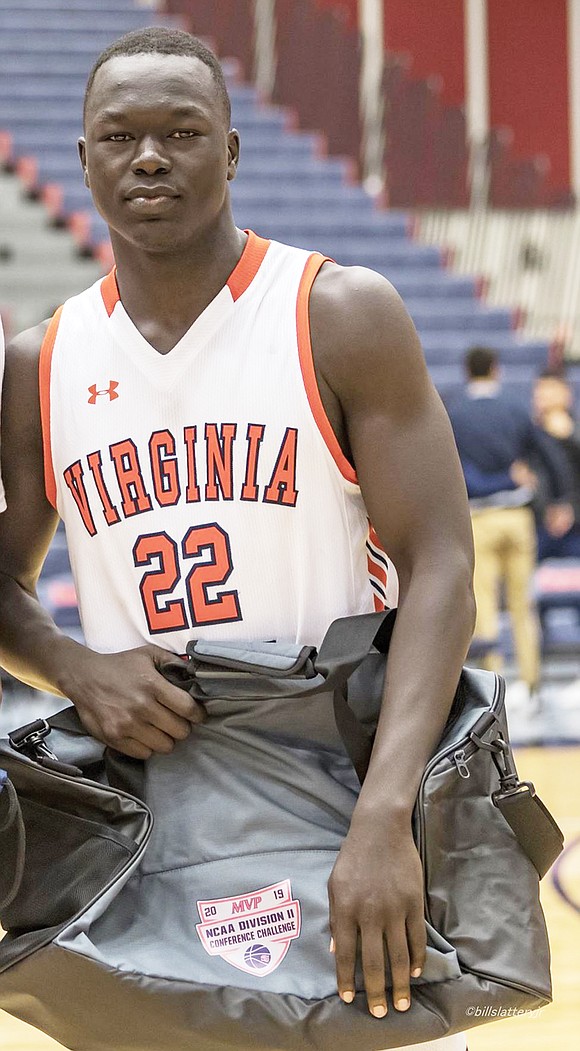 Lual Rahama, answering to “Daniel,” isn’t a new face at Virginia State University. But the Sudan native is new to the spotlight.

In his third basketball season under Coach Lonnie Blow, the long-limbed, 6-foot-5 forward has picked up his game.

Rahama was named tournament MVP after leading VSU to a pair of victories Nov. 8 and 9 in the CIAA versus Pennsylvania State Athletic Conference challenge at Shippensburg, Penn.

Rahama, an excellent student, was born and grew up in Khartoum, Sudan’s capital and largest city. He moved to Newport News as a teenager and starred at Warwick High School, earning all Penn-South Conference honors.

Basketball is a popular sport in the Sudan and South Sudan. Manute Bol, Thon Maker and Lual Deng are among the Sudanese to reach the NBA.

Pennsylvania for the challenge between the CIAA and the PSAC wasn’t nearly as enjoyable.

The Panthers lost 77-62 to Shippensburg and 84-64 to East Stroudsburg.

Senior guard Terrell Leach was outstand- ing in both defeats. The 6-foot native of High Point, N.C., had 23 points against Shippensburg and 31 against East Stroudsburg.

Catawba is the alma mater of VUU’s Hall of Fame basketball Coach Dave Robbins. At Catawba, Robbins starred in basketball and football and had a serious tryout with the NFL Denver Broncos.