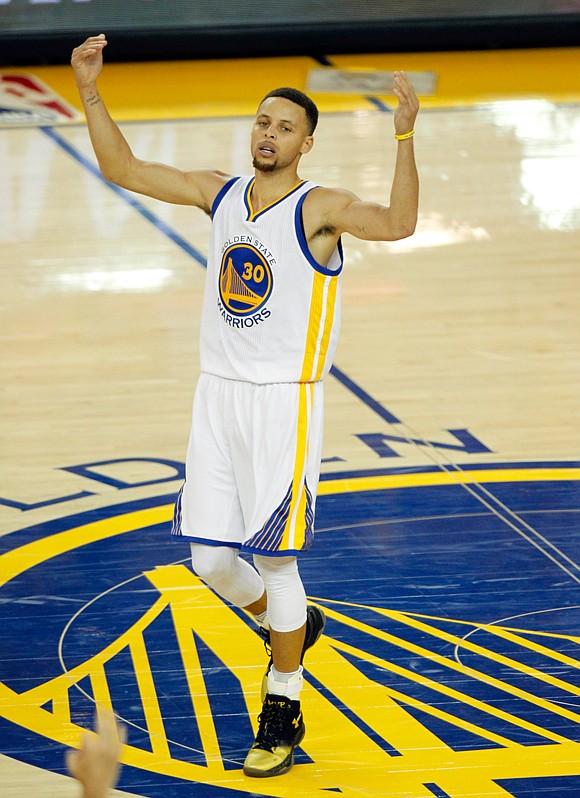 There are buckets of money to be made playing professional basketball, if you’re very, very good at it.

Steph Curry, while currently rehabilitating from a broken hand, is the prime example.

Lightly recruited in high school, the veteran guard with the Golden State Warriors is the world’s top paid player with a 2019-20 salary of $40,231,758 — an NBA record.

Even the lowest paid NBA athletes are rich by “normal person” standards. The minimum rookie deal is for $898,310.

Virginia can make a partial claim to Curry. Born in Charlotte, N.C., he is the son of former Fort Defiance High School and Virginia Tech star Del Curry, and brother of former Liberty University and Duke guard Seth Curry.

Local athletes are among those benefiting from the NBA’s lucrative salary scale.

Former VCU players Troy Daniels and Treveon Graham should be able to pay their bills. Daniels’ salary with the L.A. Lakers is $1,620,564. Graham is making $1,645,357 with the Minnesota Timberwolves.

Three rookies out of NCAA champion University of Virginia should have fat wallets. De’Andre Hunter’s NBA salary is $2,068,360 with the Atlanta Hawks.

Kyle Guy signed a two-way contract with the Sacramento Kings-Stockton Kings NBA G League for $79,568, although that is expected to be prorated to the NBA minimum $898,310.

Here are the highest salaried players on each NBA team for 2019-20: