Grand Illumination gets the bah humbug 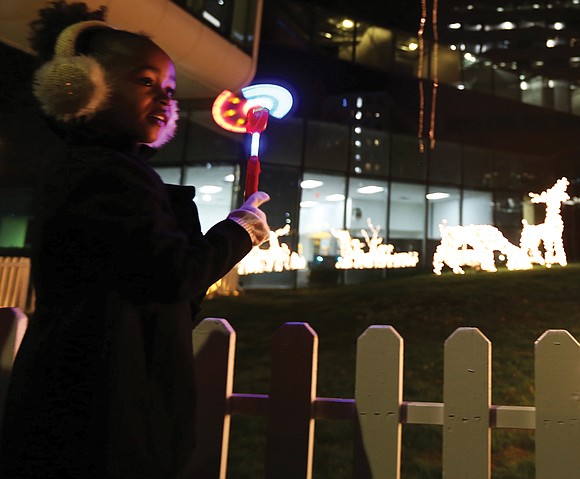 For 34 years, the Grand Illumination has been a major part of Richmond’s official launch of the holiday season and a prelude to the Christmas Parade along Broad Street to escort Santa Claus into Downtown.

But that’s about to change.

While the big parade is on track to return at full strength on Saturday, Dec. 7, the Grand Illumination is set to lose much of its dazzle and shine.

City Hall announced Tuesday that it would host a downsized Downtown Illumination ceremony that some are dubbing “the Modest Illumination” at a nearby city park.

The change stems from the decision of the new owners of the James Center. They have declined to carry on the lighting event that included turning on tens of thousands of white lights on reindeer decorations set up on the landscaped plaza of the office and hotel complex at Cary and 10th streets.

Mayor Levar M. Stoney announced the new illumination ceremony would take place at the city’s Kanawha Plaza at 8th and Canal streets at 5:45 p.m. Friday, Dec. 6 — about two blocks south and west of the James Center.

Details have not been announced, but the city’s event will struggle to match the flair of the Grand Illumination, a big family-friendly event that included live music and children’s activities along with the countdown to turn on the holiday lights in Downtown.

The location of the James Center also encouraged people to stroll from the event to nearby Shockoe Slip and Shockoe Bottom, where other related public activities and parties go on, including a city-sponsored holiday event at Main Street Station.

The illuminated holiday scene also proved to be a significant nighttime attraction for visitors as well as area residents.

The Richmond Department of Parks, Recreation and Community Facilities has been tasked with putting on the city’s new illumination ceremony, the announcement stated.