If Virginia State University is to be successful this fall, it needs to dominate the Carolina portion of its schedule.

If VSU runs the table, it would set up a climactic homecoming showdown on Saturday, Oct. 19, with defending CIAA champion Bowie State University of Maryland. 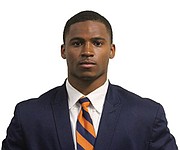 The Trojans’ short and powerful Demetrius Strickland has taken off like a cannon ball in the VSU ground game. At 5-foot-8 and 190 pounds, the explosive sophomore from Hampton High School burned St. Augustine’s for 114 yards and two touchdowns on 17 carries. 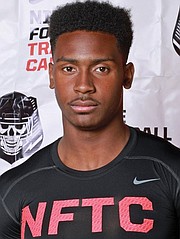 The Hampton area has been good to VSU. The Trojans’ all-time rushing champ, Trenton Cannon, hails from Hampton’s Bethel High School. The yardage leader prior to Cannon, Kavon Bellamy, is from Hampton High.

Strickland has plenty of help toting the leather. Senior Corderal Cook is a dangerous run-option quarterback, and Darius Hagans from Chesapeake and Toure Wallace from Chicago helped accumulate 235 yards in last Saturday’s game. Even Javon LaPierre, a receiver, got into the rushing act with an early 5-yard touchdown run.

Johnson C. Smith (1-2) has a punishing ground game of its own. Emanuel Wilson, a 210-pound sophomore from Roanoke, has run for 471 yards in three games, averaging 8.3 yards per carry.

A VSU defensive leader has been Shakym Peters. The senior defensive back had five tackles against St. Augustine’s and broke up two passes. Like quarterback Cook, Peters transferred to VSU from Alabama State University. Coach Barlow was at Alabama State prior to arriving in Ettrick.

The VSU kicking game has been solid as well. Nicholas Woolfolk, aka “Nick the Kick,” boomed field goals of 22 yards and 42 yards in Raleigh and averaged 60 yards on kickoffs. Woolfolk is from Richmond’s Thomas Jefferson High School.