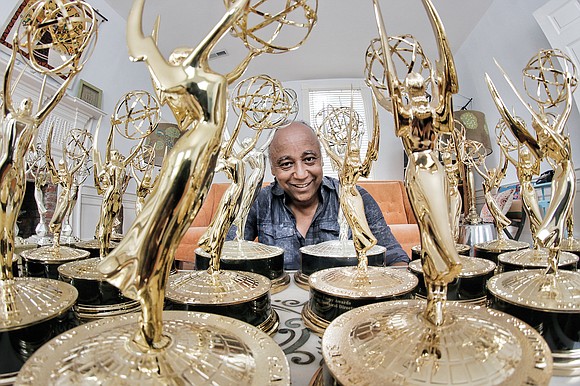 Jesse Vaughan has directed such films as “Juwanna Mann” and “The Last Punch.” And in recent years, he has turned Virginia State University into a film powerhouse in the creation of commercials, documentaries and short films.

The 61-year-old Richmond native has received fresh recognition for his decades of work as a director, producer and filmmaker.

The award, along with regional Emmys, were presented during a virtual ceremony last Saturday.

Mr. Vaughan was cited for earning more than 30 Emmy Awards for his work in Hollywood and at VSU and doing so “after experiencing great tragedy and while caring for his aging mother, who has been diagnosed with dementia.”

Mr. Vaughan, who is a member of the Virginia Communications Hall of Fame at Virginia Commonwealth University, is not resting on his laurels.

Along with the lifetime achievement award, Mr. Vaughan and the VSU division he leads won four regional Emmys in the competition. The NATAS’ National Capital Chesapeake Bay Chapter encompasses the area that includes Richmond, Norfolk, Washington and Baltimore.

Three of the Emmys were awarded for VSU’s 5-minute short video, “Say Her Name – School of Thought,” which recognizes Black women and girls like Sandra Bland, Rekia Boyd, Aiyana Jones and others who have died at the hands of police or in unjust ways.

The emotional video won the Emmy in the public, current or community affairs category, and Mr. Vaughan won the editor Emmy for his work in creating the video.

The Emmy for writing also went to Dr. Zoe Spencer, a VSU professor of sociology, social work and criminal

justice, who created and delivered the essay in the video. Dr. Spencer said she conceived “Say Her Name” to pay homage to women killed in the present day and the past and to give the often overlooked female victims of racism and police brutality more attention.

The video features Dr. Spencer speaking, with photographs and video clips spliced in by Mr. Vaughan to show what has happened to the women.

Mr. Vaughan and his division also were awarded an Emmy for the commercial “Study Jazz at VSU” that has been used by the university to promote the program.