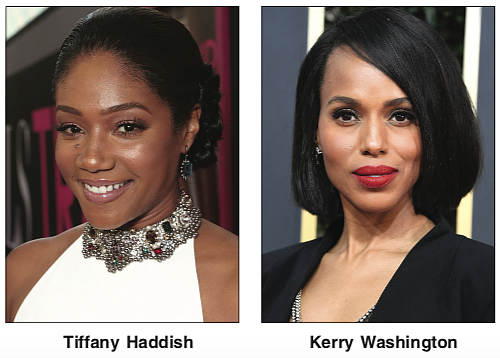 The 2020 Golden Globe Awards, presented Sunday by the Hollywood Foreign Press Association, drew criticism this week for its lack of winners of color.

With the exception of an array of diverse presenters, the awards show was largely white.

Even in host Ricky Gervais’ opening monologue at the glitzy event held at the iconic Beverly Hills Hotel in Los Angeles, the jokes started.

“The Hollywood Foreign Press are all very racist,” Mr. Gervais said in explaining why “many talented people of color were snubbed in major categories.”

The night started off promising, with Ramy Youssef nabbing best actor in a TV series musical or comedy honors for “Ramy.” But after that, most of the winners were white, spanning film and TV.

The nominations included Beyoncé for best original song, “Spirit” from the movie “The Lion King.” She lost to Elton John and Bernie Taupin for “(I’m Gonna) Love Me Again” in the film “Rocketman.”

“So by now we can all agree there’s been a whole lot of white people handing off trophies to other white people, right?” one unhappy viewer tweeted.

“Golden Globes are so blaringly white and male!!! Do better!!!” another person tweeted. There also was flak because no female directors were nominated for awards.

Many believed Ava DuVernay should have received a nod for “When They See Us,” a gut-wrenching Netflix series about the five teenage boys of color who were wrongfully convicted of an attack in Central Park in 1989.

Awkwafina was the only person of color to win a major film award — for best actress in a musical or comedy for “The Farewell.” She also became the first person of Asian descent ever to win in that Golden Globe category.

The parade of winners came in stark contrast to the group of presenters, which offered a more diverse portrait of Hollywood, with Tiffany Haddish, Priyanka Chopra, Kerry Washington and Salma Hayek among a lengthy list of stars to grace the stage.

In recent years, Hollywood has made a commitment to foster a more inclusive community in the wake of the nominations announcement for the 87th Academy Awards that launched the #OscarsSoWhite hashtag in 2015. But efforts to put more people of color behind and in front of the camera have yet to trickle down in a significant way when it comes to Hollywood’s top awards.