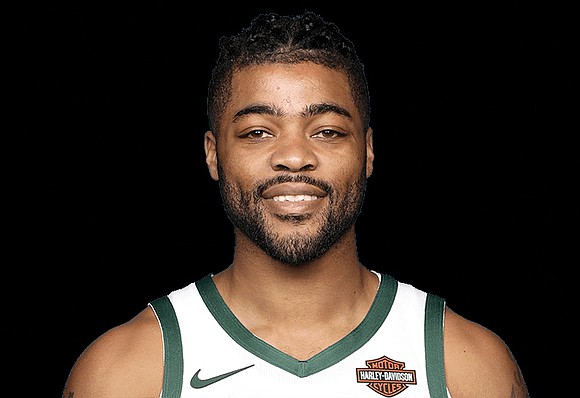 Frank Mason III is dribbling down the comeback trail with the desired final destination only 88 miles away.

The former Petersburg High School and University of Kansas basketball sensation is suiting up for the Wisconsin Herd of the NBA G-League.

The Herd is an affiliate of the high-flying NBA Milwaukee Bucks, located an 88-mile drive south of the Herd’s home in Oshkosh, Wis.

Mason was signed by Milwaukee July 24 after being cut by the NBA’s Sacramento Kings on July 4.

“That’s why (the Bucks) got me. They needed another point guard,” he told the Milwaukee Journal Sentinel newspaper.

So far, the 25-year-old, 5-foot-11 Mason is tearing up the G-League, averaging 24 points, four rebounds and six assists after 10 outings.

Mason is operating on a two-way contract with the Bucks, with a guaranteed contract of about $80,000. However, that figure can mushroom with more time spent on the active Milwaukee roster.

So far, Mason has dressed only for four games for the Bucks when guards Eric Bledsoe and George Hill were injured.

“I love the Bucks’ chances for sure,” Mason told the Journal Sentinel. “They’ll go far.”

Mason spent the preseason training with the Bucks in Madison, Wis., and joined several members of the team, including Antetokounmpo, during the Las Vegas Summer League.

“I got to play some 1-on-1 with Giannis in Vegas,” Mason said. “He’s a 7-foot bully, unstoppable in transition. He’ll make my job (as point guard) much easier.”

Mason, whose nickname “The Phenom” is tattooed on his right forearm, has dazzled everywhere he has laced up his sneakers.

He was an All-State guard at Petersburg High School, twice leading the Wave to the state finals at the Siegel Center.

As a senior at the University of Kansas, he was the consensus National Player of the Year and also the winner of the Bob Cousy Award, which goes to the nation’s top point guard.

Despite some considerations about his height, he was picked by Sacramento in the second round — 34th overall — of the NBA 2017 draft.

In two seasons with the Kings, mostly coming off the bench, he averaged about seven points, three assists and two rebounds. His playing time diminished during his second season.

No player wants to be cut. But in Mason’s case, he went from a perennial second division club in Sacramento to a bona fide contender in Milwaukee.

The Bucks list five guards on the active roster — Bledsoe, Hill, Sterling Brown, Pat Connaughton and Donte DiVincenzo. As soon as anyone is injured or loses the coach’s confidence, Mason is a quick car ride away.

Players with two-way contracts generally are considered the “16th and 17th men.” Mason and Cam Reynolds are the Bucks’ only two-way performers.

Oshkosh, famous for its children’s apparel company, OshKosh B’gosh, is a nice place to visit.

But in Mason’s case, he hopes to just be passing through while heading for brighter lights.