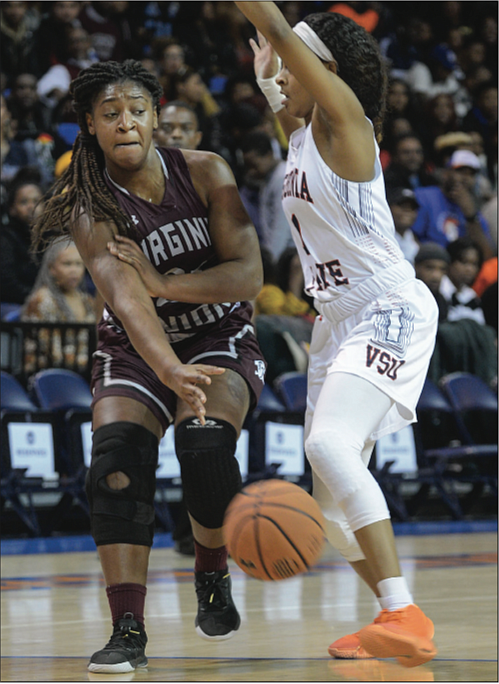 The Virginia Union University Lady Panthers would prefer to have two McNeills in its lineup, but the team will settle for one.

Even with Shareka McNeill sidelined with a knee injury, the Lady Panthers continue to be a dominant team in the CIAA and in the NCAA Division II.

Coach AnnMarie Gilbert’s squad improved to 13-2 overall and 5-1 in the CIAA with a 61-47 win over host Virginia State University in last Saturday’s Freedom Classic at the VSU Multi- Purpose Center.

When Shareka was injured in December, she was leading the NCAA Division II in scoring with 32 points per game.

The McNeill twins are ultraquick 5-foot-6 juniors from Charlotte, N.C. Shareka was named Most Valuable Player of the CIAA Tournament last year held in her hometown.

VUU is now 9-0 against VSU since Coach Gilbert took over as coach.

Autumn Hopson had 11 points and five rebounds for the Trojans, who fall to 8-11.