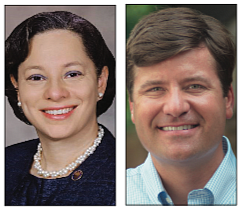 As Virginia and America continue the long overdue work of addressing structural inequity, our Commonwealth has taken one significant step toward fixing a leading cause of loss of land and wealth for African-Americans.

Heirs’ property refers to land that has been passed down informally from generation to generation. In most cases, it involves landowners who died without a will or failed to probate a will within the state’s timeframe and the land is owned “in common” by all of the heirs, regardless of whether they live on the land, pay taxes or have ever set foot on the land.

Tenants-in-common are vulnerable because opportunistic real estate speculators often acquire a share of heirs’ property in order to file a partition action and force a sale, often at a price well below fair market. Such action not only can evict family members living on the property, it can deplete a family’s inherited wealth in the process.

Heirs’ property disproportionately impacts middle- and low-income families and communities that do not have access to affordable legal services to protect their property rights and the families’ inherited wealth. Because the proportion of African-Americans lacking a will is more than double the rate among white Americans, heirs’ property continues to be a leading cause of Black involuntary land loss.

The new legislation, which became law on July 1, was patroned in the state Senate by Sen. Frank M. Ruff Jr., R- Mecklenburg County, with co-patron Sen. Jennifer McClellan, D-Richmond, and patroned in the House of Delegates by Delegate Patrick Hope, D- Arlington, and co-patroned by Delegate Michael Webert, R-Rappahannock County.

It enacts a collaborative solution that was developed by a dedicated work group during the last year and a half that studied the unjust impacts on Virginia heirs’ property owners. It had unanimous support in both chambers.

Over 50 years during the height of segregation and Jim Crow, the number of Black-owned farms in the entire United States dropped by 95 percent from 900,000 in 1920 to under 46,000 in 1974. Shortly thereafter, the rate of development accelerated. According to a new report released last month from the American Farmland Trust, 339,000 acres of agricultural land in Virginia was converted to urban and low-density residential development between 2001 and 2016.

Researchers at Auburn and Tuskegee universities estimate there are 150,000 to 175,000 acres of heirs’ property owned by people of any race or ethnicity in the 36 mostly rural, Southside counties in Virginia valued at $650 million.

Today, those heirs will have the property rights they deserve.

This due process is a step in correcting a wrong that has hurt middle- and low-income communities for far too long. It is just one step in making laws that protect the legal and rightful interest of all people and keeps land in the family to build multigenerational wealth rather than have it destroyed or taken away.

In passing this partition of property legislation, Virginia has demonstrated that our Commonwealth can work together to take significant policy steps that address long-standing racial inequity.

Sen. McClellan represents the state Senate’s 9th District, which includes most of Richmond, all of Charles City County and parts of Henrico and Hanover counties.